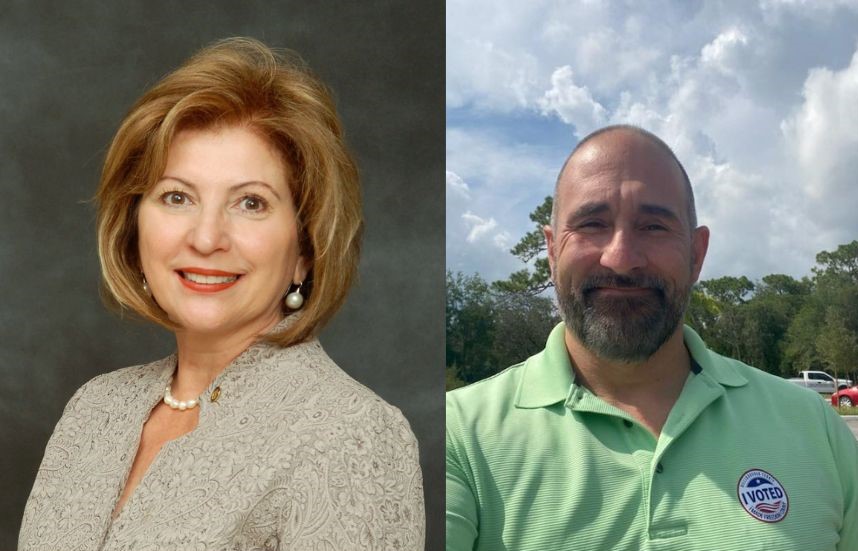 TALLAHASSEE — Republicans have controlled the Florida Senate since the 1990s and are looking to expand their majority in the Nov. 8 elections. Democrats, meanwhile, hope to pick up a couple of seats and chip away at the GOP’s control. Here are five state Senate races to watch next week:

Senate Republican leaders in April endorsed former Rep. Shawn Harrison, R-Tampa, as their candidate to try to defeat Sen. Janet Cruz, D-Tampa, in this Hillsborough County district. But that all changed when Republican Jay Collins entered the race with the backing of Gov. Ron DeSantis. Harrison left the race, and Collins and Cruz are locked in a tight contest in the district, where Democrats hold a slight registration edge. Cruz is a former House Democratic leader who toppled Republican Sen. Dana Young in 2018. Collins served in the U.S. Army Special Forces and received a Purple Heart.

Democrats have traditionally held this North Florida seat, but Republicans are pouring money into former Florida State University football star Corey Simon’s campaign to unseat Sen. Loranne Ausley, D-Tallahassee. The district is anchored by Leon County, a Democratic stronghold, but it includes 12 mostly conservative rural counties and became more purple in this year’s redistricting. Simon has banked on his notoriety as a football player, which also included an NFL career. Ausley is a longtime lawmaker from a prominent Tallahassee family.

With this district almost evenly split between registered Republicans and Democrats, Rep. Joy Goff-Marcil, D-Maitland, is trying to knock off Sen. Jason Brodeur, R-Sanford. The district includes Seminole County and part of Orange County and went for Democrat Joe Biden by 4 percentage points in the 2020 presidential election. Brodeur has a large financial advantage, but Democrats hope he will be hurt by a “ghost candidate” controversy surrounding his Senate election in 2020. Goff-Marcil called on Brodeur to resign and be investigated.

Republican Ileana Garcia unseated Democratic Sen. Jose Javier Rodriguez by 32 votes in a 2020 election shrouded in controversy after disclosures about a sham, no-party candidate who was used to siphon votes from Rodriguez. Garcia faces a challenge in this redrawn Miami-Dade County district from Democrat Raquel Pacheco. But Garcia has dominated fundraising and received large infusions of behind-the-scenes assistance, such as staffing and polling, from the Florida Republican Senatorial Campaign Committee, which spearheads Senate GOP campaigns.

This redrawn Miami-Dade County district is a rarity, an open Senate seat where two first-time candidates are squaring off. The seat is open, at least in part, because Sen. Annette Taddeo, D-Miami, decided to run for Congress. Republican leaders have heavily backed Alexis Calatayud, a former Florida Department of Education official, as they try to pick up the seat and widen their majority. Democrats have countered with Janelle Perez, a business owner and cancer survivor. Democrats hold a registration edge in the district, while nearly a third of voters are unaffiliated.

— Tristan Wood is a reporter for City & State Florida, a sister publication of The News Service of Florida.