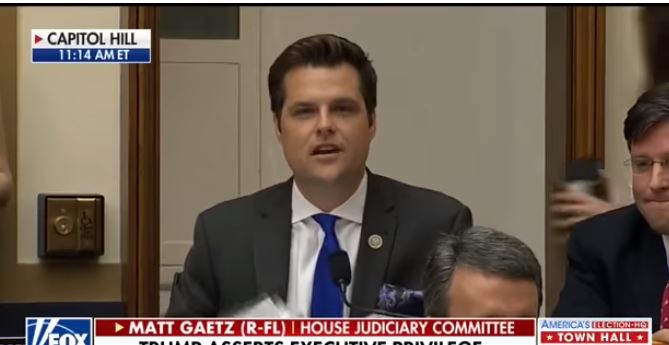 Bar officials said in a statement Wednesday the matter is being examined by a grievance committee. Gaetz represents the Panhandle and is an attorney and Florida Bar member.

Gaetz tweeted: “Do your wife & father-in-law know about your girlfriends? Maybe tonight would be a good time for that chat. I wonder if she’ll remain faithful when you’re in prison. She’s about to learn a lot…”

The potentially intimidating tweet came in February on the eve of Cohen’s testimony criticizing Trump before a House committee. Cohen is imprisoned after pleading guilty to several crimes. According to the Tampa Bay Times, Gaetz initially defended his tweet, calling it ‘witness testing’ rather than witness tampering.

On February 27, just after Gaetz’s tweet, the Washington Examiner wrote that:

The association’s webpage has a link where individuals can file complaints about lawyers registered with the Florida state bar. On the complaint sheet, the association acknowledges the multitude of complaints against Gaetz, saying they are “quite aware of the comments made in a tweet yesterday by Rep. Matt Gaetz, who is a Florida Bar member, and we have opened an investigation.”

Gaetz said in an email he’s confident in the investigation’s outcome. He has gotten support from other Trump acolytes. 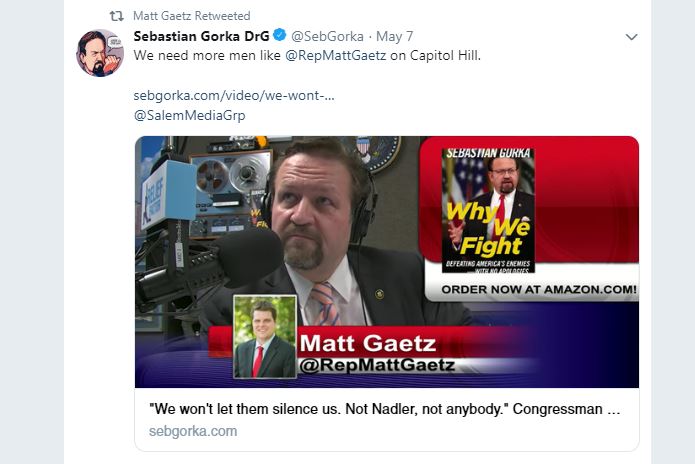