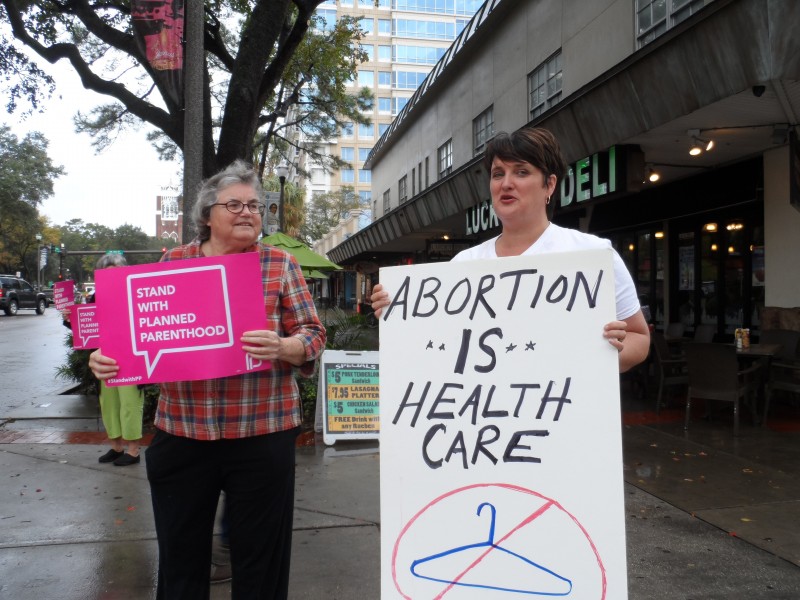 A bill in the Florida Legislature would outlaw abortions once the heartbeat of the fetus has been detected. The bill’s sponsor, Republican Representative Mike Hill told WFLA that his “oath said that I would protect life, liberty and the pursuit of happiness.”

But Amy Weintraub, the reproductive rights program director for Progress Florida, warns that if the bill becomes law, it would severely restrict women’s rights.

“The ‘six-week abortion ban’ bill, or H.B. 235, is sponsored by an anti-abortion extremist from Pensacola. His name is Mike Hill and he’s in the (State) House of Representatives. It bans all abortions from six weeks gestation.

“So that is before many, if not most, women even realize they’re pregnant. A woman could miss her period and not realizes it or just think she’s a little bit late. And then a week or two passes by and, oops, she’s at six weeks gestation before she even takes a pregnancy test. And at that point if his idea was to float, she would not be able to have access to abortion care in the state of Florida.”

Yesterday a judge in Iowa struck down a similar bill as unconstitutional according to the Iowa state constitution. What does Florida’s constitution say about privacy, for example, and how does that impact reproductive rights? And would this bill pass constitutional muster in Florida?

“Oh, it’s blatantly unconstitutional by our state constitution and by our federal Constitution. But Mike Hill does not care about that. He’s trying to get attention and pander to our opposition — the anti-abortion extremists. The fact is this bill is unlikely to get any traction. It doesn’t have a sponsor in the Senate. The House might throw in a committee meeting. But I think that most reasonable elected officials recognize it for what it is.”

Also in the bill, the terminology; usually it’s talking about ‘unborn fetus.’ But in this bill it says the ‘unborn human being.’ why would that terminology matter? Why is it like that in that bill?