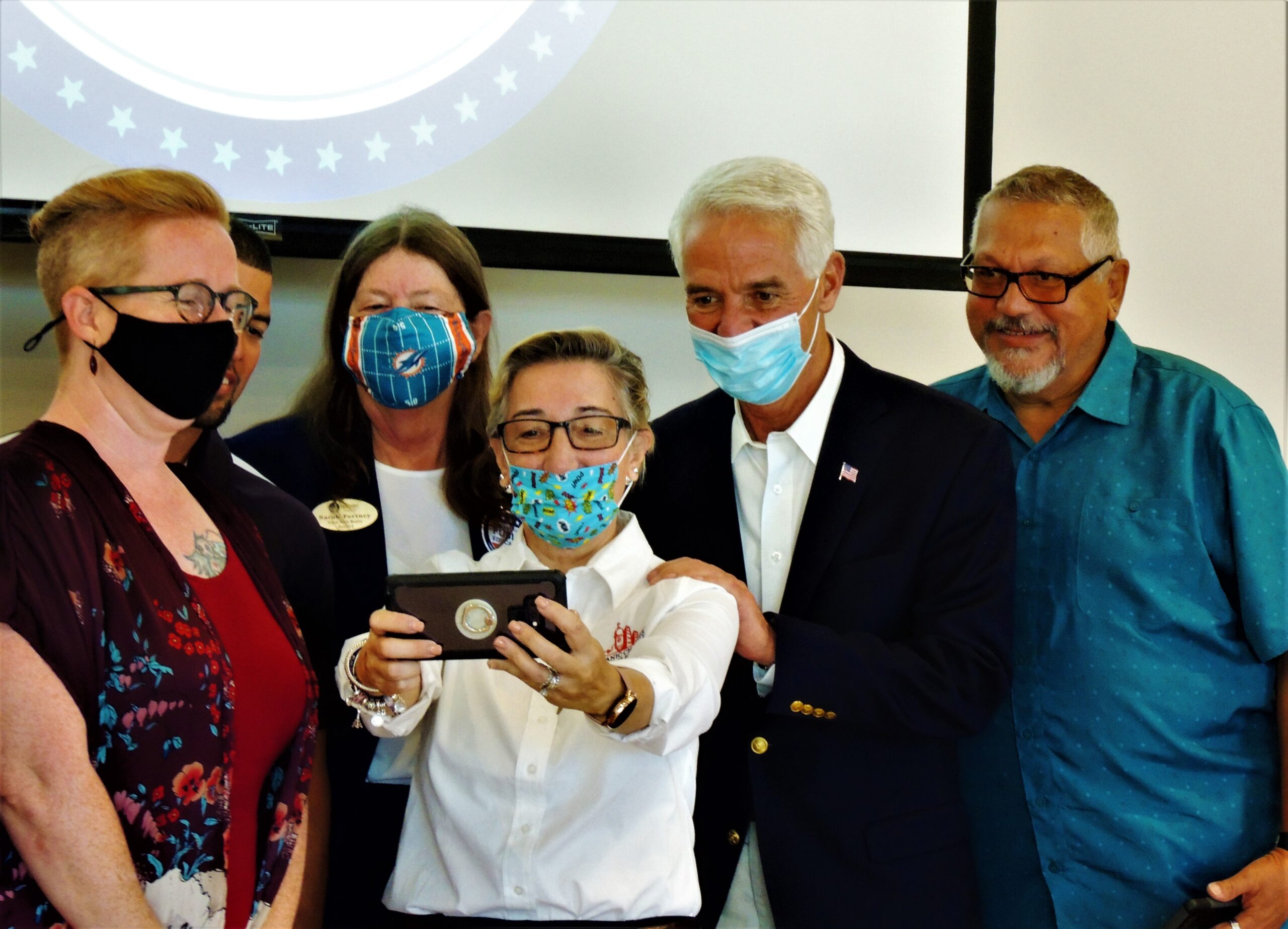 Luis Sanchez stood in a dark green, short-sleeve button-down shirt. One arm held out with a palm facing up. Desperation in eyes magnified by the lenses of thick-rimmed rectangular frames, he made his plea to the once – and possibly future – governor.

Sanchez was born in the small town of San Lorenzo in eastern Puerto Rico. He came, reluctantly, to the mainland 20 years ago and now lives in Winter Haven. He said he hoped to stay on the island, but crippling infrastructure, lack of opportunity and second-class citizenship forced him to leave.

“We work, we contribute to this nation, we go to war,” Sanchez said. “And I need him (Crist) to step up for Puerto Ricans.”

“Being fair to Puerto Rico is offering the opportunity for statehood if she wants it,” Crist said. “And if that occurs, then have all the programs available to every other American be available to our new state of Puerto Rico.”

Much like the larger Latinx community, the diaspora of Puertorriqueños is not a monolith.

The island became a U.S. territory in 1898. Its inhabitants have been U.S. citizens since 1917. But despite being American taxpayers and being eligible to serve in the American military, its citizens cannot vote for President and don’t have representation in congress.

The diaspora is often divided among those who want the status to remain; those who desire independence for the island; and those who want it to be a state since its citizens are already American citizens and taxpayers.

Puertorriqueños on the island tend to agree. A referendum on statehood was part of the 2020 general election ballot in Puerto Rico. That resulted in nearly 53 percent of the vote going for statehood. In 2017, 97 percent supported statehood. And in 2012 it was 61 percent.

But only Congress has the power to grant statehood. And there, Puertorriqueños are divided.

The 2020 referendum was the first to feature a simple yes or no vote on statehood. NY Democratic Congress members responded by filing a bill to establish a status convention for a new referendum that would give Islanders more power and more options. Their bill would include options for independence and a ranked-choice system. Florida Representative Darren Soto filed a bill to make Puerto Rico a state based on the 2020 referendum. Crist said he’s consulted with Soto, who is Puerto Rican, on the status issue.

Moving the base of his power from D.C. to Tallahassee means Crist wouldn’t be able to vote on statehood as he would in Congress. But the Chamber’s founder and president, Ana Rivera, said he could do more to rally for the statehood cause as Governor.

And she said that is the most crucial issue facing Puertorriqueños on the island and on the mainland.

“He can be a conduit for it,” Rivera said. “If he helps us. If he’s elected and he can be the voice because he’ll be the executive of the state. He can then help with those who represent the state in getting this accomplished”