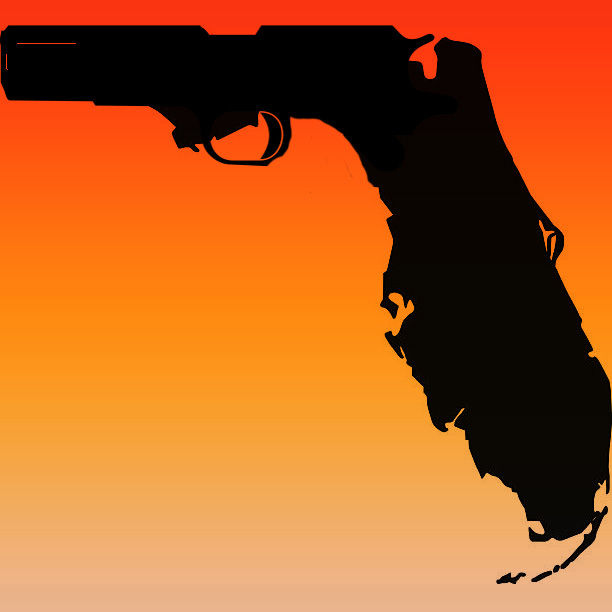 TALLAHASSEE, Fla. (AP) — Less than two weeks after the Florida school shooting, Gov. Rick Scott and Republican legislators announced school safety and gun restriction proposals Friday that would ban the sale of firearms to anyone under 21, but they differed on whether some teachers should carry guns.

The action came as teachers returned for the first time to Marjory Stoneman Douglas High School since the Valentine’s Day shooting that killed 17 people. The Broward County school superintendent said he is adamantly opposed to teachers having guns. But President Donald Trump, who received more than $30 million from the National Rifle Association(NRA) for his campaign, repeated in a speech to a conservative conference that he favors the idea.

Scott, a Republican widely expected to run for the Senate and who has an A+ rating from the NRA, outlined his plan at a Tallahassee news conference. In addition to banning firearm sales to anyone under 21, the governor called for a trained law enforcement officer for every 1,000 students at every school in Florida by the time the fall 2018 school year begins.

Stoneman Douglas High School in Parkland, which has more than 3,000 students, had one armed resource officer, who never entered the school while a gunman was shooting people inside, officials said.

That failure, plus reports of a delay in security camera footage scanned by responding police and several records about 19-year-old suspect Nikolas Cruz’s troubled background added to what the Florida House speaker called an “abject breakdown at all levels.”

Among other things, the governor’s plan would also create a “violent threat restraining order” that would let a court prohibit a violent or mentally ill person from purchasing or possessing a firearm or any other weapon when either a family member, community welfare expert or law enforcement officer files a sworn request and presents evidence to the court of a threat of violence involving firearms or other weapons.

“No one with mental issues should have access to a gun. It is common sense. It for their own best interest, much less the best interest of our communities,” Scott said.

The governor’s plan made no mention of arming teachers on school grounds. However, proposals from legislative leaders outlined by House Speaker Richard Corcoran included one to let a teacher carry a gun in school if he or she has completed the requisite training to be a law enforcement officer. He called that aspect of the plan a “game changer.”

Although Trump and some Florida legislative Republicans favor arming teachers, Broward schools Superintendent Robert Runcie called it a non-starter.
“I am totally against arming teachers,” he said. “They have a challenging job as it is.”

After days of funerals for those killed in the attack, teachers began the emotionally fraught process of returning to the school Friday to collect belongings from classrooms that have been off-limits since the slayings. Following an orientation Sunday for teachers and students, classes resume Wednesday.

Cruz has been jailed on 17 counts of murder and has admitted the attack, authorities have said. Cruz owned a collection of weapons. Defense attorneys, state records and people who knew him have described troubling incidents going back years.
___
Fineout and Farrington reported from Tallahassee, Florida; Anderson from Miami; Freida Frisaro and Jennifer Kay contributed from Miami; and Kelli Kennedy from Parkland.
___
Follow the AP’s complete coverage of the Florida school shooting here.