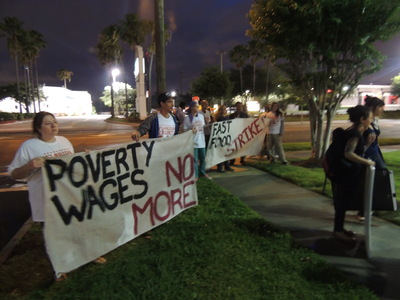 A press release from the group Fight For Fifteen says workers will form a strike line outside of a McDonald’s at 1905 North Dale Mabry Highway Thursday at noon to demand that the U.S. Senate pass a fifteen dollar an hour minimum wage.

Similar actions will take place in Orlando and Miami.

Last year Florida voters passed a constitutional amendment to gradually increase the minimum wage in the state to fifteen dollars an hour.