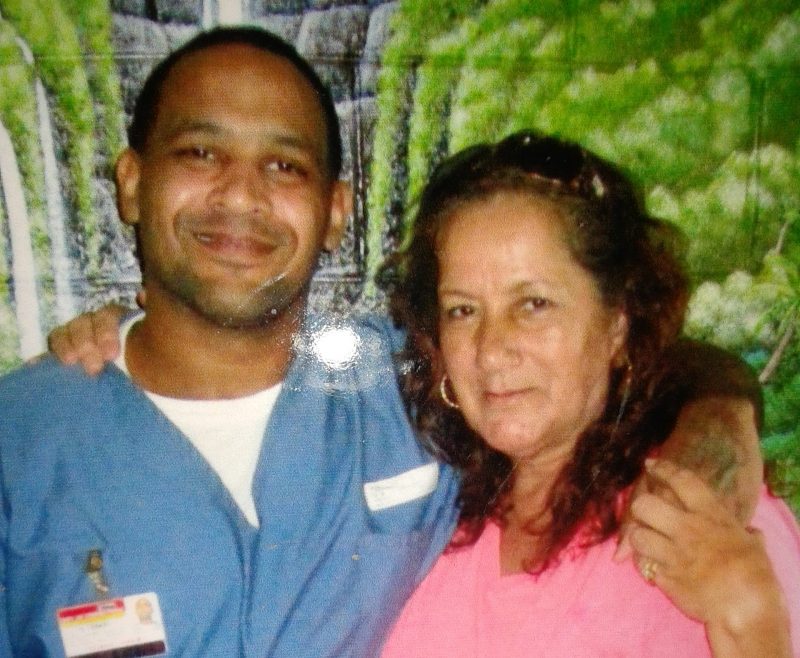 A man is in Tampa’s Orient Road Jail serving a life sentence for a crime that someone else has confessed to; Jeremy Thomas insists he had no role in a robbery at a Hollywood Video store in Tampa in 2002 and he wonders why he’s still in jail a year after a written confession from an inmate incarcerated somewhere else in Florida.

“Basically, I figured I would already be out. I didn’t know the procedure. I’m like: ‘OK, well you have the guy who did it and I’ve always said I was innocent.’ I mean, there’s nothing. They arrested me way after the crime. There was no gun, no fingerprint, no pictures, so with somebody actually coming forward and confessing and they got him, I felt like I would be out already, but, it’s over a year later and I’m here. I’m back in Orient Road and I’m back from prison, but, it’s still a year later and I’m waiting and they’re still up in the air. I don’t know exactly what’s going on. It’s confusing to me, truthfully.”

Thomas says in that 2002 case his public defender did not mount much of a defense.

“Since there was no evidence, there wasn’t too much defense. He was just like: ‘They don’t have a charge, so let’s go to trial and that would be that.’ You know I was young, I didn’t really know. I was 22. So I went to trial and I lost. We didn’t really put on a defense like that, because, they didn’t have nothing and that’s what the lawyer said: ‘There’s no actual physical evidence and I would beat it fairly easy.’ And that’s it. I’m not sure, they put witnesses on the stand. Nobody picked me in court. Nobody did any court identification or nothing and I don’t know, they found me guilty.”

WMNF was able to record this interview with Jeremy Thomas — even though he’s in jail — because he phoned his mother, Roberta Thomas, while we were interviewing her about the man who confessed to the crime.

“He went to the legal gentleman that was at his prison and I guess he needed to get some stuff off his chest, ‘cause of his new charges. And said: ‘I’ve done this, this, and this.’ And the guy’s like: ‘Wait a minute. I know of a young guy that’s serving life for that.’ So, they discussed it. He made a notarized confession and now we need him back here to validate his confession. They also want to bring back the legal gentleman from the prison also, as a witness, that he did tell him that.”

But neither the man who confessed, nor the person he confessed to, has been brought to Hillsborough to testify. Roberta Thomas and her son are frustrated that the state attorney’s office has been slow to do that or to say whether the confessor’s fingerprints were among those recovered at the crime scene.

“We didn’t know that until recently, when the gentleman that actually committed the crime came forward. He implicated a gentleman that worked in there, at that time, a young man that was the ‘inside guy’. What they stated was that this guy said ‘Don’t worry about it. I’ll hunt down somebody that looks like you.’

And there was no physical evidence that connected your son to this crime?

“None. There was fingerprints on the site. The detectives lifted the prints and there was no comparison to my son. There was no videotape. There was 7 employees at the time; 4 said it was not him, 2 said that they don’t remember and 1 said — which we know now was the inside gentleman — said that ‘I have a photographic memory, it was him.’”

Because the person who wrote the notarized confession has not yet testified, Thomas and her son, Jeremy, are asking that his name be withheld.

Jeremy Thomas says he was surprised he was given a life sentence because he only had two previous convictions: both grand theft auto when he was 15. But he says he was never convicted of a violent crime with a weapon. Thomas hopes this confession will mean he won’t have much longer behind bars.

“It was like a weight was lifted. It makes me feel like a lot of relief, at first. Just really happy because I was like: ‘Man, I’m finally gonna be liberated. I’m finally gonna be exonerated, my name is gonna be cleared of this’ and I was happy. Now, I’m feeling more disappointed. I’m worried because it is over a year and I’m still here and nothing’s happened. So, I am worried. But, really, just a relief. It’s been a long 15-years away from everybody I love, everybody I care about, my family. My son was 2 months old when I was arrested. He looks at me eye-to-eye now. We wear the same size shoe.”

Jeremy Thomas had a hearing scheduled for Friday but this week it was postponed.