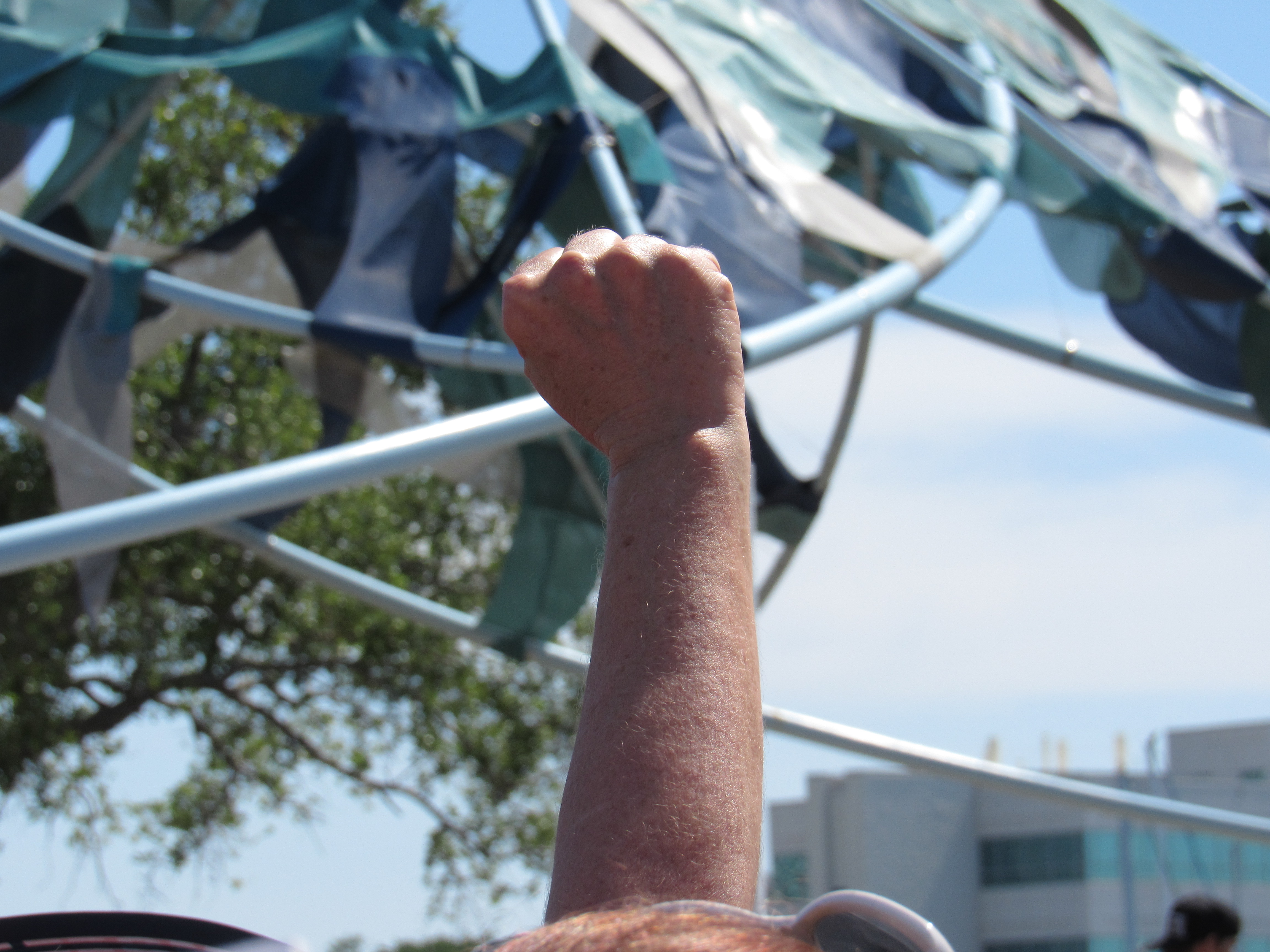 ST. PETERSBURG, Fla. (AP) — Florida in 2018 saw a horrific school shooting, a devastating hurricane that ravaged parts of the state’s Panhandle region, and a contentious election that dragged on for weeks.

A school shooting sent reverberations through the nation, in schools across the country and in the halls of power.

In February, 17 students and staff were gunned down at Marjorie Stoneman Douglas High School in Parkland. The entire world watched as the students who survived organized marches, gave rousing speeches and appeared in countless media interviews, all on the topic of gun control.

“If us students have learned anything, it’s that if you don’t study, you will fail,” said Parkland student Emma Gonzalez during a rally in Fort Lauderdale just days after the shooting. “And in this case if you actively do nothing, people continually end up dead, so it’s time to start doing something.”

The shooting also changed state policy in ways that had been previously unthinkable in Florida’s gun lobby-friendly Legislature. Three weeks after the attack, Gov. Rick Scott signed a bill that raised the minimum age to buy rifles from 18 to 21, extended a three-day waiting period for handgun purchases to include long guns and bans bump stocks, and created a so-called guardian program enabling some teachers and other school employees to carry guns.

Survivors had wanted a ban on assault-style weapons, like the ones the gunman used during the massacre. But the bill didn’t go that far. Still, the National Rifle Association fought back with a lawsuit, saying the measure “punishes law-abiding gun owners for the criminal acts of a deranged individual.”

Category 4 (or will it be reclassified as a Category 5?) Hurricane

The other devastating event in the state came in October, when Hurricane Michael slammed into the Florida Panhandle , killing at least 43 people. It all but wiped the small community of Mexico Beach off the map , and caused massive damage in Panama City and at Tyndall Air Force Base.

Michael was the strongest storm on record ever to hit the Panhandle, and it upended every aspect of life in the Panama City area, from schools to businesses to traffic and electricity. Many people still haven’t recovered. Earlier this month, it was announced that one of Panama City’s two hospitals would lay off 800 people because it was unable to reopen parts of the building due to storm damage, and the city’s largest mall has closed, also due to damage sustained in the storm.

Another disaster also hit Florida’s Gulf communities in 2018, but it was slow moving and spread up the coast over the summer. A massive, naturally occurring red tide bloom began in Naples and eventually drifted north. It killed hundreds of tons of fish, and communities along the coast scrambled to clear the normally pristine beaches from the stinking mess. The red tide also reached the state’s Atlantic coast, which is unusual.

Both types of algae threatened to affect the state’s tourism industry, which scrambled to reassure visitors that many parts of Florida were algae-free.

One of Florida’s major stories centered around politics. Tallahassee Mayor Andrew Gillum became the state’s first black gubernatorial nominee when he won the Democratic primary in August. He faced former Congressman Ron DeSantis, a Republican. The U.S. Senate race was a bruiser, too, with Republican Gov. Rick Scott up against sitting Democratic Sen. Bill Nelson.

Contentious races for U.S. Senate and governor were too close to call on election night . That led to a recount, which dredged up memories of the much maligned 2000 presidential election. In the end, Scott was declared the winner in the Senate race and DeSantis the winner in the governor’s race. Voters also approved two amendments of note: one allowing most felons who have served their sentences to vote (excluding sex offenders). Voters also banned greyhound racing.

— In February, a Florida International University pedestrian bridge collapsed and killed six people . Two days before the collapse, an engineer with the bridge’s design firm left a voicemail for state transportation officials to report cracking had been found at one end of the concrete span, but the company didn’t think it was a safety issue. State officials didn’t hear the voicemail until after the collapse . Federal authorities are still investigating.

— In October, prominent Democratic officials, CNN’s Manhattan offices and others who have been critical of President Donald Trump were targeted with package bombs. The suspect, 56-year-old Cesar Sayoc, was from Miami-Dade County . He’s in jail while awaiting trial and faces nearly 50 years in prison if convicted on five federal charges, which were filed in New York.

— In June, a popular young rapper was killed in Fort Lauderdale . Four men are accused of killing XXXTentacion (ex-ex-ex-ten-ta-see-YAWN). The 20-year-old rap star, whose real name was Jahseh Onfroy, was fatally shot multiple times as he left a motorcycle dealership.

And all of the #FloridaMan stories you could want from 2018 from our friend Craig Pittman (@Craigtimes):

A face-licking politician,a gator-toting convenience store customer and lots of naked people made headlines in Florida in 2018