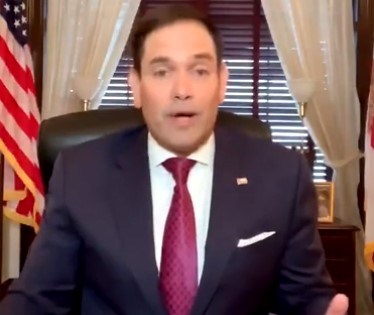 On Tuesday, both of Florida’s Republican U.S. Senators released statements seeming to sow seeds of doubt on the recent general election. Independent observers confirmed that the elections were free and fair and that Joe Biden is president-elect.

But in a video, Marco Rubio seems to falsely suggest that unnamed entities are forbidding recounts or President Trump’s legal challenges. Rubio also took shots at the news media.

Meanwhile, in an email, Senator Rick Scott wrote – without evidence — “Right now, we are seeing what happens when that trust disappears and the legality and integrity of our elections remains uncertain. The American people do not have confidence in our electoral process, resulting in an increasingly fractured America.”

In addition, the Bradenton Herald reports that Republican Congress member Vern Buchanan has endorsed Trump’s refusal to concede to Joe Biden. Buchanan pointed back to the 2020 post-election period in Florida.

Meanwhile, here’s what Secretary of State Mike Pompeo had to say Tuesday:

Sec. of State Pompeo outright denies the election results: ‘There will be a smooth transition to a second Trump administration’ pic.twitter.com/ZWlBTxWjkh