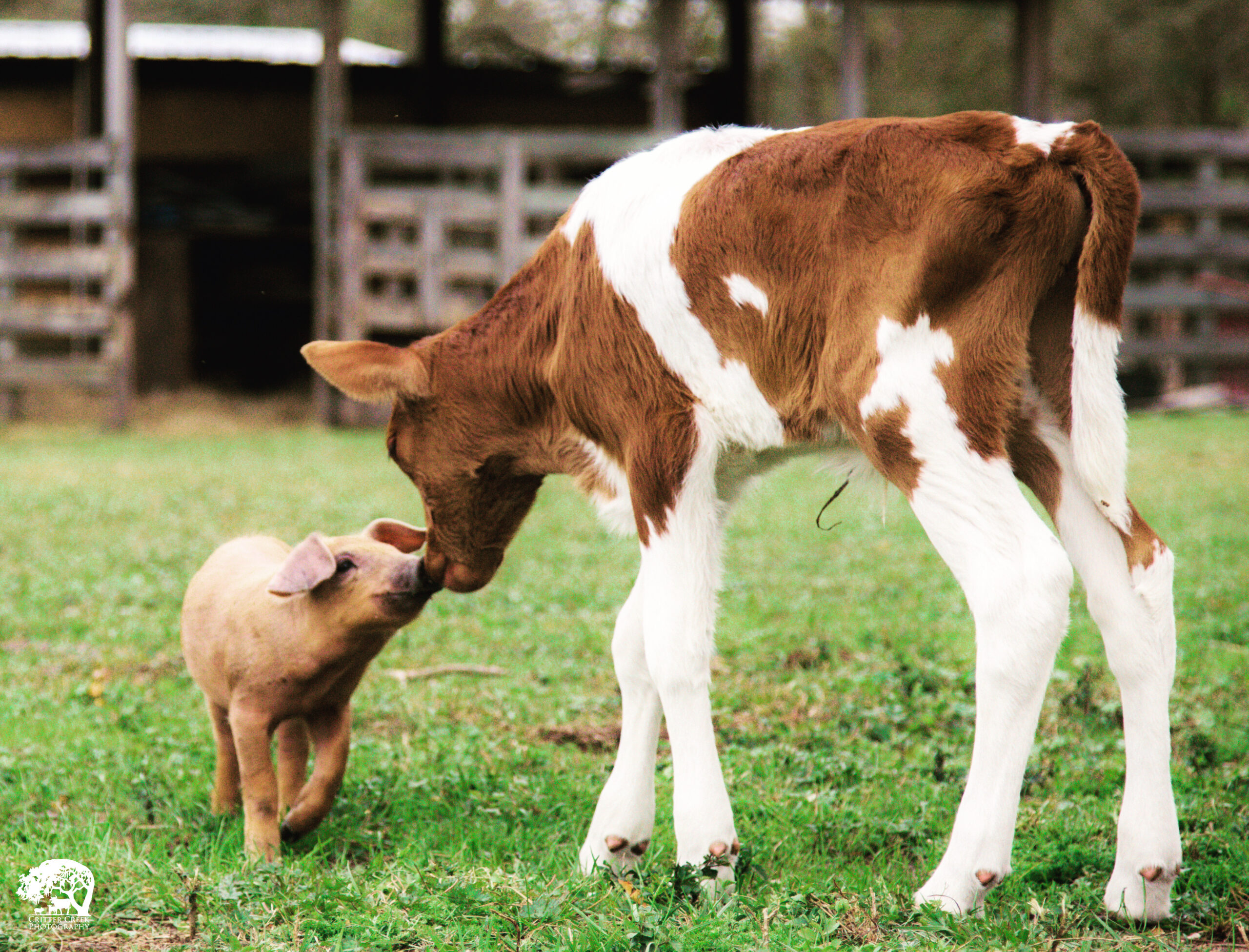 Erin Amerman—the founder of Critter Creek Farm Sanctuary, which across two facilities located in and around Gainesville, FL houses some 150 cows, making it, they say, the country’s largest cow sanctuary, while providing refuge to other rescued farm animals, including pigs, donkeys, turkeys, and horses—traced her animal rescue path in a “Talking Animals” discussion back to being a seven-year-old with a pet rat named Templeton.

Amerman recalled kids and adults—including teachers—recoiling from her rodent companion, which she found distressing, and served as an early lesson in the form of bigotry, speciesism, that undergirds some of the Sanctuary’s educational efforts. Amerman further recounted that the puzzled frustration that resulted from peoples’ disdainful reaction to Templeton led to what her mom identified as a potent sense of justice/injustice.

This clearly fueled her quest to right those animal wrongs, which she notably articulated in 1997, when she declared to her husband that someday they would wind up with an animal sanctuary featuring 100 acres, and a creek, because she planned to call it Critter Creek Animal Sanctuary–with the specific animals and purpose TBA. OK, she didn’t say the TBA part, but she might as well have. About 15 years later, she explained, that plan started to kick in, with the purchase of a 125-acre forest, including, of course, a creek system.

Then, sometime after that, the Amermans bought the farm adjacent to the forest. She addresses how they decided to devote that large parcel of land to cows—and how they ended up with some 150 of them, as well as describing some of the other resident animals, including what’s described on the Sanctuary website as a “very demanding water buffalo,” named Seymour. Amerman also outlined how people can visit the Sanctuary and meet many of these animals.