Home Animals Founder of Nonhuman Rights Project Discusses what The Atlantic calls “the most important animal-rights case of the 21st century.” 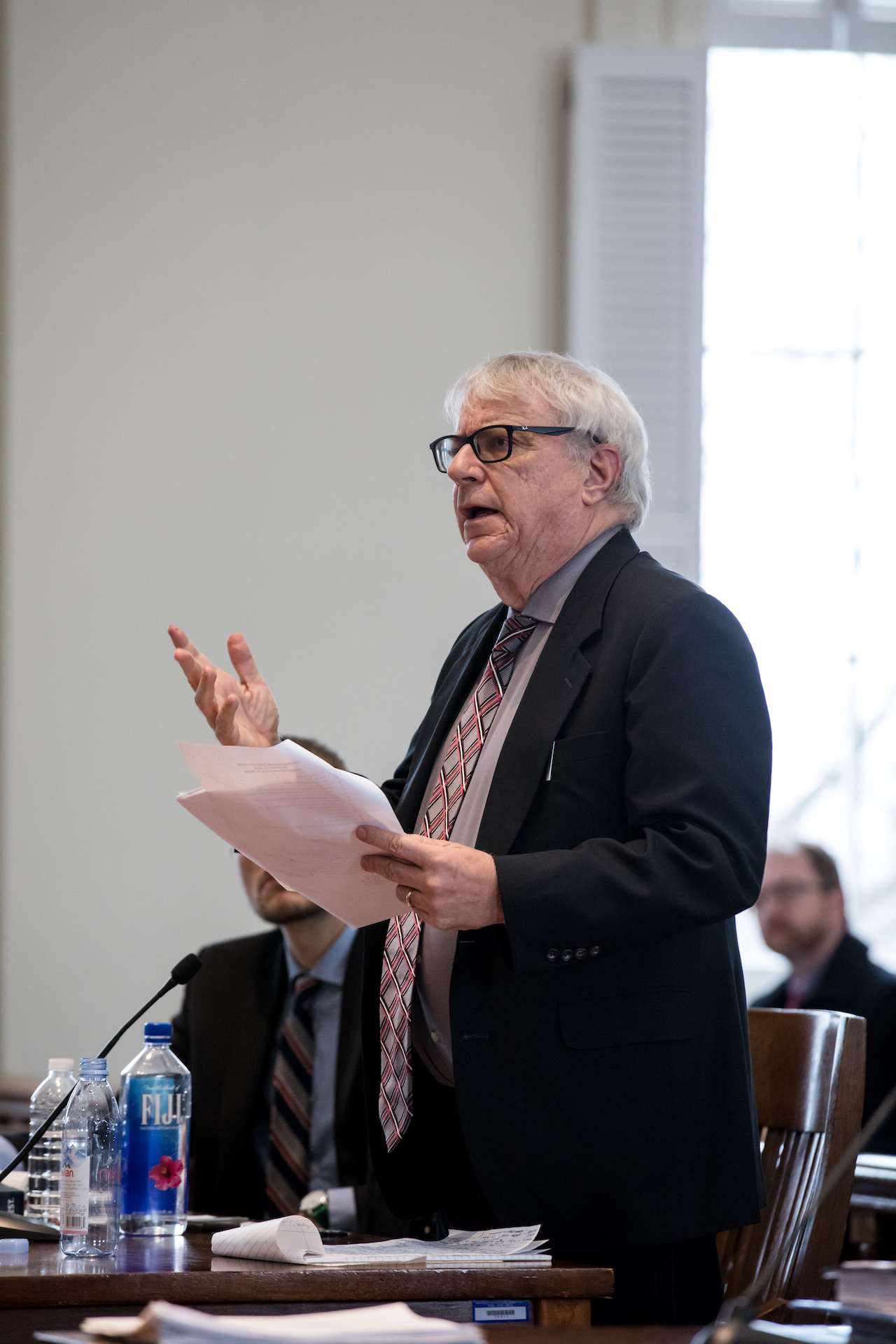 Steven M. Wise—founder and president of the Nonhuman Rights Project (NhRP); an attorney, author, and legal scholar, Wise is leading NhRP’s pioneering effort to free an elephant named Happy from the Bronx Zoo through a writ of habeas corpus, aiming to change her status from “thing” to “legal person”—reviews in a “Talking Animals” interview this week NhRP’s legal gambit when we previously spoke in 2013, when the organization was focusing its efforts on chimpanzees.

Wise recounts that their emphasis in presenting cases has been animals with demonstrated sophisticated cognition–chimps and other great apes, elephants, orcas—noting that they had Happy in mind as a test case some years earlier. Now, she’s at the center of NhRP’s current case; Wise and his colleagues contend that Happy, who has been living alone at the Bronx Zoo for more than 15 years, should be able to secure her right to bodily liberty, and be relocated to an elephant sanctuary.

Wise highlights the historic significance of The New York Court of Appeals, the highest court in that state, having agreed to hear the case in 2022 (or maybe it’ll be 2023, he says)—the first time the highest court of any English-speaking jurisdiction will hear a habeas corpus case brought on behalf of an individual other than a human being.

The Atlantic calls this “the most important animal-rights case of the 21stcentury.”
In response to my observation that NhRP has clearly made inroads with its quest for animals to be granted “personhood” status, and, not coincidentally, the legal landscape has shifted, at least moderately, on this issue, Wise cites a pivotal opinion issued by Judge Eugene M. Fahey of the New York Court of Appeals, including “While it may be arguable that a chimpanzee is not a ‘person,’ there is no doubt that is is not merely a thing” and Maryland Judge Michele Hutton dissented to a majority in a case last year that precluded all nonhuman animals from having rights, asserting that the legal arc of Maryland should “extend a recognition of limited personhood to pets.” And so on.
He describes the experience of “Unlocking The Cage,” the documentary by noted filmmakers Chris Hegedus and D.A. Pennebaker, profiling Wise and his NhRP work. And Wise elaborates on the Happy case, including the dozens of experts and others who filed amicus briefs supporting the NhRP position, and the relatively miniscule number who wrote documents in opposition, including, he added wryly, one that outlined the certain demise of the dairy industry if the court ruled in Happy’s favor. He also elaborates on the intricacies of The Elephant Sanctuary’s support for the cases, conceding that if Happy is freed, she’ll likely be relocated to the Sanctuary.