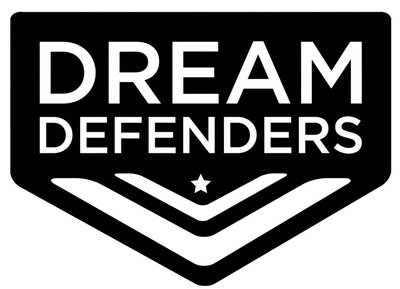 A year ago this Friday, a black man was shot and killed outside a convenience store in Clearwater after shoving, then backing away from, a white man who was yelling at his girlfriend.

Michael Drejka’s shooting of Markeis McGlockton was caught on camera.

On Friday, civil rights groups will hold a memorial and vigil for McGlockton. WMNF interviewed one of the organizers, Ashley Green with Dream Defenders.

“Markeis McGlockton was a young father of four in Clearwater who was with his family at a convenience store when his partner, who was pregnant at the time, was accosted by gentleman over a parking space. Markeis attempted to defend his family and was shot and killed in that parking lot in front of his family because of that.

“Originally, the murderer of Markeis — Michael Drejka — was not arrested, and was claiming a “Stand Your Ground” defense. Even though there was video that clearly showed Markeis backing away with his hands up when Michael Drejka pulled out a gun and shot him one time in his chest. After that, we helped to mount a campaign to bring Michael Drejka to justice. And right now, we’re about a month away from Drejka’s trial. And, this is the one year anniversary of Markeis McGlockton’s murder this Friday.

“So, [we’re] putting together this vigil for two reasons. It’s not just a vigil, but is also a memorial, that’s really focusing on Markeis, the artist. In order to, one, help the community understand who Markeis was. At trials, a lot of things get said that mischaracterize an individual to try and make the victim seem like they deserved what they got. And we really want to fight back against that before the trial. And then, more importantly, we just want to show the family that we’re there for them. That even though a lot of attention has left, a lot of media has gone, that the community still stands with the family, and is still grieving with the family.”

SK: Put this in context, especially regarding the fact that it was filmed, and that Mr. Drejka was a White man and Markeis McGlockton a Black man and the pattern that’s happened in the country that we’ve seen in a lot of these shootings.

“Yeah, so Michael Drejka, who murdered Markeis, this was not his first interaction with people at that convenience store over that parking space. He had actually accosted another gentleman several months prior. And supposedly yelled at him, called him the “N” word, said that he was going to get him fired. The store owner had told Drejka to knock it off. But it was clearly something that they were aware of. And Michael Drejka thought he was the ‘parking lot police’ for no other reason than he thought he was entitled to mediate or chastise or punish people for a space that isn’t his. Which is really egregious.

“And afterwards, he showed no remorse at all for killing Markeis. It was pretty chilling when you see the tape of his interrogation where he sort of builds up Markeis to be this scary Black man where he had no other option but to kill. And we see this happening time and time again. People who are victims of violence — specifically vigilante violence — who are Black, especially Black men who are victims of vigilante violence, being characterized as these kind of animals who are out of control and just raging on. And the video didn’t show any of that.

“The video did show Markeis pushing Michael Drejka to the ground. In the context of understanding that he’s coming out of a convenience store after somebody had gone in and told him that his partner, who is pregnant, is being accosted. That this White man is in her face, yelling at her over a parking spot, that action makes a lot more sense. When you see him very clearly step away. We thought it was ludicrous that he would ever attempt use the ‘Stand Your Ground’ defense.

“We also thought is was really offensive that the Sheriff [Bob Gualtieri] acted like he had no ability to do his job to accurately and adequately investigate, or to arrest Michael Drejka. Because of what we thought was a very flimsy ‘Stand Your Ground’ defense, which his defense team is not even using at this point. Because the case doesn’t seem to meet that measure. It was just a moment where we continue to see how vigilante violence still gets turned around on the victim when they’re Black, and especially when they’re Black and male.”

SK: When and where is the vigil and memorial?

“The memorial is going to be at Mount Zion United Methodist Church Friday at 6:00 p.m. We’re going to have poets, artists, singers and performers, as well as family friends who are speaking to who Markeis was. And then the vigil will happen around sunset, probably starting at around 7:45, 8:00 at the latest, and that will be happening on Sunset Point Road.

“We are welcoming anybody in the community that just wants to show solidarity and support for the family. We’re also still welcoming artists and performers who might want to provide something in the vein of justice or comfort to the family. [We’re] going to be doing a silent auction for some live painting that will be happening there. So we’re really trying to make sure that is an immersive experience, that people walk away with a sense of what mattered to Markeis. Art was a very important part of his life.”

SK: How can people contact you if they want to get involved?

“They can go to Facebook, go to ‘Bay Area Dream Defenders’ and leave a message. They’ll also find the event page. And we’re definitely looking for help continuing to spread the word. So share that event throughout social media. And we hope to see folks there on Friday night to let the family know that people are still here with them.”

The memorial and vigil are on Friday at 2751 Sunset Point Road in Clearwater.