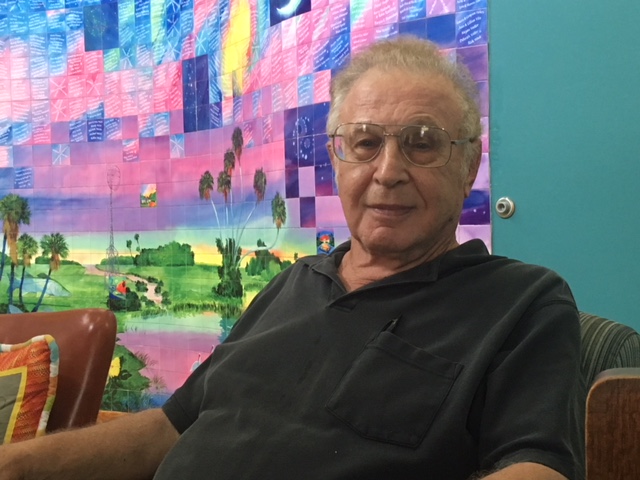 In July of 1969 then US Senator Edward Kennedy and friends and associates had attended a nighttime party on Chappaquiddick Island near Martha’s Vineyard in Massachusetts. At some point during the evening Kennedy left the party along with a young woman named Mary Jo Kopechne who had worked for his late brother Robert who had been assassinated the year before. Kennedy drove a car off a bridge into a pond. He survived but Kopechne drowned. Since then many questions have been raised about Kennedy’s actions that night. The incident continued to haunt him through his 47 yearlong senate career and derailed his plans to run for president. Now there’s a new film called Chappaquiddick which portrays the incident. Here’s part of the trailer.

A week after the accident Senator Ted Kennedy went on television, making a statement trying to explain his actions on that July night. Here’s the opening of his statement.

We’re joined now by Burton Hersh who is an author who lives part time in St. Petersburg. He’s written several books about the Kennedy’s- including Edward Kennedy-An Intimate Biography (Counterpoint, 2010). He’s also a friend of Ted Kennedy and was on Martha’s Island shortly after the death of Mary Joe Kopechne.

Burton wrote me a few weeks ago to say:” A couple of weeks ago the film Chappaquiddick started to appear at movie-houses everywhere. It purported to dramatize the fateful night during which Ted Kennedy’s Oldsmobile flipped off Dike Bridge and scuttled Kennedy’s presidential hopes. With this film in the offing, I had already given interviews to Inside Edition and People Magazine. Then, last week, by arrangement a crew from Fox News appeared here in St. Petersburg to drill at me for hours with questions about the tragedy, preparatory to the release of a documentary in the fall. I have just composed a long commentary on Facebook touching on the subject. Passing it along to y’all:

As Kennedy’s primary biographer — see Two Summers in Edward Kennedy, An Intimate Biography, Counterpoint, 2010 — I was at the time a journalist conjuring up a series of articles about the last of the Kennedy boys for Esquire. I arrived within hours of the accident in Edgartown and spent the next week talking to everybody involved, from the DA and the diver and the boiler room girls to Dr. Watt, who examined Kennedy the morning after the accident, and Ted’s cousin, Joey Gargan, whom I already knew well. Not long afterwards I spent a morning with Ted in his flat on Charles River Square going over everything he could remember about the tragedy.”