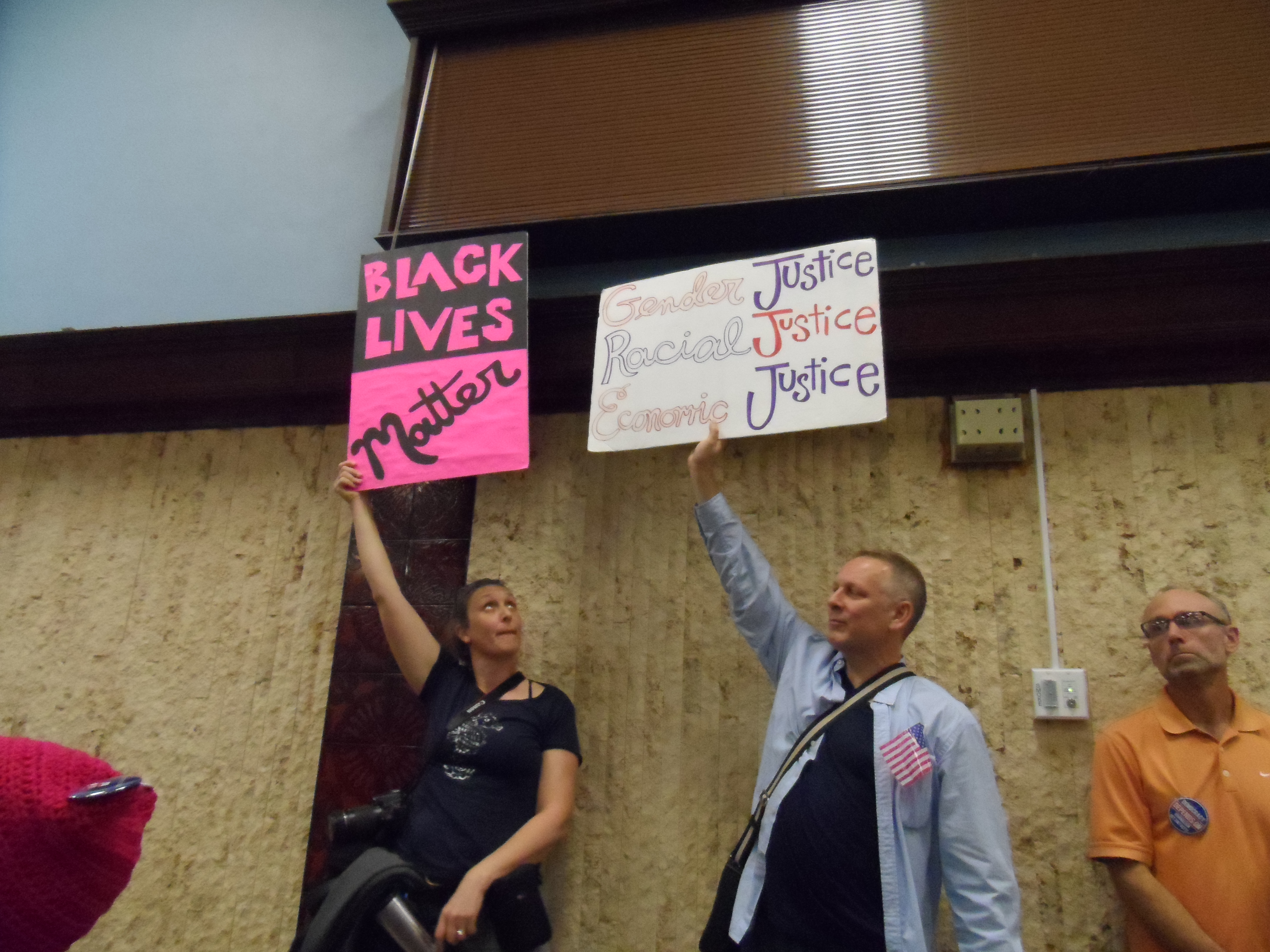 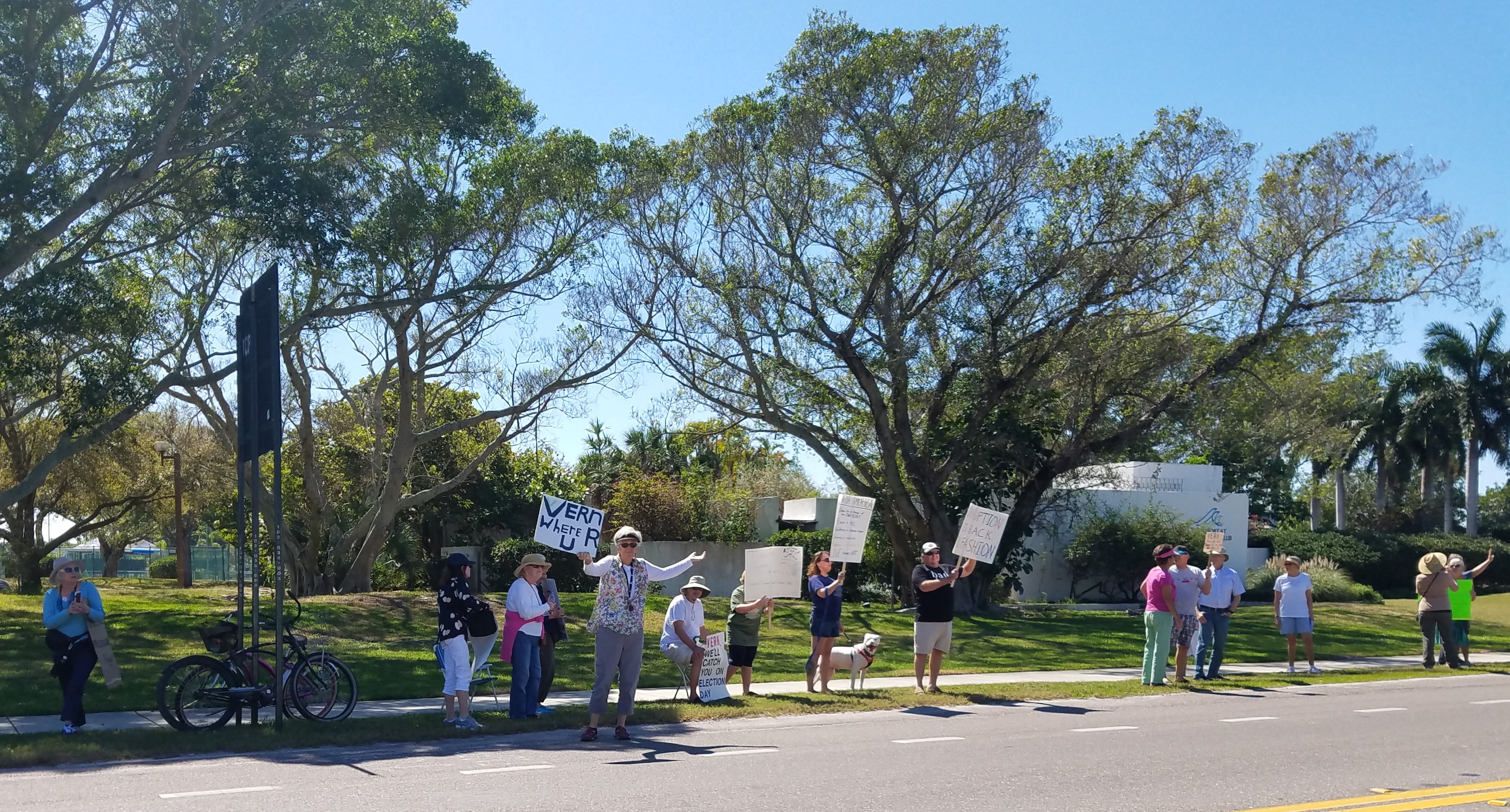 The week for Congress members to spend in their districts is wrapping up and many of them held town hall meetings to hear from constituents; but a number including Sen. Marco Rubio, also skipped any town halls.

For example, on Sunday afternoon nearly fifty people stood outside the Resort at Longboat Key Club on Longboat Key holding signs asking where Congress member Vern Buchanan was. It’s his gated community. Some signs said, “Missing: Vern Buchanan – all your constituents deserve to be heard. Hold a town hall,” “Do your job,” “Save the ACA,” and “Planned Parenthood – it works.” I’ll post some photos on our website. 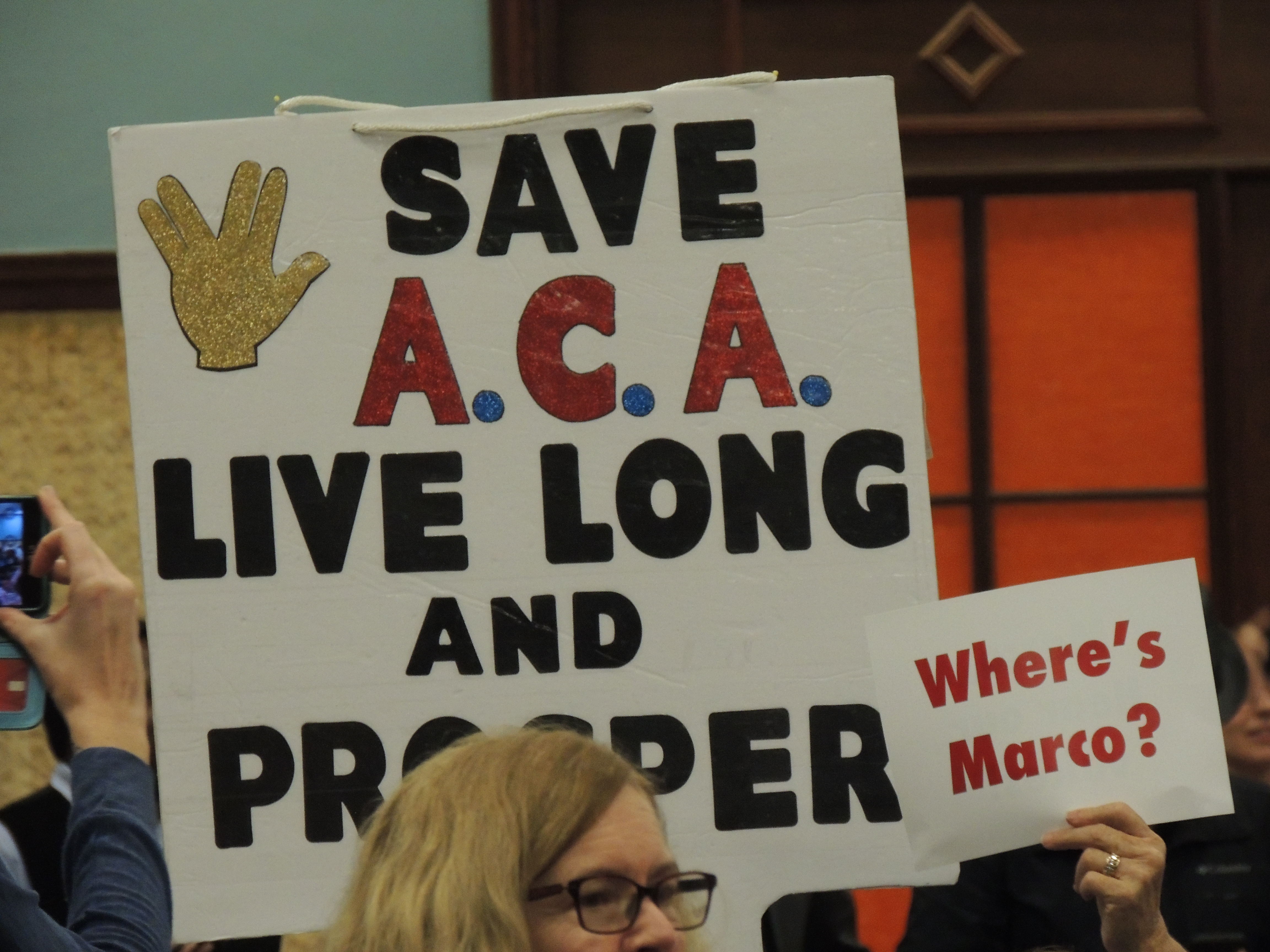 Last Wednesday in Tampa, organizers held a Town hall and invited Senator Marco Rubio. His office said Rubio was traveling in Europe, but he was spotted the next morning in Miami. Rubio told CBS-4 in Miami yesterday he did not hold an open forum with constituents because he claimed the room would be packed by “liberal activists” and wouldn’t be productive. Senator Rubio said liberal groups would organize hundreds of protesters, show up early and take all the seats.

More than 50 people signed up to speak. More than 500 people packed the Tampa Letter Carriers Hall in West Tampa and even spilled outside once capacity was reached.

You can watch the town hall video here. And here’s the audio from the full town hall meeting:

According to the AP, “The nation’s governors meeting in Washington will hear from President Donald Trump today amid concerns about health care and the coming repeals of the Affordable Care Act. The governors have been given a sobering report about the potential consequences of repeal which warns that federal spending cuts probably would create funding gaps for states and threaten many people with the loss of insurance coverage.”

You can hear the full MidPoint show here: