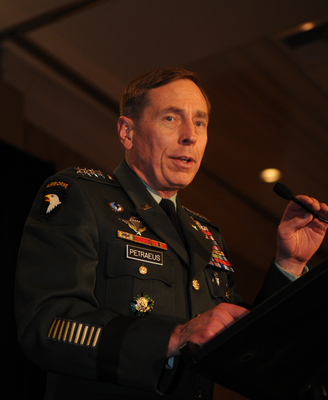 There’s confirmation today that US soldiers are operating in Pakistan.

Yesterday three U.S. troops were killed by a suicide car bomb in Pakistan, revealing a secret U.S. operation in the country.

This is in contrast to claims last year from U.S. special envoy to Pakistan and Afghanistan, Richard Holbrooke, who maintained that there were no U.S. troops in Pakistan.

A spokesperson for U.S. Army Central Command has now confirmed 200 troops are in Pakistan. Head of U.S. Central Command, Gen. David Petraeus spoke to an audience at the Renaissance hotel in Tampa last night, where he confirmed the deaths of American soldiers in Pakistan.

Private U.S. contractors are already operating in Pakistan. Last month Defense secretary Robert Gates confirmed that Blackwater (now rebranded as “Xe”) and other private contractors have been working in Pakistan. But Holbrooke said yesterday that the American soldiers killed in the recent bombing were not with Blackwater. Petraeus said last night that the Pakistanis are beginning to take charge of their own internal security threats.

Today U.S. counterterrorism officials reported that Pakistani Taliban leader Hakimullah Mehsud is suspected to have died in a U.S. drone attack several months ago.
According to Pakistani sources, 700 Pakistanis were killed in U.S. drone strikes last year, with only 50 of those confirmed to be militants.

The CIA drone strikes have increased under the Obama administration, and have aimed at taking out what Petraeus calls the Pakistani Taliban.

He says the biggest security threats include Al-Qaeda in Pakistan.

According to the New York Times, the U.S. has been training Pakistani soldiers in a paramilitary group called the Frontier Corps, and the soldiers killed yesterday were on a training mission. More than 70 people were injured in the bombing, about 63 of which were children from a nearby girl’s school.