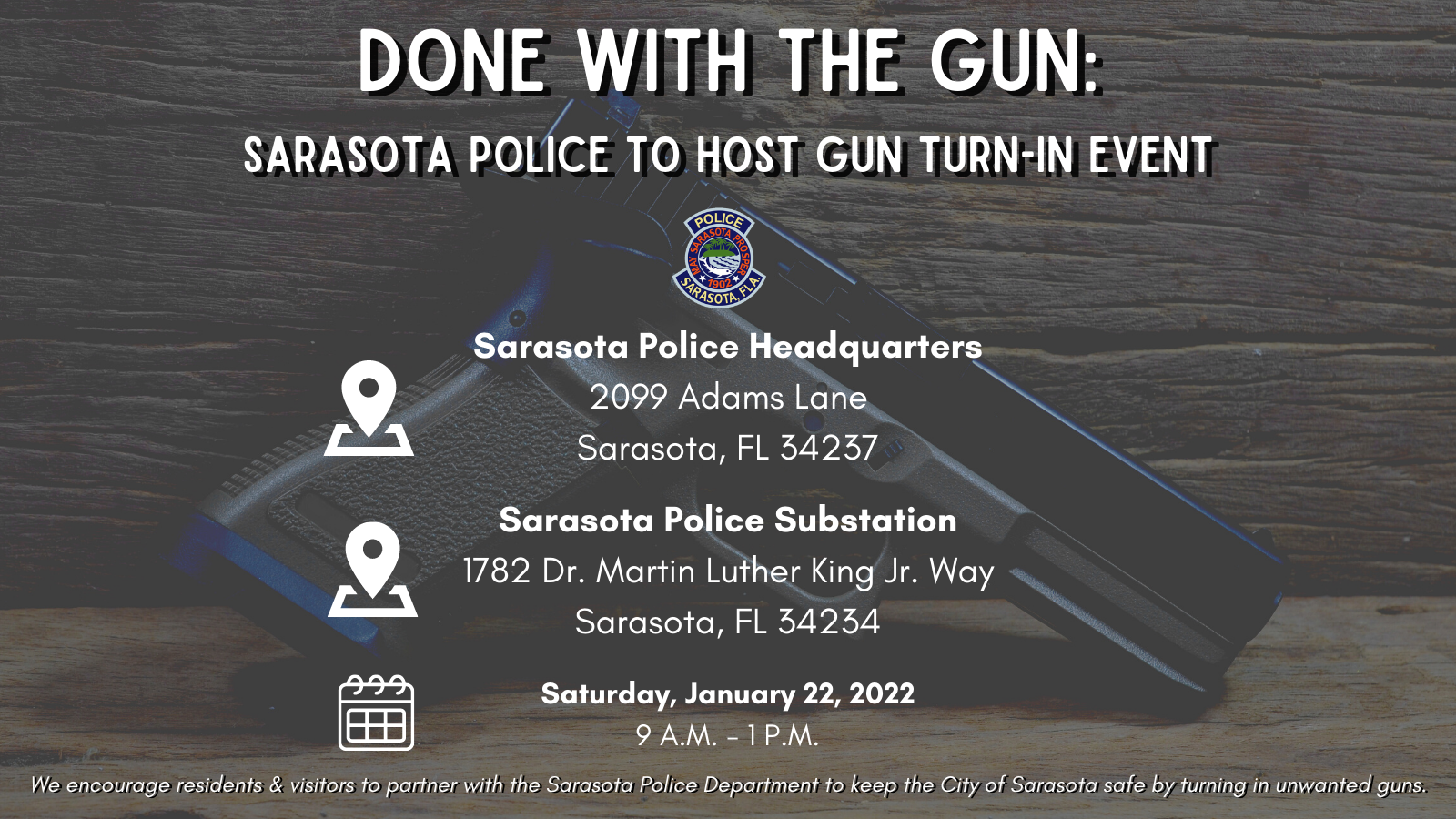 The Sarasota Police Department will host a gun turn-in event on Saturday called “Done with the Gun.”

The community can safely dispose of unwanted firearms.

How to get rid of your unwanted firearms

According to a news release, “firearms that citizens plan to turn in must be unloaded with the safety engaged, be inside a bag, box, holster, or case, and in the trunk or back of a vehicle.”

What types of firearms are accepted?

“Officers will accept non-working, antique, replica, pellet, or BB guns. Officers will also accept ammunition. The firearm should be left in your vehicle when you arrive at a drop-off location. An officer will retrieve it from your vehicle,” according to the Sarasota Police Department.

Why they’re doing it

In the release, Sarasota Police Interim Chief Rex Troche said, “We’re committed to keeping the City of Sarasota a safe place to live, work, and play. Part of that commitment is keeping unsecured and unwanted firearms out of the hands of children and possible criminals. If a resident or citizen no longer wants a firearm, this gun turn-in event allows them to responsibly dispose of the firearm and ammunition, thereby eliminating the risk of theft, misuse, or accidental discharge.”