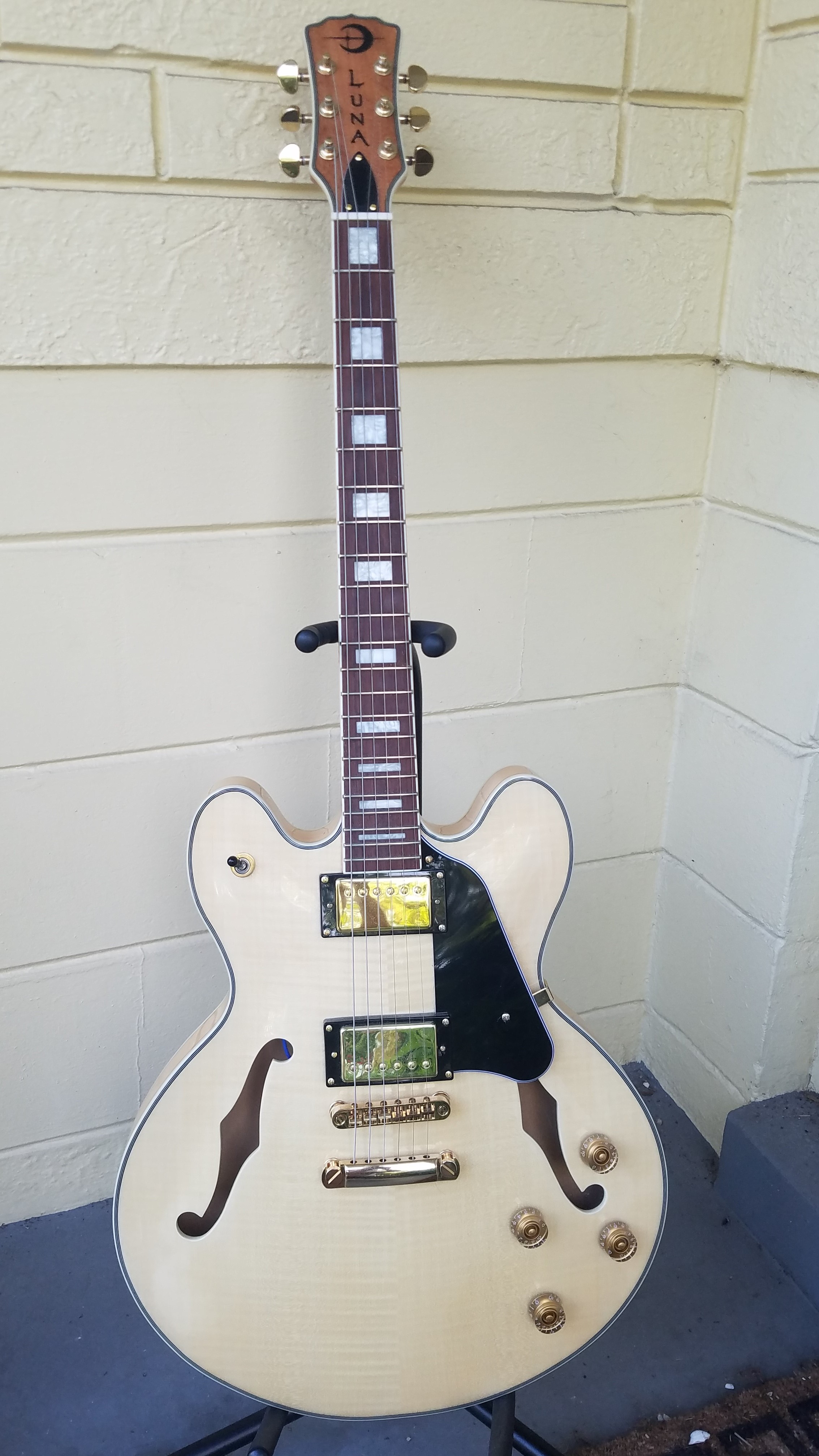 One of the most famous guitar manufacturers in the world is suing a much smaller company that makes guitars in Tampa; Gibson is suing Tampa’s Armadillo Enterprises, which makes guitars under the Dean and Luna brands.

Law professor Darryl Wilson, an associate dean at Stetson University College of Law, calls it “an interesting case from the standpoint of when you think of a trademark.”

“Much like any dispute in trademark law, though, what the judge will be looking at is whether or not the protected subject matter is distinctive. You need something to be distinctive in order to be able to get a trademark registration for it in the first place. And then, also, on the other end: has it been adequately policed once the trademark was procured? Or, has it been allowed to be used by the general public in a manner that gives rise to a claim that it’s generic?”

The three guitar styles that Gibson is suing Armadillo over are the Gibson Flying V, Explorer and ES-335.

The first is shaped like an inverted “V,” the second has an angular shape and the third is a semi-hollowbody figure-eight-shaped guitar with two cutaways.

They range from pretty-distinctive shapes to, well, a fairly standard guitar shape.

WMNF reached out to both Gibson and Armadillo but they did not agree to an interview.

Gibson is suing other guitar manufacturers as well and professor Wilson points out that Gibson has lost to the defendants in a few cases in the U.S. and European Union.

“Defendants in these cases will try to show that they didn’t adequately police their mark, and therefore they allowed this to be commonplace. And if it’s commonplace, then in the legal parlance, that means it’s generic and no longer protectable.”

The lawsuit was first reported by Guitar Magazine.

Full disclosure, Armadillo is a community partner of WMNF.