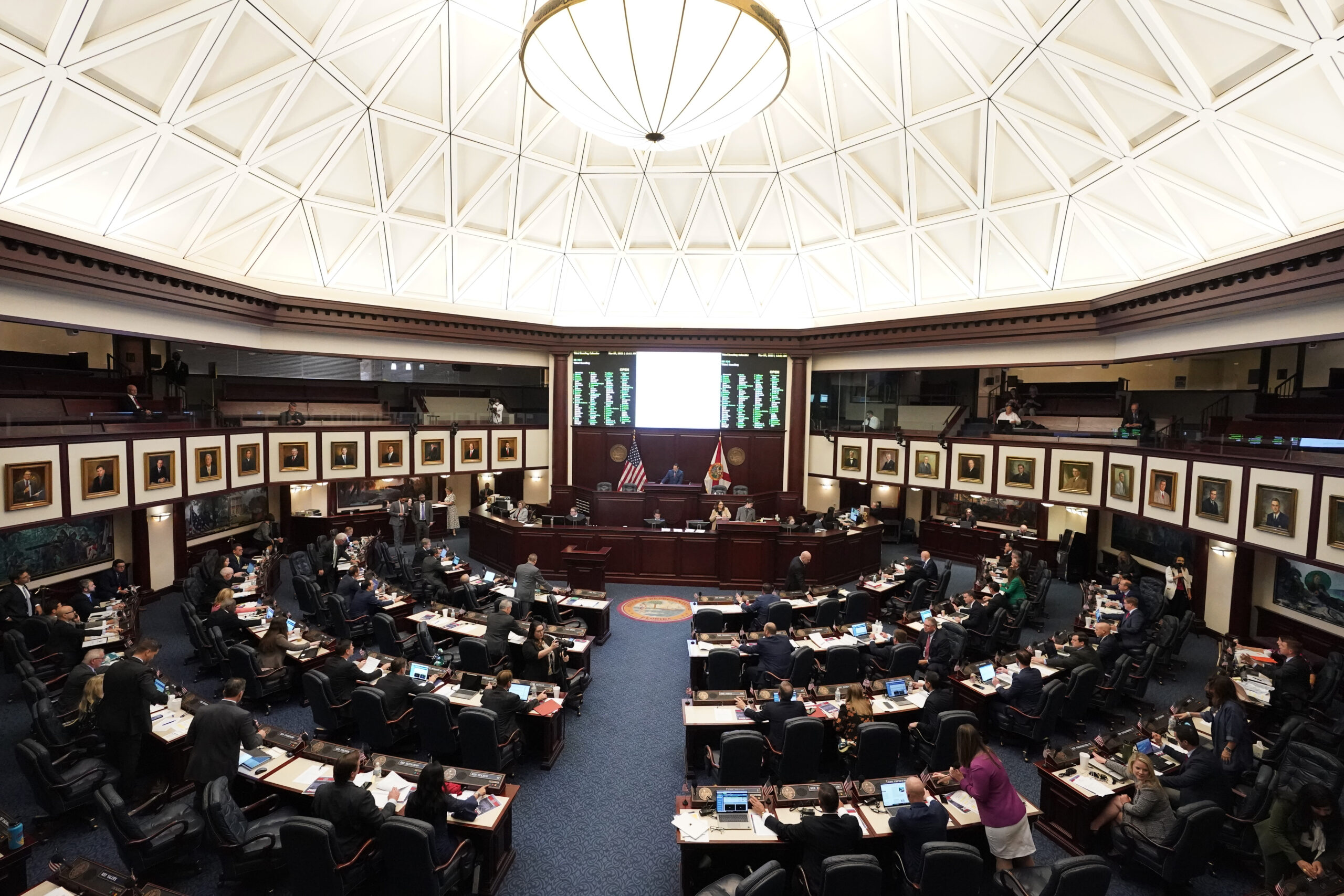 TALLAHASSEE — After the 120 Florida House districts were redrawn this year in the once-a-decade reapportionment process, Republicans and Democrats are battling in a relative handful of races in the Nov. 8 elections. Most of the action is happening in the Orlando area, the Tampa Bay region and South Florida. Republicans are almost certain to retain a large majority in the elections, but here are seven House races to watch:

With Rep. Ben Diamond, D-St. Petersburg, not seeking re-election, Republicans would like to capture this Pinellas County district. Incoming House Speaker Paul Renner, R-Palm Coast, announced support for GOP candidate Audrey Henson in June, and the House Republican Campaign Committee and the state Republican Party have steadily provided assistance to her campaign. But Democrat Lindsay Cross has raised more cash than Henson and has received help from the Florida Democratic Party. Registered Democrats outnumber Republicans in the district.

While it is an imperfect measurement, looking at where Republican and Democratic leaders spend money is often an indication of competitive races. Both parties have ponied up in the race between Republican Karen Gonzalez Pittman and Democrat Jen McDonald for an open seat in this Hillsborough County district. The state GOP and the House Republican Campaign Committee have provided more than $64,000 in assistance to Gonzalez Pittman during the past two months, while the Florida Democratic Party has provided more than $35,000 to McDonald.

As he seeks a second term in the House, Rep. Andrew Learned, D-Brandon, is running in a redrawn district where registered Republicans outnumber registered Democrats by more than 3,100 voters. Nearly 31 percent of the district’s voters, however, are unaffiliated, creating a large pool of potential swing voters. Learned, a Navy veteran and business owner, is trying to fend off a challenge from Republican Danny Alvarez, an Army veteran and attorney who has served as general counsel of the Tampa Police Benevolent Association.

With Rep. Emily Slosberg-King, D-Boca Raton, deciding against seeking a fourth term, Boca Raton City Councilman Andy Thomson, a Democrat, and Highland Beach Town Commissioner Peggy Gossett-Seidman, a Republican, are squaring off for this Palm Beach County seat. The redrawn district went for Democrat Joe Biden by 4 percentage points in the 2020 presidential election. Democrats hold a 2,342-voter registration edge, while the district has nearly 40,000 unaffiliated voters. Both state parties have provided staffing and other assistance to the candidates.

Rep. Carlos Guillermo Smith, D-Orlando, handily won House races in 2016, 2018 and 2020, receiving more than 60 percent of the vote each time. But with reapportionment shifting district boundaries, Republican Susan Plasencia is trying to unseat Smith, one of the highest-profile House Democrats. The state GOP and the House Republican Campaign Committee have provided tens of thousands of dollars in aid to Plasencia’s campaign in the district, which is made up of parts of Orange and Seminole counties. Smith’s wins came in an Orange County district.

Registered Democrats and Republicans are almost evenly split in this district in Orange and Seminole counties, with Democrats holding a 31-voter edge. Meanwhile, the district also has more than 34,000 unaffiliated voters. Democrat Tiffany Hughes, a business owner, and Republican Doug Bankson, a member of the Apopka City Council, are vying for the open seat. The Florida Democratic Party last month provided $28,153 in staffing and polling aid to Hughes, an indication of the focus on the race. The state GOP provided $20,534 in assistance to Bankson in late September and October.

Republican Vicki Lopez and Democrat A.J. D’Amico are battling for an open Miami-Dade County seat in a district where unaffiliated voters outnumber Republicans and Democrats. Lopez is a former Lee County commissioner who runs a Miami-based consulting firm, while D’Amico is an attorney and former legislative aide. The district has 29,479 registered Democrats and 24,985 registered Republicans — but 33,425 unaffiliated voters. The state GOP, the House Republican Campaign Committee and the state Democratic Party have funneled aid to the campaigns.

— Tristan Wood is a reporter for City & State Florida, a sister publication of The News Service of Florida.