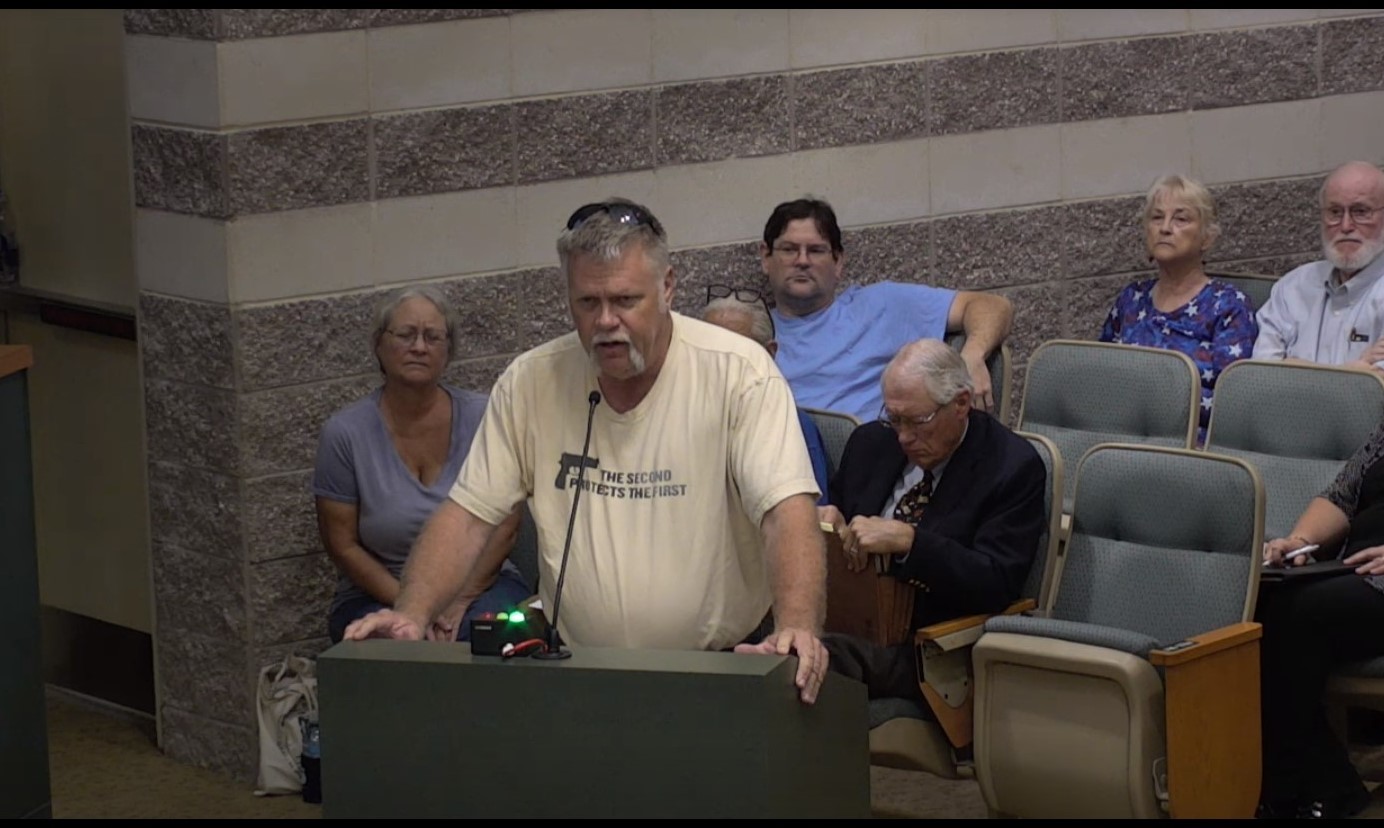 On Tuesday the Highlands County Commission considered — but voted against — a resolution to make the county a “Second Amendment sanctuary;” the 4-to-1 vote came after dozens of residents spoke for or against the resolution.

On MidPoint Monday we played much of the public comment from this meeting. Listen to the show here.

About twice as many opposed making their county a sanctuary to shield gun owners from some laws, like Avon Park resident Gail Benedict.

“I think it will be a red flag to everybody that wants to have extra guns to say, ‘Oh they’re a sanctuary city, and let’s move there.’

“I don’t oppose the people that are here with guns. I mean, that’s their constitutional right. But, to put up a sign that says, ‘Hey, come on, more people.’ It only takes one person that is looking for a leeway to cause a mass shooting.

“I also don’t want it to be what the NRA uses as a political statement: ‘Oh, we’ve got another sanctuary county in United States. Let’s have more. There are more people wanting it.’”

But several Highlands County, Florida, residents spoke out to ask the commission to make their county a Second Amendment sanctuary.

Clint Mingus wore a shirt with a large drawing of a handgun and the words, “The Second protects the First.”

“America’s worth defending. Let’s keep that right. Pass the resolution. Thank you.”

Despite his support, and the support of a few other residents, the Highlands County Commission voted 4-to-1 against the “Second Amendment sanctuary” county resolution.

Another Avon Park Lakes resident, Bill Pollard, has taught scouts how to shoot rifles and has a concealed carry license. But he opposed the resolution.

“I carry it at work. I work at night. And, I would not be afraid to use it, if I had to, to protect myself.

“However, I am against this proposal. And, I’ll tell you why. I used to be totally against people who wanted to take all guns away. But I think some guns, guns that will kill, that could shoot large amounts of bullets, I am against those. And, there is a reason for that.

“One day, when the Pulse nightclub shooting happened, we found out somebody that I didn’t know, but somebody in our circle knew, was killed there. That made a huge impact on me, and got me to thinking about this.

“Another thing I wonder about this, too, if this is passed, what does that say? You know people have concealed carry permits. Are those invalid in this county? What are law enforcement people to do? Are all guns legal? They should be afraid.”