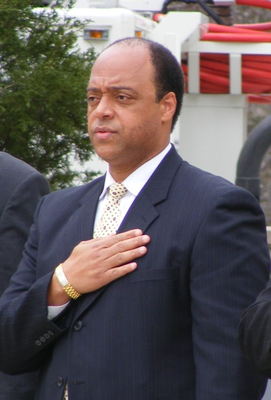 For the first time in history the Hillsborough County Board of County is suing one of their own board members. Today Commissioner Rose Ferlita moved to file suit against Commissioner Kevin White, so that he can be financially accountable for his shared guilt in a sexual harassment suit. White maintains his innocence, and says that if the County takes action against him, he may initiate a countersuit.

White’s former aide, 24 year-old Alyssa Ogden, sued the commissioner for sexual harassment after he allegedly tried to sleep with her in a hotel room on a trip to Atlanta. After White fired her, she filed suit. White says he never did it, and can’t afford a mediation deal with the county.

White plans to protect what he has by countersuing the county. He already has enormously burdensome legal fees, and Attorney Fred McClure has declined to take White’s case pro bono. This leaves White with few resources to pay for the county’s expenses.

But White can still file bankruptcy, which would prevent the county from pursuing litigation. Commissioner Rose Ferlita says that while White can’t pay the fees, the only way the county will recover money is with a judgment against white. She says that the lawsuit is based on principle.

The County Commission doesn’t want the lawsuit to gather anymore news headlines, or take up any more of the taxpayer’s time and attention. Kevin Beckner said he didn’t want the lawsuit to turn into a high stakes poker game with taxpayers money. He believes the County should put a limit on how much it’s willing to expend in a lawsuit.

And the county is risking whether it will be able to recover its financial losses by suing a defendant with so few resources. Beckner is concerned that the lawsuit might not be worth the losses.

Mediation was taken off the table, but if White wishes to enter a contract, Renee Lee and other Commission members said that they could drop the suit if White entered a contractual payment plan. White said he will likely countersue the County, to protect himself and his family.