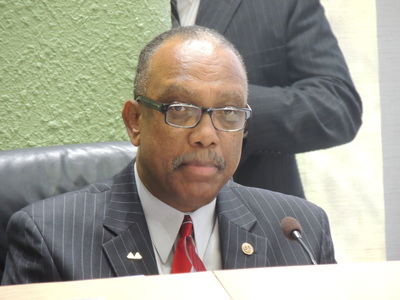 Population growth and development continue to expand in Hillsborough County, especially in what used to be the sparsely-populated “south county;” so County Commissioners want to find out the best way to grow in order to maximize land value and minimize sprawl and transit times.

In a workshop Wednesday, county administrator Mike Merrill set out the goals.

“Looking through population projections to land that’s available and then trying to really match the two so it becomes more of, I guess, an incentivized approach than a regulatory approach. Regulation doesn’t go away, but, we’re looking towards how can we incentivize the kind of growth that will create value, while not ignoring the importance of community values of various communities around the county and their needs and also the important need to balance the environment and the environmental needs of the county and the rural character of our county, which is a heritage that we have.

“So, to do that, we really need to move more towards a, I think, and what we’re getting to here is more of a public/private partnership with development, with growth. And we’ll be talking about a particular example of that here when we talk about Little Manatee and why that’s important is because of affordability.

“If we want to make this county affordable to live in, both in terms of tax burden as well as just the affordability of housing in general, what we have to rely on is the growth in value that then allows us to sustain our tax structure, but, generate the kind of revenue off of growth that’s going to make it sustainable.”

According to the county’s administrator for development & infrastructure, in the last five years about half of the county’s growth has been in the south county where more than 12,000 residential units have been built and another 5,000 have been approved.

County Commissioner Les Miller insists the county has not budgeted enough money for transportation to meet that growth.

“But, we’re not going to be anywhere, competing in anything, until we bite the bullet and say ‘We gotta go above and beyond this annual $1-million dollars that we set aside.’ It’s just not gonna happen. Not going to happen.

“So, like I said, [inaudible] may be gone, and I’m gonna be sitting home saying ‘I told you so,’ because it’s just not going to do it.

“Ladies and gentlemen, let’s quit playing games. If we want to compete with other counties across this country and bring in these people into this county, having the jobs for them in the Brandon area or the south county area or I-4 corridor or University of South Florida– we’re talking about 131st being an expressway to University of South Florida, remember you’re going through a residential area when you’re talking about using 131st, but, regardless of that, you gotta pay for it. [An] annual $1 million is just not gonna pay for it. You stuck in traffic now, what the hell you think it’s gonna look like when you start putting all these other things in place?

“Let’s quit playing the games and realize that you’re gonna have to pay for this. Unless you’re gonna talk about development paying for itself, then guess what? It probably won’t come.”

Another Commissioner, Stacy White, said that the idea of a reversible traffic lane on Bloomingdale is popular with his constituents.

The county intends to keep areas of the eastern part of the count rural or agricultural or allow light development.