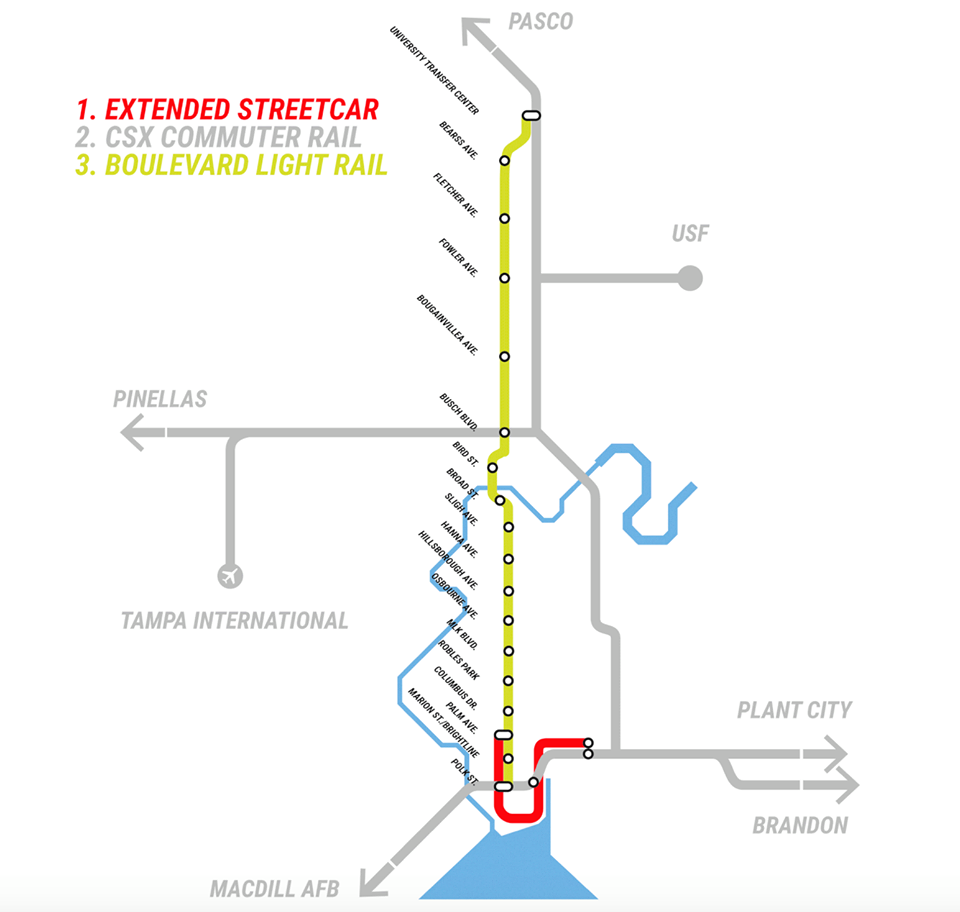 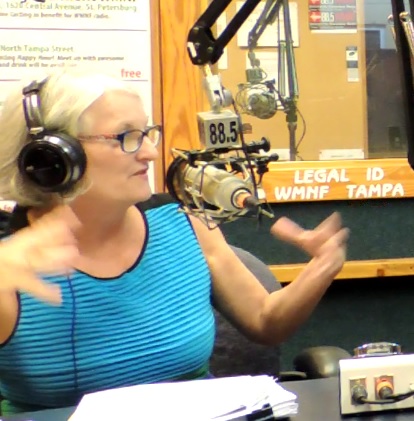 There’s a growing movement among transportation advocates in Tampa to remove I-275 between the I-4 interchange and the I-75 junction and put an at-grade road in its place to re-connect neighborhoods like Seminole Heights and Tampa Heights.

MPO member and Hillsborough County Commissioner Pat Kemp was a guest on WMNF’s MidPoint Monday to talk about transportation issues, including about the idea of removing that section of interstate highway.

The MPO will study the idea to tear down 11 miles of I-275 in Tampa and replace it with a boulevard that could have mass transit, protected bike lanes, lanes for vehicles and landscaped pedestrian areas. The idea was born as the USF Master’s thesis of Josh Frank to put the road at grade and re-connect neighborhoods.

There is a vote coming up this week by the Hillsborough County Commission on a ferry that would connect South Hillsborough with MacDill Air Force Base.

That’s different from the seasonal ferry that connects the downtowns of Tampa and St. Petersburg during winter months and is mainly a tourist or recreational transportation option.

The MacDill ferry would take commuters off the roads during rush hours.

Having an express bus that would link south Pinellas County with Tampa, the airport, USF and Pasco County sounds like a great thing. But Commissioner Kemp says she opposes current plans for a 41-mile, $455 million bus route from St. Pete, through Tampa to Wesley Chapel. On Facebook she said it was not a transit project, but a “Regional Parking Garage Plan.” She made a link between Jacobs Engineering and WSP, which was the only organization to bid to do the $5 million study. She said $430 million of it would go toward parking garages – 9,000 spaces to move up to 300 people/hour.

Meetings coming up for Tampa Bay Next

The Florida Department of Transportation has two public workshops coming up to talk about aspects of their Tampa Bay Next proposal. They’re called “Alternatives Public Workshop” focusing on the Westshore and Downtown Tampa Interchanges and the section of I-275 between those areas. One is next Tuesday at the Cuban Club in Ybor City from 5:30 p.m. until 7:30. The other is Next Thursday at the Tampa Marriott Westshore Grand Ballroom, also from 5:30 p.m. until 7:30.