All 67 counties in Florida are in the midst of mandatory machine recounts of all ballots in order to get more accurate counts of three very close statewide races; in the race for U.S. Senate, Rick Scott leads Bill Nelson by 0.15%, in the race for governor, Ron DeSantis leads Andrew Gillum by 0.41% and Nikki Fried leads Matt Caldwell by 0.06% in the contest for Commissioner of Agriculture.

The deadline to complete the machine recount of all ballots is Thursday.

On WMNF’s Midpoint Monday, Hillsborough County Supervisor of Elections Craig Latimer said he expected to be able to meet that deadline. 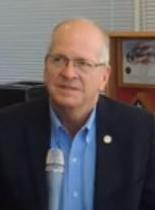 “It’s going good. We’ve got a lot of ballots to count. But we’re moving along and things are looking good.”

The Palm Beach County Supervisor of Elections said that it’s unlikely that their county will finish by Thursday’s deadline. So, two questions about that. One is: is Hillsborough likely to finish. And second question is, what happens then if a county isn’t finished recounting by Thursday?

“Hillsborough will be finished. The idea then is to do the machine recount and be finished by Thursday at 3:00 p.m.

“If a county is unable to do that when they go to their certification, they would go back and report their first unofficials [the unofficial tallies that were due on Saturday November 10], unless they’re able to finish counting. Then they could add that to the certification but they wouldn’t have a manual recount.

And there are three of them, so they essentially have to do three recounts.

“Correct, they would have to totally recount their ballots three times.”

During the machine recount, ballots with “undervotes” or “overvotes” are pulled out by the tally machine. That’s so they can be counted by hand during a required manual recount if the margin after Thursday is 0.25% or less. An undervote is when the machine does not recognize a vote for any candidate in a race. An overvote is when the machine “sees” votes for more than one candidate. Latimer says that during the manual recount, undervotes and overvotes will be looked at one-by-one.

“So that would go to the canvassing board, which is made up of two county judges and myself. And then we would follow the rule for ‘voter intent’ that is published by the State Division of Elections, Secretary of State’s Office. But yes, in a situation like that, where it’s very clear what the voter intent would be, that would be the selection by the canvassing board.”

“The Florida Election should be called in favor of Rick Scott and Ron DeSantis in that large numbers of new ballots showed up out of nowhere, and many ballots are missing or forged. An honest vote count is no longer possible-ballots massively infected. Must go with Election Night!”

The Florida Election should be called in favor of Rick Scott and Ron DeSantis in that large numbers of new ballots showed up out of nowhere, and many ballots are missing or forged. An honest vote count is no longer possible-ballots massively infected. Must go with Election Night!

WMNF asked Latimer if he agrees with President Trump that “massively infected ballots means an “honest vote count is no longer possible.”

In Pinellas County, Supervisor of Elections Deborah Clark tweeted Monday that her office is halfway done with the machine recount.

We are are more than half way through with the machine recount! pic.twitter.com/76F6t0Jd0V