Home Blog News and Public Affairs The History of Muslims in America and How Does President Trump’s Decision to Move the US Embassy to Jerusalem Fit in with End Times Beliefs? 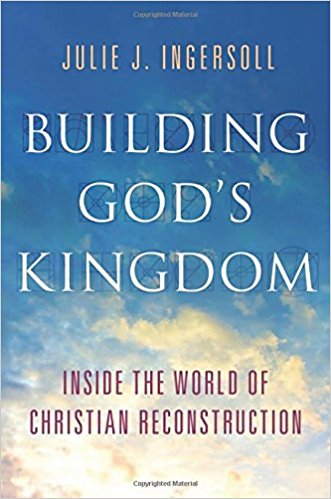 Coming up— we’ll talk with a Professor who is Kurdish and from Iran. He’s an expert on the history of Muslims in America.

And—why did Christian evangelicals welcome President Trump’s announcement last week that he is moving the US embassy to Jerusalem? It comes from one peculiar “End Times” interpretation of the Bible.

Our first guest is Professor Reza Jalali, a Kurd from Iran living and teaching in Maine; he’s a human rights and refugee activist and writer who teaches Islam at Bangor Theological Seminary and is Muslim Chaplain at Bates College. As a board director of Amnesty International, Jalali has led delegations to refugee camps in Turkey and Bosnia, and in 1992, he visited the White House as part of a national delegation to discuss the plight of Kurdish refugees fleeing Iraq. He’ll be speaking twice in the next few days in Sarasota about Muslims in America. This Sunday morning he’ll speak at the Unitarian church in Sarasota at 9:30AM. This Tuesday night at 7 he’ll speak at Fogartyville in Sarasota.

Evangelical Cristians are in the news. They are among the strongest block of supporters of Roy Moore the Republican who is running against Democrat Doug Jones in today’s US Senate special election in Alabama. Also Christian evangelicals cheered last week as President Trump announced that he will move the US embassy in Israel from Tel Aviv to Jerusalem.

Our next guest says that last week’s announcement about moving the US embassy is significant to some evangelicals because to them it leads them to believe the “End Times” or the second coming of Jesus Christ is imminent. She has also studied the what some evangelicals believe when it comes to relationships between older Christian men and younger women.
Our guest is Julie Ingersoll who is a professor of Religious Studies at the University of North Florida in Jacksonville. She’s the author of BUILDING GOD’S KINGDOM.