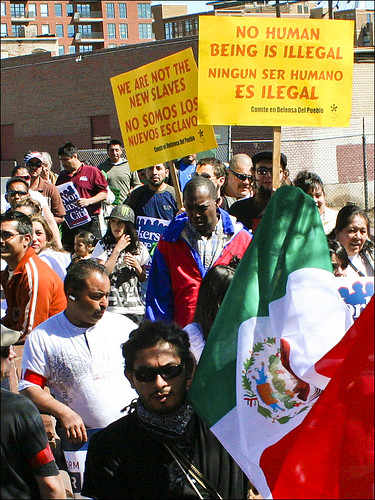 Good morning, welcome to Radioactivity. I’m Rob Lorei. Coming up– we’ll look at immigration, why people come here- sometimes risking their lives. And how they are treated once they get here.

BOSTON (AP) — The Trump administration has eliminated a protection that lets immigrants remain in the country and avoid deportation while they or their relatives receive life-saving medical treatments or endure other hardships, immigration officials said in letters issued to families this month.

Critics denounced the decision as a cruel change that could force desperate migrants to accept lesser treatment in their poverty-stricken homelands.

The elimination of the special status for medical care is one of several aggressive steps the Trump administration has taken in recent weeks to crack down on immigrants.

The administration also wants to deny green cards to many immigrants who use Medicaid, food stamps, housing vouchers or other public assistance, and to end a long-running agreement limiting how long migrant children can be kept in detention. President Donald Trump floated the idea of ending the right to citizenship for babies born to foreigners on American soil, and the administration wants to effectively ban asylum along the U.S.-Mexico border.

Here are some resources Alayne shared during the show:

5 facts about illegal immigration in the U.S.