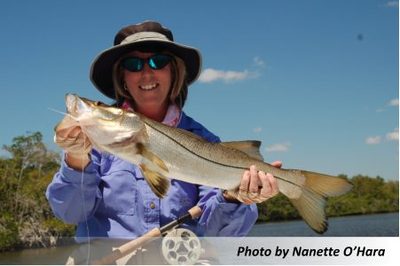 Today on Radioactivity, Rob Lorei speaks with Nanette O’Hara Public Outreach Coordinator at Tampa Bay Estuary Program about water quality in Tampa Bay. Once the Bay was in trouble- but since the 1980s the Bay has made a turnaround. It’s still not as healthy as it could be. There are some problem spots.

Tampa Bay’s shallow waters, sea grass beds, mud flats, and surrounding mangrove-dominated wetlands provide habitat for a wide variety of wildlife. More than 200 species of fish are found in the waters of the bay, along with bottlenose dolphins and manatees, plus many types of marine invertebrates including oysters, scallops, clams, shrimp and crab. More than two dozen species of birds, including brown pelicans, several types of heron and egret, Roseate spoonbills, cormorants, and laughing gulls make their year-round home along its shores and small islands, with several other migratory species joining them in the winter.

The growth of the surrounding communities slowly caused deterioration of the natural environment. Heavy fishing, dredging to deepen shipping channels, and the clearing of mangroves for shoreline development were important factors. Most damaging was the discharge of waste water and other pollutants into the bay, which destroyed water quality and grasses.

By the 1970s, sea grass coverage (which is vital to marine life) had decreased by more than 80%, the water was so murky that sunlight could not reach the shallow bottom, and bay beaches were regularly closed due to unsafe levels of pollutants.

Beginning in the early 1980s after federal and state legislation to improve water quality, authorities installed improved water treatment plants and tightened regulation of industrial discharge. Gradually the Bay was being cleaned. By 2010, measures of sea grass coverage, water clarity, and biodiversity had improved to levels last seen in the 1950s.

Phone numbers to report blowing of grass clippings into waterways or down storm drains: