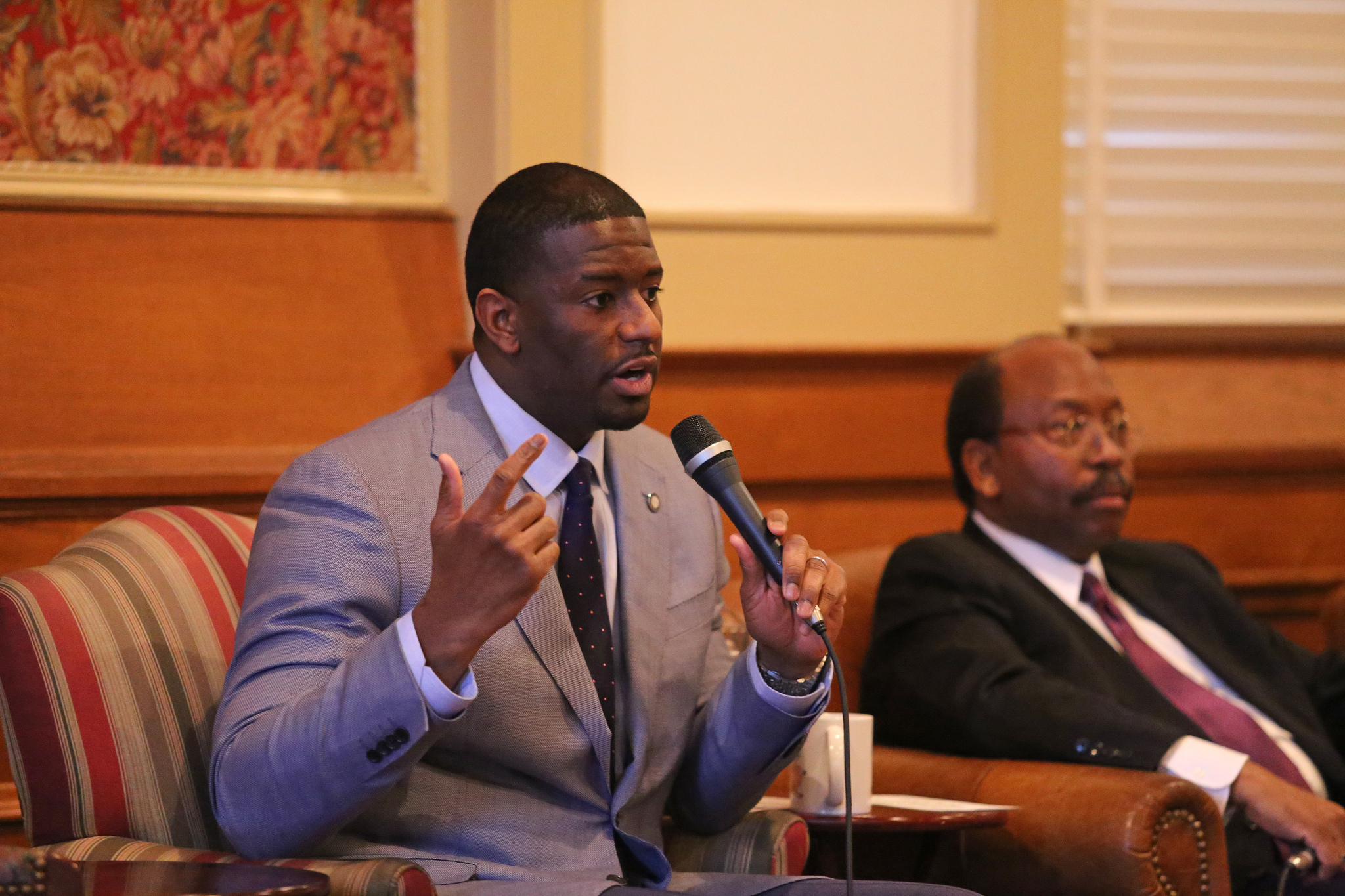 A progressive group in the Tampa Bay area has made its first endorsement in the Democratic primary for Florida governor; Indivisible Action Tampa Bay members voted to endorse Tallahassee Mayor Andrew Gillum.

“We really were looking at the candidates’ alignment with our progressive values and the alignment of Indivisible as a whole. And then considering the people who are running for the Democratic gubernatorial primary we considered Mayor Gillum’s votes in the past and his overal perspective on the issues that our members care about. We found that he was most in line with the things that we care about. And we think that he would make the best governor for our state.”

Hanna says Gillum’s track record on fighting the NRA may have led to the endorsement.

“Our members are most inspired by the fact that Gillum went up against the NRA and won in the city of Tallahassee. That’s something we find very inspirational in this time where gun control and gun safety is on our members’ minds. We’re very impressed by his bravery in standing up for his beliefs and to keep his citizens safe. His track record going up against the NRA and winning is very inspirational to our members.”

Andrew Gillum received 82% of the votes from group members; Gwen Graham got 12% and Philip Levine got 6%.

They also endorsed Bill Nelson to retain his seat as U.S. Senator with 93% of members’ votes; Tameka Lyles got 7%.