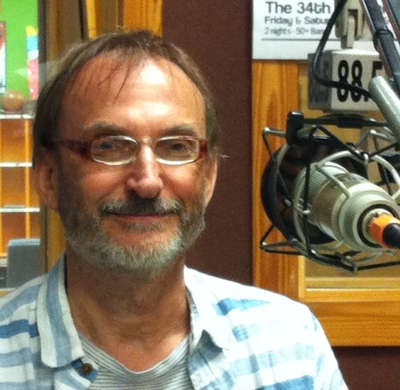 Today on Radioactivity we talk with Wojtek Sawa, a Polish-born visual artist based out of Sarasota. Sawa is the the author of The Wall Speaks – Voices of the Unheard, an interactive multimedia exhibit currently on display at The Florida Holocaust Museum. The exhibit tells the story of the Polish experience of World War II, of a country that at one point was simultaneous besieged by Nazi Germany and the Soviet Union. Like many Polish families, Sawa’s was personally affected by the war; His father was injured while fighting for the Polish Resistance while his uncle was imprisoned in a Soviet gulag before going on to fight the Nazis after the alliance between Germany and Soviet Union broke down. The exhibit is dedicated to the Polish children and teenagers of the war, as many of the people Sawa interviewed for the project were young during the war so their stories were told through the lens of their childhood experiences.

We then turn to the controversial bill passed in Indiana that would allow a person or business to deny services if they feel their religious liberties are being unduly burdened. Opponents argue the Religious Freedom Restoration Act (RFRA) targets the LGBT community and opens it up to discrimination. We listen to an interview by ABC’s George Stephanopoulos with Indiana Govenor Mike Pence, who signed the bill into law last week. Pence stood behind the law, pointing out a federal version of RFRA was passed over 20 years ago and that it is meant to protect the rights of people of faith, stating “Tolerance is a two-way street”.