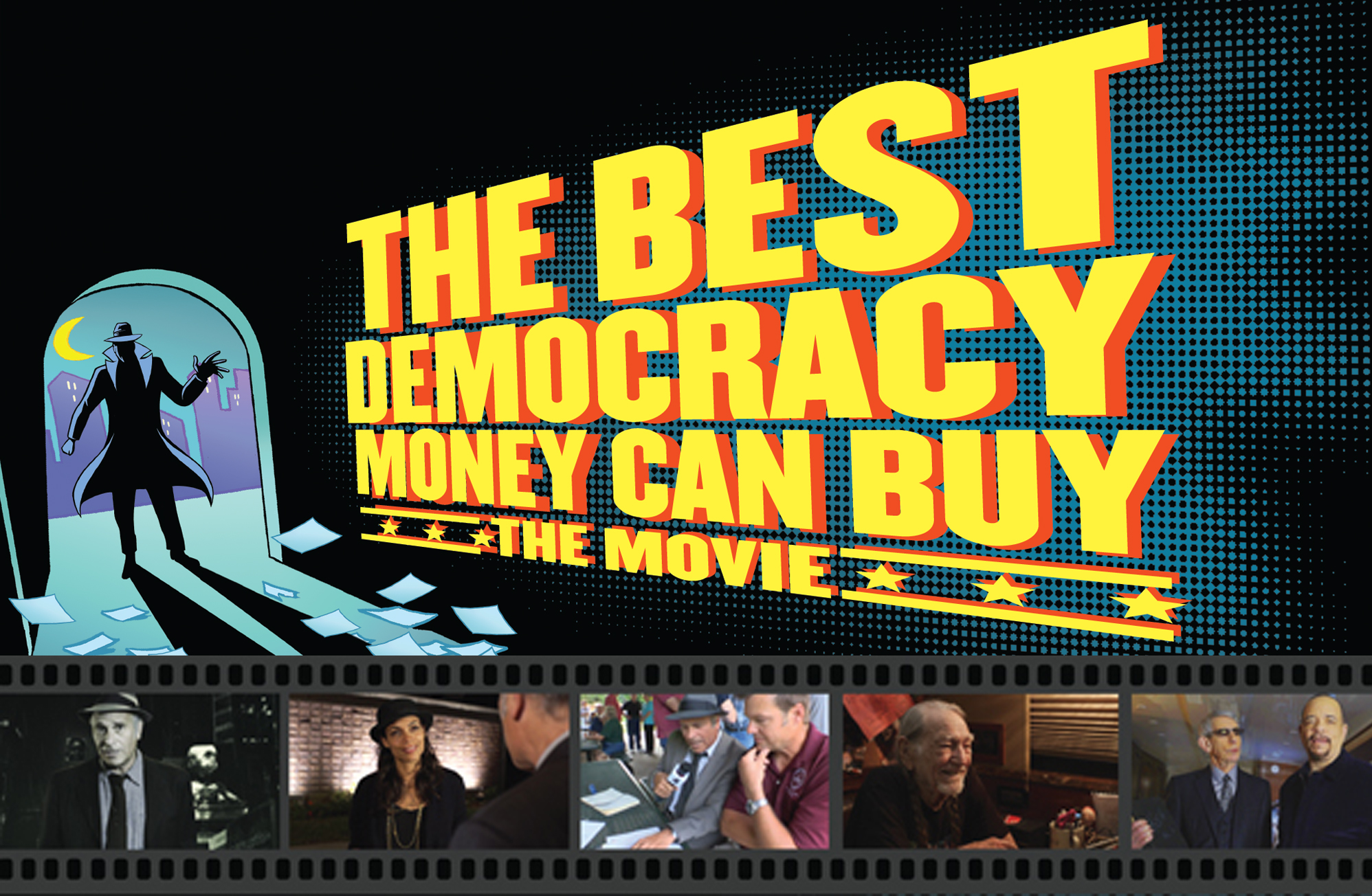 Today on WMNF’s Radioactivity investigative reporter Greg Palast (The Guardian, The BBC, Rolling Stone Magazine) says that while FOX News and President Trump say that millions of people voted illegally in the last election there is no evidence that is true. In fact he says a trial on the matter currently taking place in in Kansas is proof there is not widespread illegal voting in the US. Coming up Greg Palast tells us that illegal voting in the US is rare and that the real problem is voter suppression using a program called Crosscheck- which is computerized list of similar names of American citizens. It’s used by elections officials in 29 states to remove people from voting rolls who supposedly have voted in two states during the same election. Palast says Crosscheck illegally removes legal voters (who often have common African American, Latino and Asian surnames) from the voting rolls.

As NPR reported last month:
“A federal judge has found Kansas Secretary of State Kris Kobach in contempt of court for disobeying a court order in a case testing that state’s controversial proof-of-citizenship voting law.
U.S. District Judge Julie Robinson says Kobach violated her preliminary injunction to allow some potentially ineligible voters to remain eligible to cast a ballot, pending the outcome of the lawsuit.
The judge found that the Kansas secretary of state, who has crusaded against voter fraud, failed to update his office’s website informing some new voter applicants that they were still eligible to vote. She also found that Kobach’s office did not send postcards to such voters, who had not shown proof-of-citizenship documents when they registered, as the judge required.
Kobach is a Republican who had led President Trump’s now-disbanded commission on voter fraud. He is currently running for governor of Kansas.
The Kansas law, which went into effect in 2013, required people to show a citizenship document — a passport or birth certificate — in order to register to vote. In a lawsuit challenging the law, the American Civil Liberties Union argued that the law violated the National Voter Registration Act of 1993 and prevented more than 35,000 Kansans from voting.
In May 2016, Robinson ordered Kobach to stop enforcing the controversial proof-of-citizenship requirement. The secretary of state appealed to the 10th Circuit Court of Appeals and lost. That panel called the Kansas law “a mass denial of a fundamental constitutional right.” (Source: https://www.npr.org/sections/thetwo-way/2018/04/18/603810241/federal-judge-holds-kris-kobach-in-contempt-of-court)

And Palast writes in a column:
“Cambridge Analytica Ain’t Nuthin:
Look out for The Koch’s i360 and Karl Rove’s DataTrust

There are two dangers in the media howl over Trump’s computer gurus Cambridge Analytica, the data-driven psy-ops company founded by billionaire brown-shirts, the Mercer Family.
The story is that Cambridge Analytica, once directed by Steve Bannon, by shoplifting Facebook profiles to bend your brain, is some unique “bad apple” of the cyber world.
That’s a dangerously narrow view. In fact, the dark art of dynamic psychometric manipulation in politics was not pioneered by Cambridge Analytica for Trump, but by i360 Themis, the operation founded by… no points for guessing… the Brothers Koch.

Mark Swedlund, himself an expert in these tools, explained in the film The Best Democracy Money Can Buy, that i360 dynamically tracks you on 1800 behaviors, or as Swedlund graphically puts it [see clip above],

Way too much is made of the importance of Cambridge Analytica stealing data through a phony app. If you’ve ever filled out an online survey, Swedlund told me, they’ve got you — legally.
The second danger is to forget that the GOP has been using computer power to erase the voting rights of Black and Hispanic voters for years — by “caging,” “Crosscheck,” citizenship challenges based on last name (Garcia? Not American!!), the list goes on — a far more effective use of cyberpower than manipulating your behavior through Facebook ads.

Just last week, Kris Kobach, Secretary of State of Kansas and Trump’s chief voting law advisor, defended his method of hunting alleged “aliens” on voter rolls against a legal challenge by the ALCU. Kobach’s expert, Jessie Richman, uses a computer algorithm that can locate “foreign” names on voter rolls. He identified, for example, one “Carlos Murguia” as a potential alien voter. Murguia is a Kansas-born judge who presides in a nearby courtroom.
It would be a joke, except that Kobach’s “alien” hunt has blocked one in seven new (i.e. young) voters from registering in the state. If Kobach wins, it will, like his Crosscheck purge program and voter ID laws, almost certainly spread to other GOP controlled states. This could ultimately block one million new voters, exactly what Trump had in mind by pushing the alien-voter hysteria.

The Cambridge Analytica story was first reported by The Guardian and Observer in 2015. Did we listen? Did any US paper carry the story the British paper worked on for years? So, my first reaction reading this story was nostalgia — for the time when I was a reporter with The Guardian and Observer investigations team. We could spend a year digging deep into complex stories, working with crazy insiders. There, in 2000, I uncovered another cyber-crime: Using database matching to purge felons from Florida voter rolls. (None, in fact, were felons; most were Democrats.)” Source: http://www.gregpalast.com/cambridge-analytica-aint-nuthin-look-i360-datatrust/