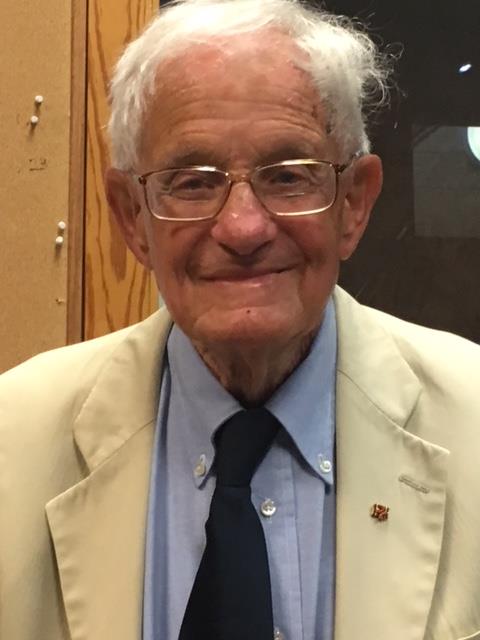 Good morning, welcome to Radioactivity I’m Rob Lorei. Coming up—we’ll meet a 94 year old Jewish survivor of Hitler’s Germany…. And we’ll talk with one of the Democrats who is running to challenge Congressman Vern Buchanan.

But first two listener comments about yesterday’s program. Yesterday, among other topics, we heard from Trump supporters and Trump opponents. After the show here’s what two listeners had to say.

Our first guest today is a Jewish survivor of Nazi Germany. He was born in Munich in 1924. He lived across the street from Adolph Hitler—after Hitler was released from prison and during Hitler’s rise to power. Our guest is Edgar Feuchtwanger and he’s written a book about his childhood called HITLER, MY NEIGHBOR: Memories of a Jewsih Childhood 1929-1939. (Other Press).

Edgar’s father was held at Dachau for a time but later released.
Our guest studied at Cambridge and taught history at the University of Southampton until he retired in 1989.
His uncle was a famed author (Lion Feuchtwanger) who was a critic of Hitler’s (and left the country in the early 1930’s)

During his time living across the street from Hitler Edgar witnessed protests for and against Hitler, the gradual takeover of the government by Nazis and the fear caused by the end of the German Republic and the turn toward fascism.

Our next guest is running for the Democratic nomination for a Congressional seat that runs from Southern Hillsborough County to Manatee County to northern Sarasota County. The seat is currently held by Republican Vern Buchanan. Our guest is David Shapiro who is a trial attorney in the Sarasota-Manateee area.

Shapiro has run for office once before—narrowly losing a state House race in 2006 in a heavily Republican District.
Bradenton Herald report on Shapiro: http://www.bradenton.com/news/politics-government/article179529431.html