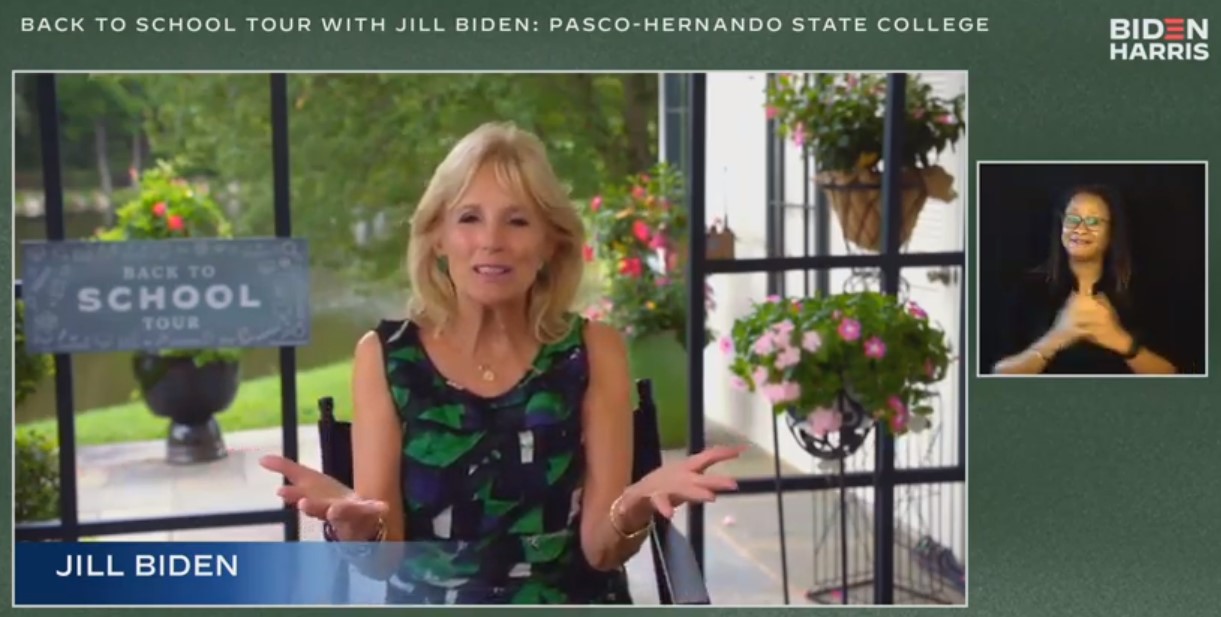 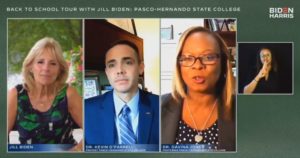 The wife of the Democratic nominee for president spoke to a class at Pasco-Hernando State College Wednesday.

Jill Biden teaches at a community college in Virginia. She spoke by video conference about how this year was different from the normal excitement students and teachers feel at the beginning of a school year.

According to the Associated Press, Biden’s husband — former Vice President Joe Biden — “raised $364 million for his election effort in August. That’s a record-shattering sum that will give the Democrat ample resources to compete in the final two months of the campaign. … The massive August haul speaks to the enthusiasm among Democrats to oust President Trump from office. Trump’s campaign has not yet released their fundraising figures for the month.”