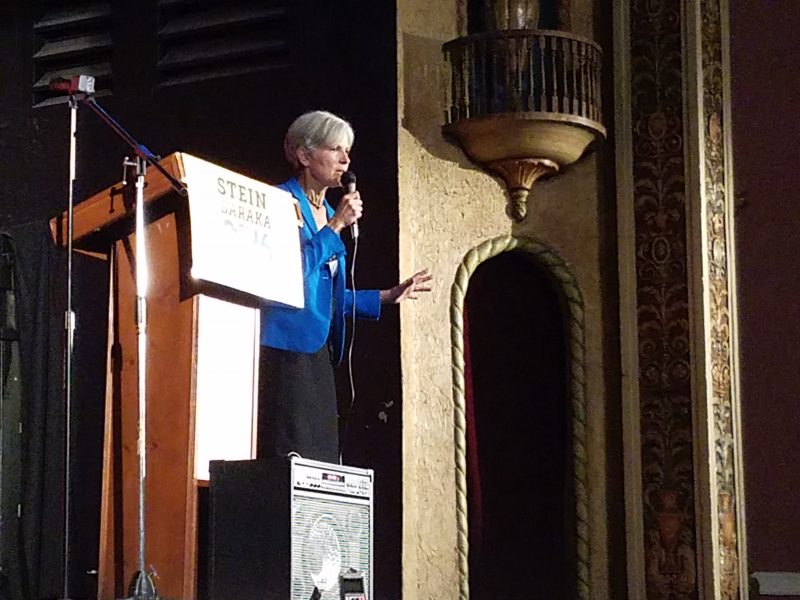 In a C-SPAN interview Tuesday night Green Party Presidential nominee Jill Stein was asked to name some people who might make up her cabinet if she is elected president; her answer included some names like Code Pink’s Medea Benjamin and economist Richard Wolff.

“So, for example, on Secretary of State, we would certainly consider someone like Madea Benjamin, who is already a world traveler and an advocate for just and peaceful relations with other countries. That is Madea Benjamin of Code Pink.

“There are a variety of distinguished economic advisers from Ellen Brown, who wrote The Web of Debt, to Richard Wolff, who is a renowned economist, to Jack Rasmus, who is a labor economist, that we would consider for Secretary of the Treasury as well as for Head of the Economic Council of Advisors and for Chair of the Federal Reserve.”

Earlier this year Stein suggested Edward Snowden might also be in her cabinet.