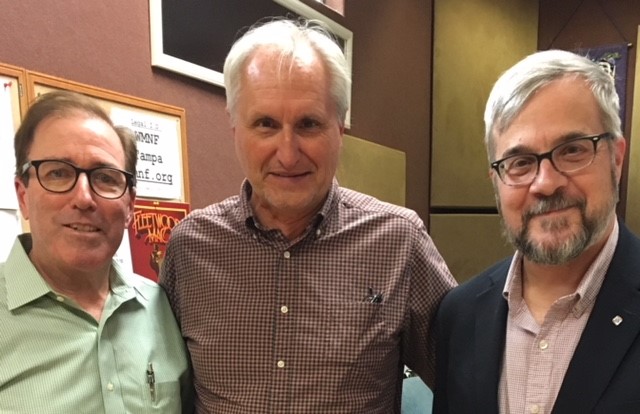 Good morning, welcome to Radioactivity. I’m Rob Lorei. Yesterday was Veterans Day. Many people serve in the US military and never see combat and do no dangerous jobs.

Others have taken part in combat or have performed dangerous tasks. As a result PTSD, injuries, homelessness and other problems follow ex military into civilian life.

Today we’re going to talk with two attorneys who specialize in legal issues for veterans.

But first we are still receiving comments about last Friday’s interview about televangelist and former mega church pastor who is now a spiritual advisor to President Trump. Here’s what one more listener had to say:

There were around 20.4 million U.S. veterans in 2016, according to data from the Department of Veterans Affairs, representing a little less less than 10% of the total U.S. adult population.

As Americans observe Veterans Day, here are key facts about those who have served in the military and how this population is changing.

The number of homeless veterans across America is estimated by

Housing and Urban Development officials to be roughly 40,000.

We’re joined now by two attorneys who specialize in representing veterans- David Cory and Rick Hurley. They’ve joined us on or near Veteran’s Day over the past five years.