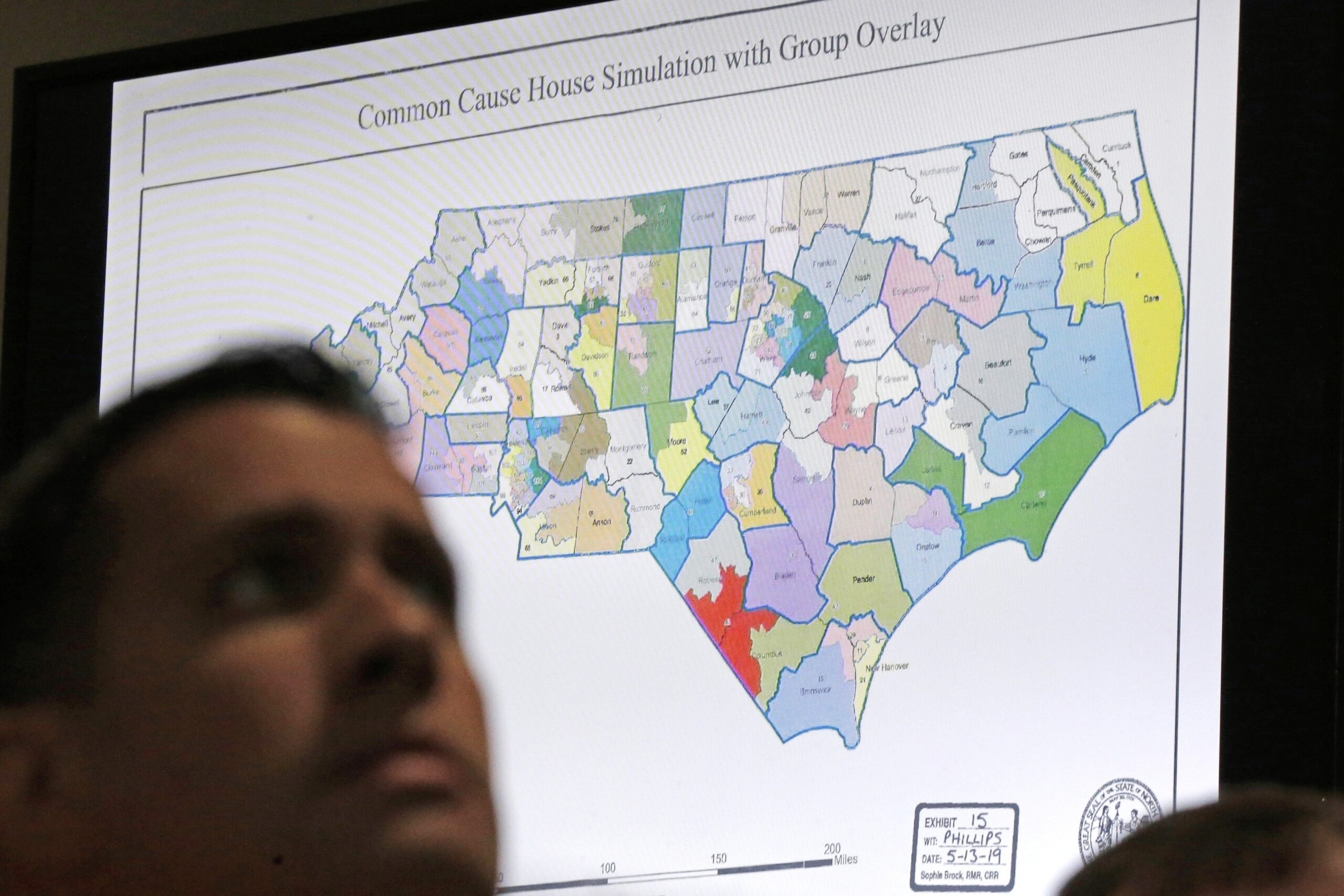 Shelley Reback interviewed Norin Dollard of the League of Women Voters of Hillsborough County, and John Godwin, an expert in Geographic Information Systems mapping, who has been consulting on the Hillsborough County Commission’s and School Board’s once-every-decade efforts to reapportion the county’s population into fair and equitable voting districts.

Godwin explained that the factors that are considered in formulating the new voting district maps go beyond just counting the raw numbers and include the need for districts to be contiguous, to follow natural geographic boundaries, and to be reflective of shared “communities of interest,” whether they are ethnic or racial interests, or urban or rural interests, among others.

Specifics about the proposed maps

Dollard announced the League would be endorsing proposed “Map E.” She discussed the redistricting process and the three current proposed maps that are being considered for adoption by the Board of County Commissioners: Map G, Commissioner Harry Cohen’s proposed map, Map E, Commissioner Pat Kemp’s sponsor map, and Map F, Commissioner Gwen Meyer’s proposed map and the new revisions to her map which were presented at the previous night’s BOCC meeting.

Although Meyers claimed at that meeting that her revisions were “just tweaks” to her proposed map, Godwin explained that her newly disclosed Revised Map F made significant adjustments that amounted to the shifting of approximately 75,000 people in numerous communities throughout the county into different voting districts.

And he noted it made District 2, currently represented by Commissioner Ken Hagan, “even more Republican” than it is now.

Apparently, the Republicans agree since the local GOP Facebook page urges Republicans to turn out to support Map F as “it gives the GOP candidates the best chance to win in [Districts] 2,4 and be competitive in 1.” Why Democrat Gwen Meyers is sponsoring a redistricting map that protects Republican Ken Hagan’s seat and aids Republicans’ future electoral prospects remains a mystery.

In an email news release on Thursday, the Hillsborough County Democratic Executive Committee announced that the party is “calling on the BOCC to support Map E.”

The press release continues, “Map E builds on the sound, nonpartisan re-districting principle of keeping communities together. It creates truly representative districts. Map E also retains a district which has seen strong population growth in its Black community. This district presents an opportunity for voters to continue to elect a county commissioner to the BOCC who will represent the interests of Black residents well into the future. It is vitally important that the map we choose maintains the voice of Black residents, which represent nearly 15 percent of our County. Map E also recognizes the will of the voters in Temple Terrace to remain in District 2.”

The next and final public hearing on redistricting is scheduled for Tues. Nov. 16 at 6:00 p.m. It is a hybrid-virtual hearing and information about it may be found here.