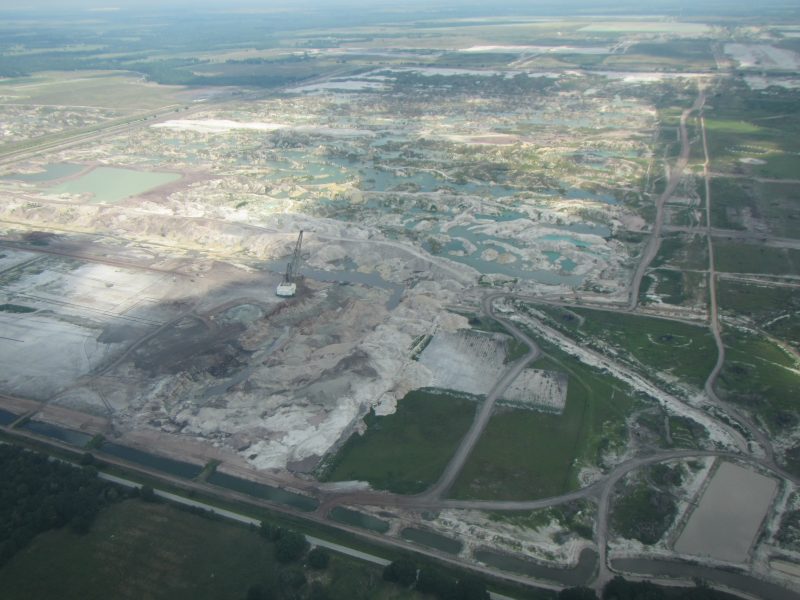 The Mosaic fertilizer company has gotten approval for expanded phosphate mining in eastern Manatee County, with some slight modifications to its proposal. The Manatee County Commission approved a change in zoning Wednesday for about 3,800 acres. The zoning was changed from agriculture to mining / extraction. A special land use meeting was in its third full day Wednesday after two days in January mostly taken up by comments from the public.

Two commissioners, Charles B. Smith and Robin DiSabatino, voted to deny the expanded mining, but they were outnumbered. The remaining commissioners requested changes to waivers and exemptions to the county’s comprehensive plan that were requested by Mosaic. The phosphate company agreed to revise its mining plan to remove a waiver for a 1,000-foot setback from wetlands and restoring the required setbacks from a road and a park.

This is Smith on why he opposed the mining expansion:

“Applicant has not met the burden of proof. In 2004, the land was purchased. They was (sic) fully aware, in 2004 that they would need a rezone. When the land was purchased, they fully understood what the usage was that day. They also understood that this body or whatever body was in office at the time, would have to do a rezone. They made that decision to move forward and purchase this land in 2004.

“The usage today, that’s in place, does not harm the applicant. Applicant has the ability to use the property today. I find no public purpose to benefit this county. I also find that in 2004, when this land was purchased, the powers to be should have known that it was a gamble.

“Madam Chair, I will be denying both recommendations.”

In a statement on its website, Mosaic wrote, “This is a great day for Manatee County, our more than 3,500 Florida employees, and farmers across America who rely on the products we produce right here in the Sunshine State.”

An attorney for Mosaic, Hugh McGuire, said during Wednesday’s meeting there were some questions he would not answer from an environmental group about economic costs of mining to Manatee County and its residents.

County Commission chair Betsy Benac: “What is the economic loss associated with the land?”

McGuire: “Commissioner, there’s one point. The answer to your prior question, I think, was answered by Mr. Blitch, okay? We’re gonna try to answer all of your questions, okay?”

Benac: “These are not our questions.”

McGuire: “I know. I know that. But, some of those, we think may not be relevant and we will object. And we have talked with the attorney. It’s no reflection on you or anybody that asked it. We just think that– I told you the thrust, for this commission. So, if we object–”

Assistant Manatee County attorney Bill Clague: “They have the right to do that. It is our process that we do have to pose the questions to them and it’s up to them to decide how they want to respond to them. [inaudible]”

McGuire: “So, don’t hold it against us if I say we object to some question, okay? And I’m gonna do that with this economic. There’s no way we can quantify the answer to the questions asked. It’s irrelevant. I told you, on our direct, what Mosaic contributes to this community, in the way of taxes. It’s on the record. We stand by that and we don’t think that the rest of it is relevant and we (sic) not gonna answer it. Thank you.”

Clague: “If you could just stay at the mic and say ‘same objection’, that’s fine. That covers this procedurally, unless you want to change your answer.”

Later on, Mosaic’s mine permitting manager Bart Arrington said property values near its mines are comparable to other property, though a resident later contradicted that.

Also during Wednesday’s hearing Benac said she learned for the first time that Hardee County gets payments from Mosaic to allow mining in that county.

At the end of the meeting the commission agreed to revisit its rules on mining.

Phosphogypsum waste produced after the phosphate mined in Manatee County is shipped outside the county will be stored in a “gyp stack,” likely in Polk or Hillsborough. Last August a massive sinkhole in one of Mosaic’s Polk County gyp stacks leaked millions of gallons of contaminated water into the drinking water aquifer.