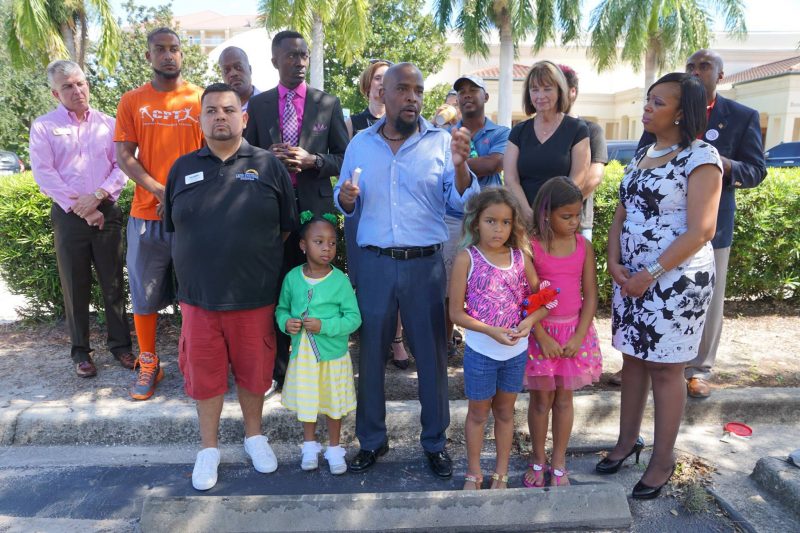 The Manatee County NAACP is pointing out racial disparities in policing by the Bradenton Police; Rodney Jones, president of the Manatee branch of the NAACP, used a public records request to get documents showing that 21 percent of motorists stopped by police are black, even though African-Americans make up only 16 percent of the city’s population. Jones also points out that seven of the fourteen people that have been shot by Bradenton Police in recent years were black.

“When I hear the Mayor talk about a political stunt, he talked around the real issue and a real elephant in the room. The elephant in the room is that the Bradenton police department appears, or it can definitely be construed by the data, that they are practicing racial profiling and we have the disproportionate number of the black community being shot by law enforcement, by the Bradenton police department.

“I don’t see how anyone could construe those numbers as a political stunt. There was no mention of the numbers by him; no concern showed; no talk about ‘We’ll be looking into it.’ The only thing he said that it was a political stunt. That’s concerning too, but, we’re not surprised by that posture. That’s a posture that has always been prevalent here as it relates to our minority populations here. So, you just have groups of people, now, that we’re going to push forward on these issues. We will no longer be silent on them and by any means necessary, we will get to– we’ll get down to some resolution of these issues.”

Jones refers to Bradenton Mayor Wayne Poston who called an NAACP press conference over the weekend a “political stunt.” The Mayor’s office declined WMNF’s interview request and referred us to Bradenton’s Police Chief Melanie Bevan, who also declined to be interviewed.

“Since 1988, they say that’s as far as they can go back, from 1988 to the current year, with 14 shootings. Of the 14 shootings, 7 of those shootings involved blacks. So, that represents a rate of 50%. Where that is concerning for us, the City of Bradenton, blacks make up 16% of the population.

“The national average for law enforcement shooting of blacks is 38%. So, that 50% represents a number that is above the national rate, which is already a disproportionate rate.”

Jones says he will make similar request for records from the Palmetto Police and Manatee County Sheriff.