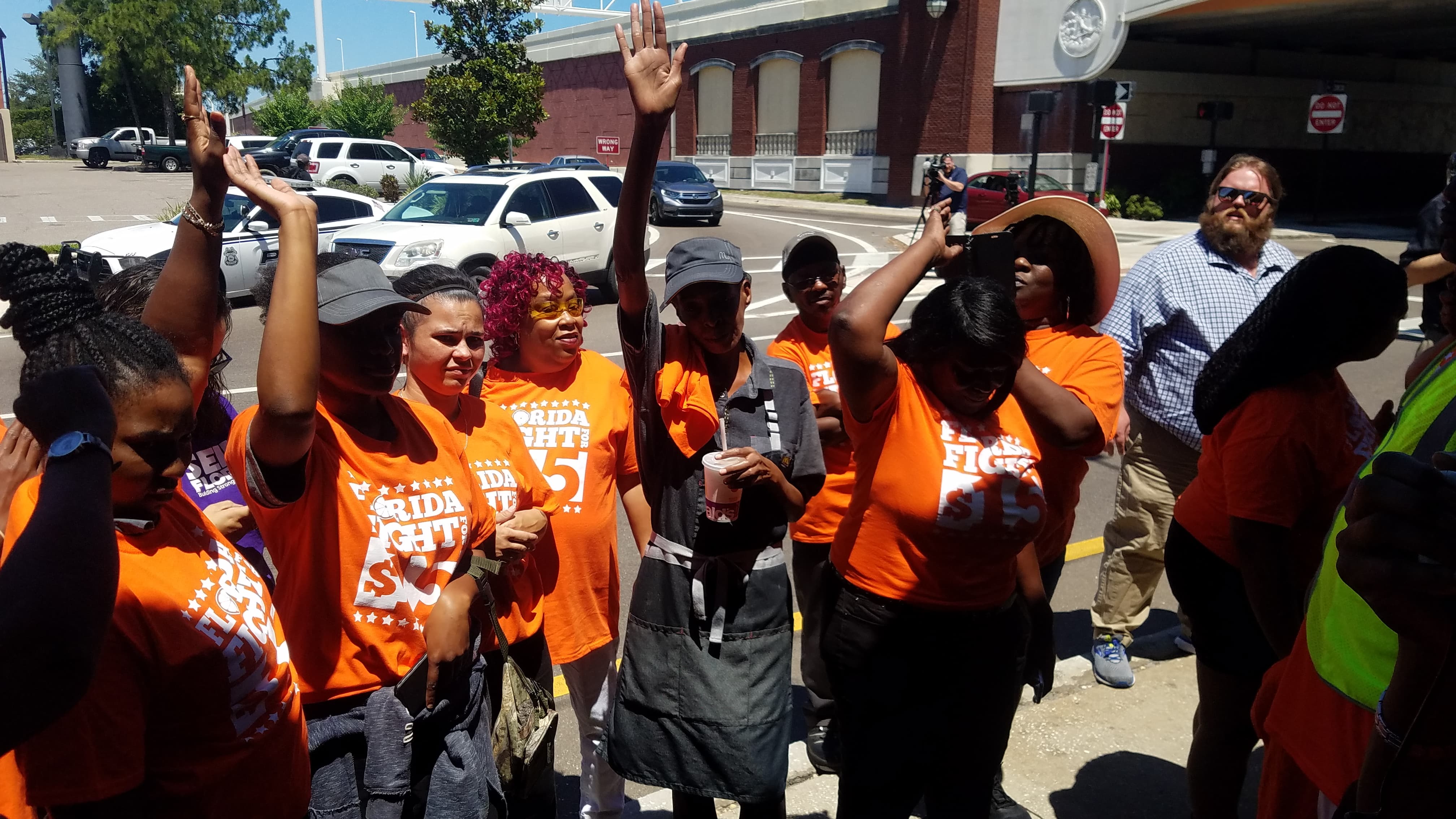 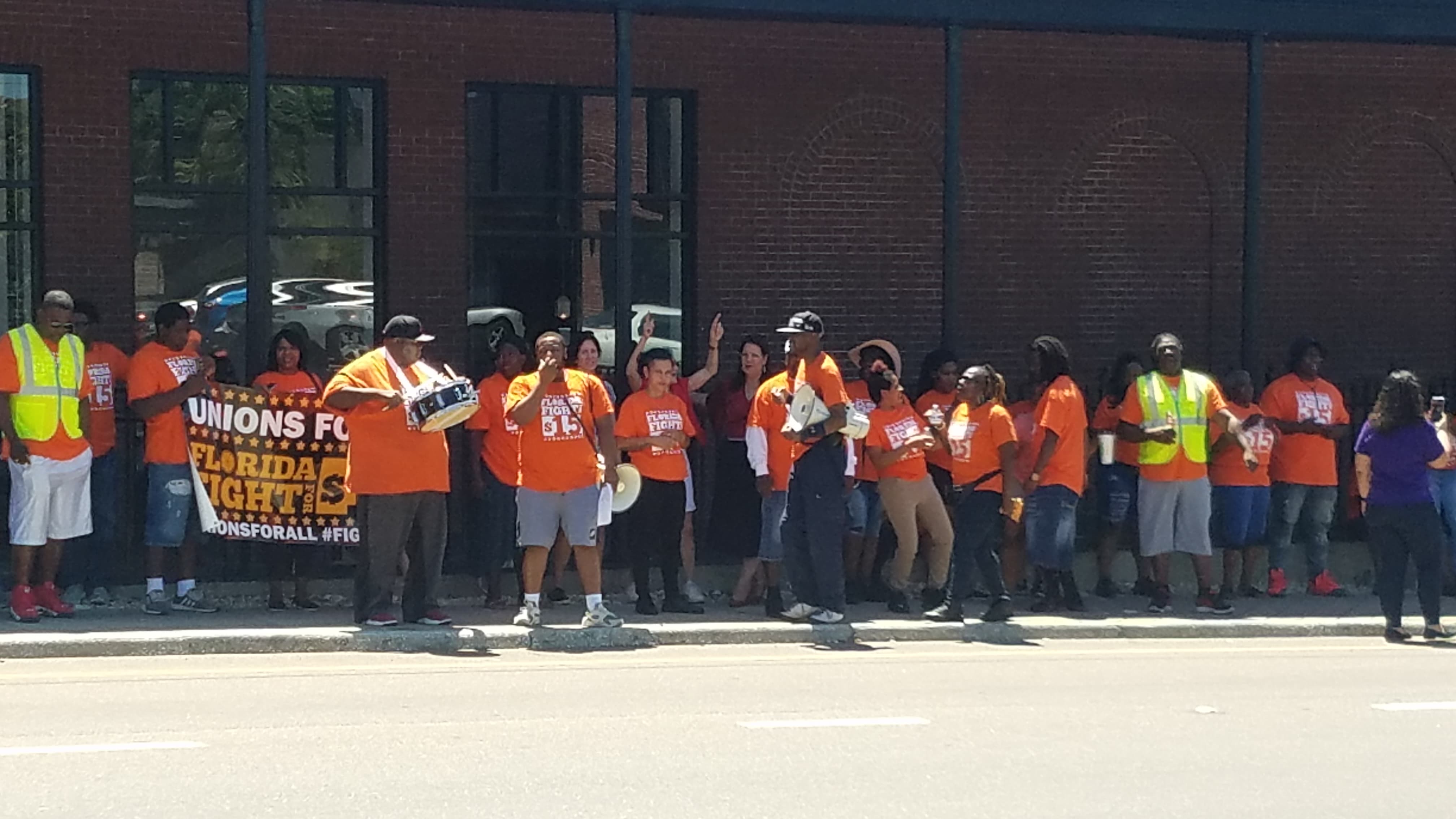 Supporters of workers who walked off the job at an Ybor City McDonald’s. By Seán Kinane / WMNF News (23 May 2019).

About fifty people held signs and chanted outside a McDonald’s restaurant in Ybor City Thursday afternoon. They were demanding $15 an hour for workers and union rights. It’s part of a nationwide walk-out and strike Thursday.

Four workers at the McDonald’s on East 13th Avenue walked off the job and were cheered on as they joined the others along the sidewalk.

WMNF asked Gail Rogers, who is a crew trainer at the Ybor McDonald’s – what a $15 an hour wage would mean for her.

A regular customer at that Ybor McDonald’s was there to show support for Gail Rogers; Sean Hayes is a network engineer for a telephone company in Tampa.

“Well, I’ve known Gail here since I’ve been coming up here, and we’ve become friends, and she told me she was going to be doing this. It’s a pretty impressive, brave thing. I didn’t know it was going to be this big, and I just wanted to be here to let her know that I am here to support her, and I understand that it’s not a consequence for anything, doing what she is doing, fighting for what she deserves, which is a living wage and being able to provide for herself. Works too hard to have to worry about doing her full time job and having to do this.”

Bobby Fields works at this McDonald’s but was not scheduled to work Thursday. He came out to the picket line anyway to show support.

“I decided to join the strike and watch my fellow co-workers come out here for justice, because I have been here for over 11 years now, and not only has my pay’s been decreased on a certain occasion of my career here, but at the same time, I observed, people like Ms. Stacy and cookers I work with get treated disrespectfully on the job, get cursed out for no good reason whatsoever. I couldn’t be more happier than to support them and applaud them for the justice that they decide to fight for. If I was working this morning, I would have walked out too.”

SK: Do you think you will get in trouble for being on this picket line?

“Absolutely not. Absolutely not, because at the end of the day, if I get fired for fighting for justice, for the reason they walked out, I mean, I know I have the Union by my side, you know. So, if they fire me, then they’re going to be the ones who are going to get punished. So, for me, as far as termination goes, I’m not worried about it. Because I fight for a righteous cause. Because I deserve to be treated the way they want to be treated at the end of the day, as well.”

The “Stacy” that he referred to walked off the job today. She said only makes $9.65 an hour after working in the same McDonald’s for 19 years.