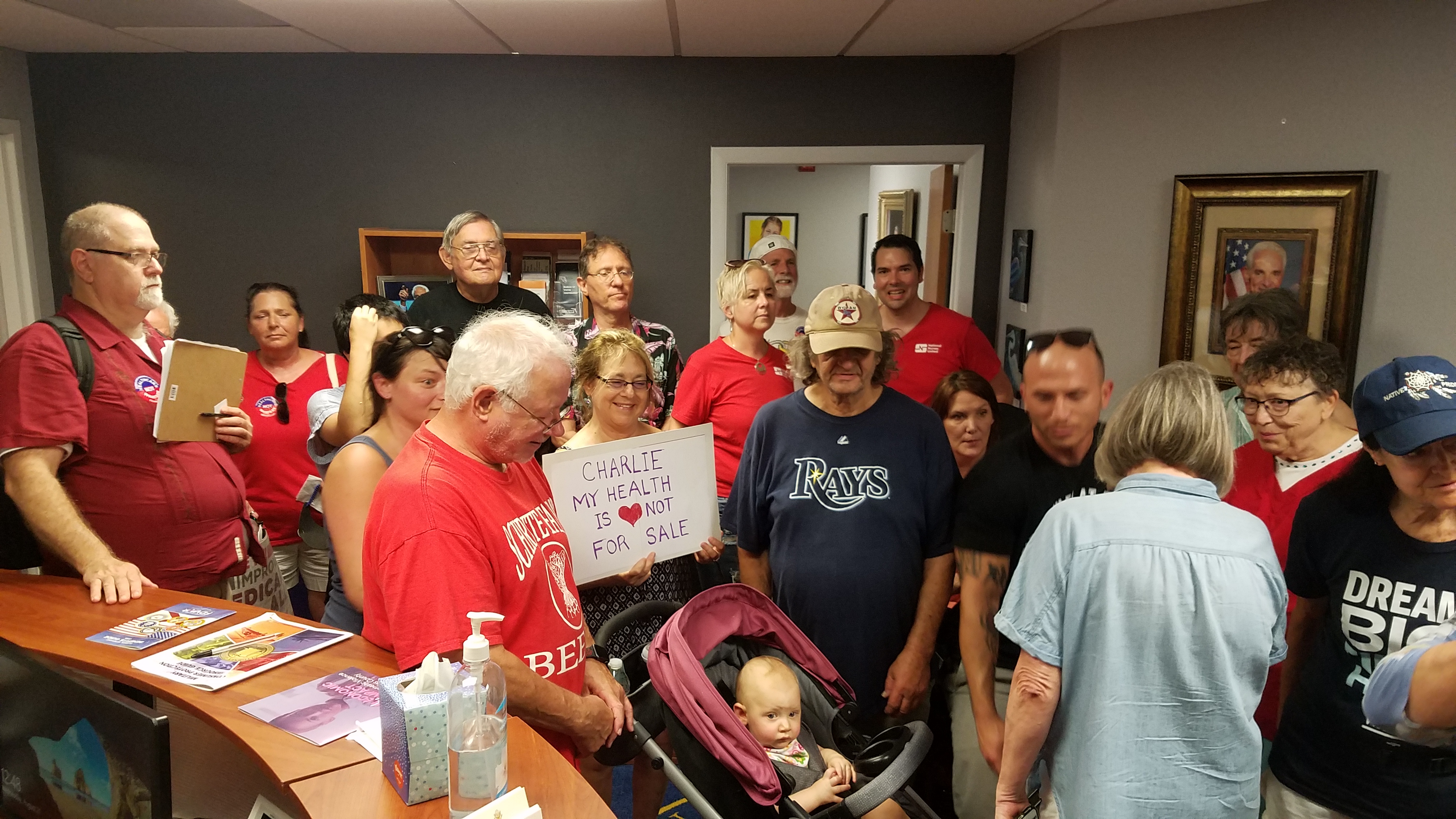 Update: We’ve added video at the bottom of this page

On Wednesday afternoon about thirty supporters of Medicare for All packed inside the lobby of the downtown St. Petersburg office of Congress member Charlie Crist.

They asked his staff to try to change the Democrat’s mind and have him support H.R. 1384, the Medicare for All Act of 2019. 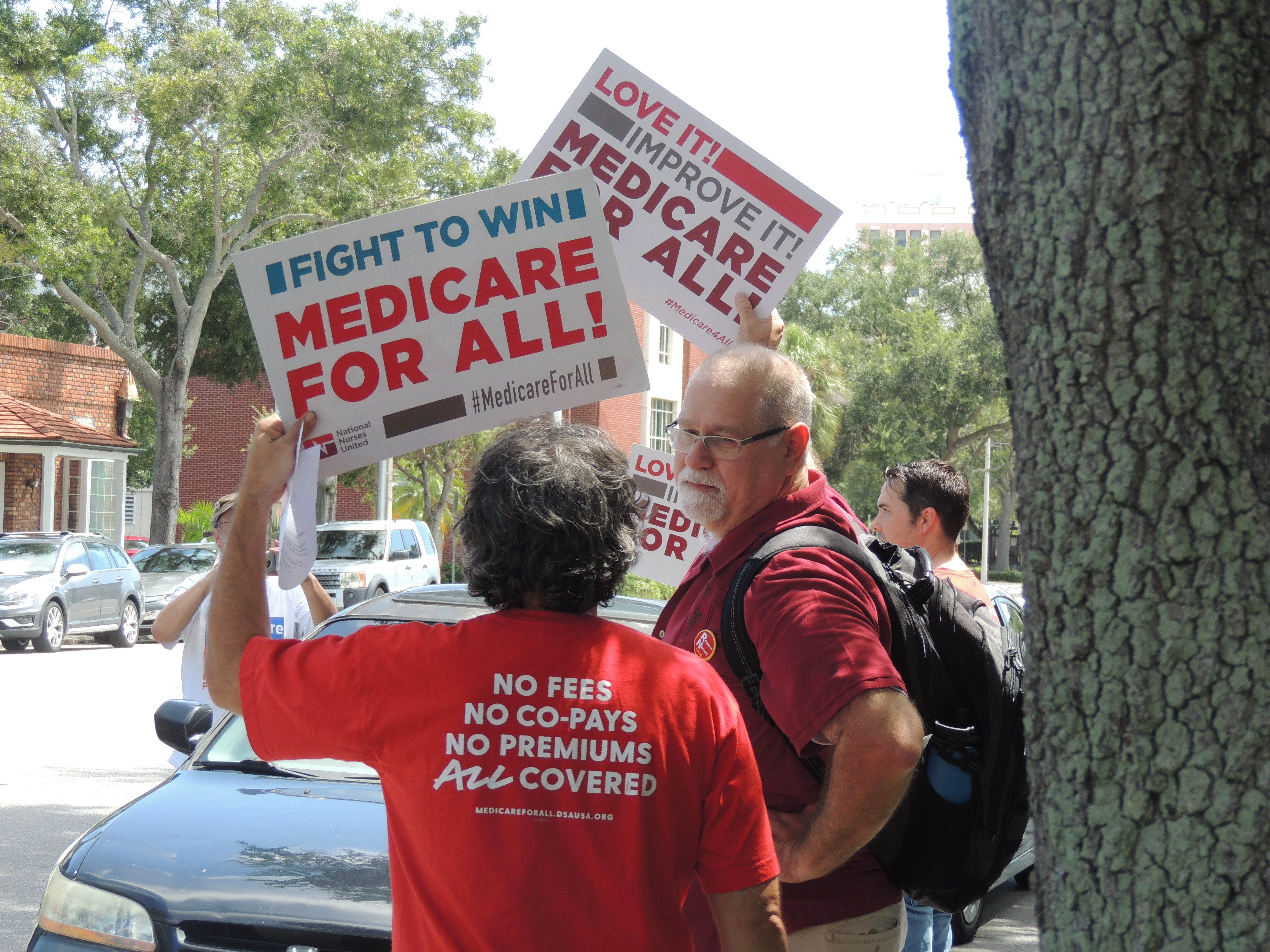 Before entering Crist’s office, they held signs and waved at cars along 1st Avenue North. Nick Chiappone is an R.N. and was one of several nurses at the rally.

SK: Doesn’t private insurance cover some of that?

“And people with substance-abuse issues have usually exhausted all of those resources. So, what happens to those people, is they end up either going to jail, or going to the hospital and being kind of sponge-dried at the hospital, sent back out to do the same thing again, and then, back in the E.R. again. So, there’s a big gap, as far as, how the hospital treats substance abusers and drug addicts, as well. So, I’m hoping that with a Medicare for All plan that everyone will be covered, and these types of services might be included in that as well.”

The Medicare for All rally was hosted by PDA Pinellas and Indivisible FL-13.

Even though military vet Charles Kilboy has good insurance, he thinks everyone else should be covered as well. 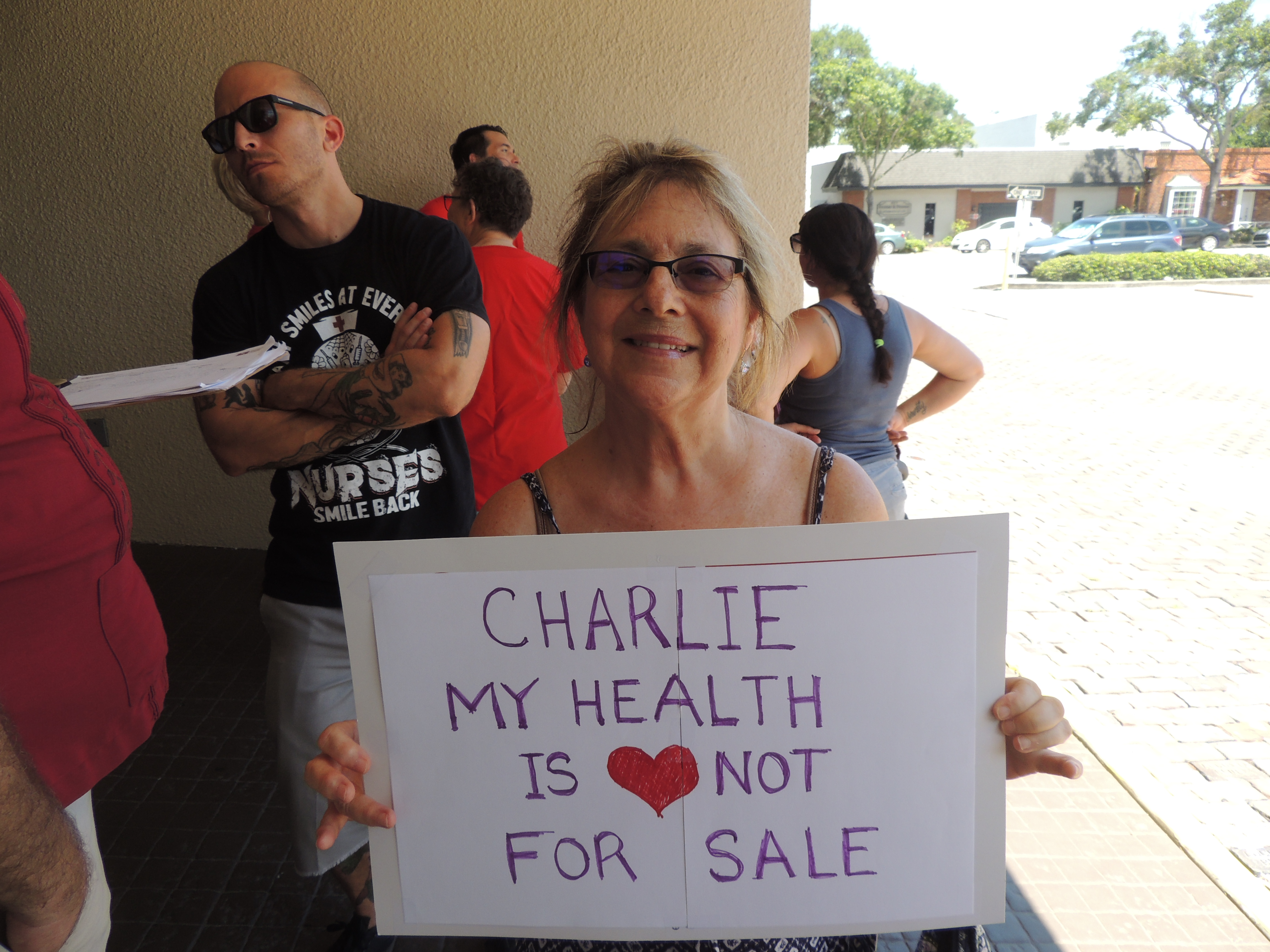 “We were at Charlie Crist’s office trying to convince him to sign on to the Medicare for All bill because, it is what we all need. I have coverage under the VA because I was in the right place at the right time. But I didn’t earn it any more than anyone else did. So, why do I have it and no one else has it? I worked as a construction electrician most of my life. So, I had Union coverage, which was good. But the unions are also responsible for why we don’t have Universal Health Care. They blocked in ‘48. They blocked it again in ‘60. I’m not proud of that. I want to see a change.”

Rep. Crist’s office did not respond to WMNF’s request for a statement on H.R. 1384.

Medicare for All supporters also plan to rally outside the Tampa office of Congress member Kathy Castor at 9:30 a.m. Friday. It’s at 4144 North Armenia Avenue & hosted by the Tampa Bay Democratic Socialists of America, Florida for Bernie, Our Revolution Tampa Bay and Progressive Democrats of America Hillsborough.