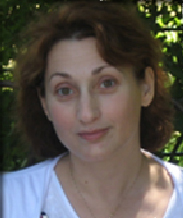 Howard Glasser, Chairman of the Children Success Foundation, talks to us about his Nurtured Heart Approach, a method of dealing with difficult and hyperactive children through positive reinforcement and recognizing that a “problem” child’s energy can be channeled constructively. Glasser offers his approach as an alternative to prescribing children powerful psychoactive drugs, an increasingly frequent practice especially for young boys . Glasser will be speaking at the Florida Adlerian Society Annual Conference at the Safety Harbor Resort and Spa at 9 a.m. on Friday, March 6.

We then get some analysis on the speech Israeli Prime Minister Benjamin Netanyahu made to Congress yesterday. Joining us is Jennifer Lowenstein, Middle East Studies Professor at University of Wisconsin-Madison. She wrote a piece for Counterpunch soon after the speech aired, criticizing him for claiming Iran is the main terrorism sponsor in the middle east while ignoring ISIS. Loewenstein expounds further on her stance that Netanyahu is a “de-facto supporter of ISIS”.