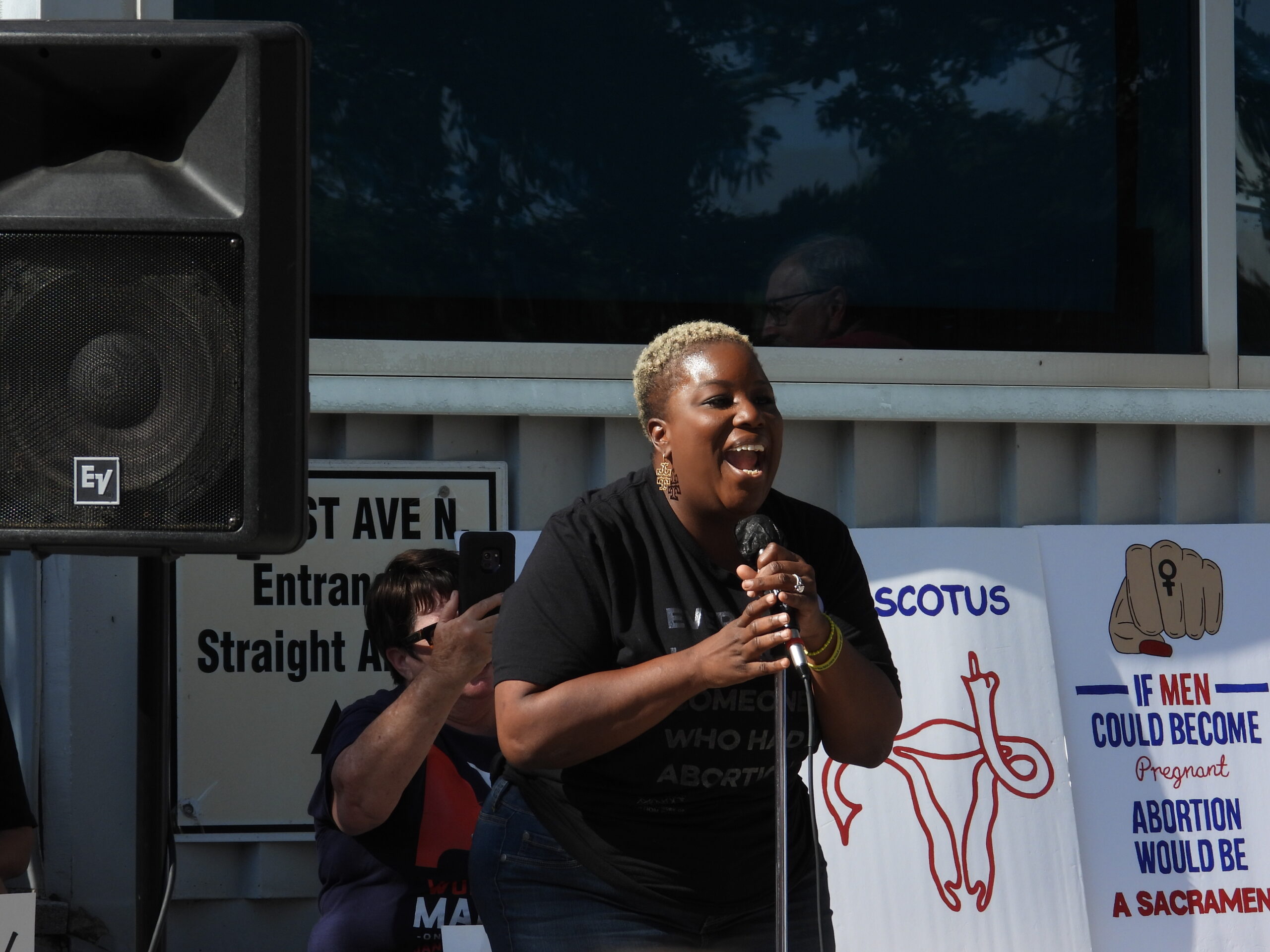 She is now running against Jeremy Brown, a former Special Forces soldier and self-described Oath Keeper, who is running from the Pinellas Co. Jail while awaiting his trial on charges of illegal possession of unregistered weapons and ammunition, charges related to his presence at the Capitol on Jan 6th.

He calls himself a “political prisoner.”

It is mathematically impossible for him to win his race in this newly gerrymandered Democratic district that crosses the bay from South St. Pete in Pinellas County to the western edge of Brandon in Hillsborough County.

So, Representative Rayner says she is not worried about being re-elected herself but she is extremely concerned about other races in this election and the genuine possibility that the Republicans will finally achieve a super-majority in the Florida legislature.

If that happens, Rayner sees dark days ahead for democracy in Florida.

Rayner also told WMNF’s MidPoint that her campaign has been harassed. “I’ve had people reach out to me who are familiar with Mr. Brown and said that they are glad that he is in custody during this election. Because they would really fear for my safety. I have feared for my safety with regard to his supporters and his campaign team. I’ve been, you know, approached and accosted at events they have taken pictures of me they have followed me outside. So yeah, it’s real,” Rayner said.

Updated on 7 Nov. 2022 to correctly reflect the charges against Brown