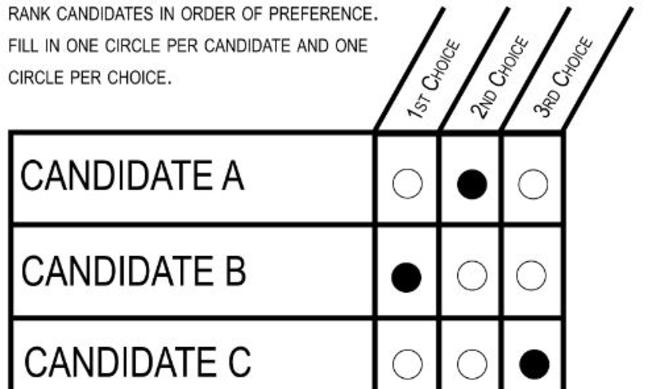 A recent survey shows that former Tampa Police Chief Jane Castor has an overwhelming lead in the early going for the 2019 Tampa mayoral election.

Her 37-point advantage over her next closest competitor (former County Commissioner Ed Turanchik) prompted a conversation about how competitive the election will ultimately be when Tampa voters go to the polls in March of 2019.

Meanwhile in San Francisco, voters will elect a new mayor next month, where the issue of Ranked Choice Voting (RCV) is playing a prominent role.

For offices decided by RCV, voters rank their first, second and third choices. Through a complicated system of algorithms, if no candidate gets 50 percent-plus-one after counting all the first-place votes, the last-place candidates are eliminated one by one, and their voters’ second-choice votes are redistributed.

RCV is how Jean Quan was elected mayor in Oakland back in 2010 despite not receiving as many first-place votes as one of her opponents, former state Sen. Don Perata.

Activists in Sarasota have been trying to get RCV implemented for over a decade, and they’re now closer than ever to possibly getting it approved.

Yury Konnikov with the Florida Initiative for Electoral Reform joined the program to talk up the benefits of RCV.

You can listen to the entire show here.