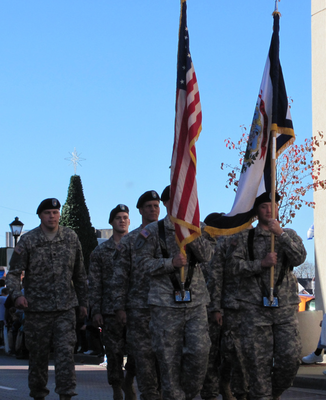 Coming to the Tampa Bay area within the next few days are a series of dramatic performances centered telling the stories of military veterans returning from Iraq and Afghanistan. “Telling: Tampa Bay” is part of a national project focused on giving voice to the experiences of military veterans,who make up less than one percent of the general population. The performance scripts are based on interviews with veterans and are written by the Project’s founder Johnathan Wei.

Joining us today to talk about the project are Lisa Powers, director of the productions, and local veteran Taylor Urruela. Powers is well known within the local theater scene for her work as an actor and previously with American stage theater. Urruela is a six year army veteran who lost his leg to two roadside bombs in Iraq. He the co-founder of VetSports, a non-profit aimed at getting injured vets involved with sports.