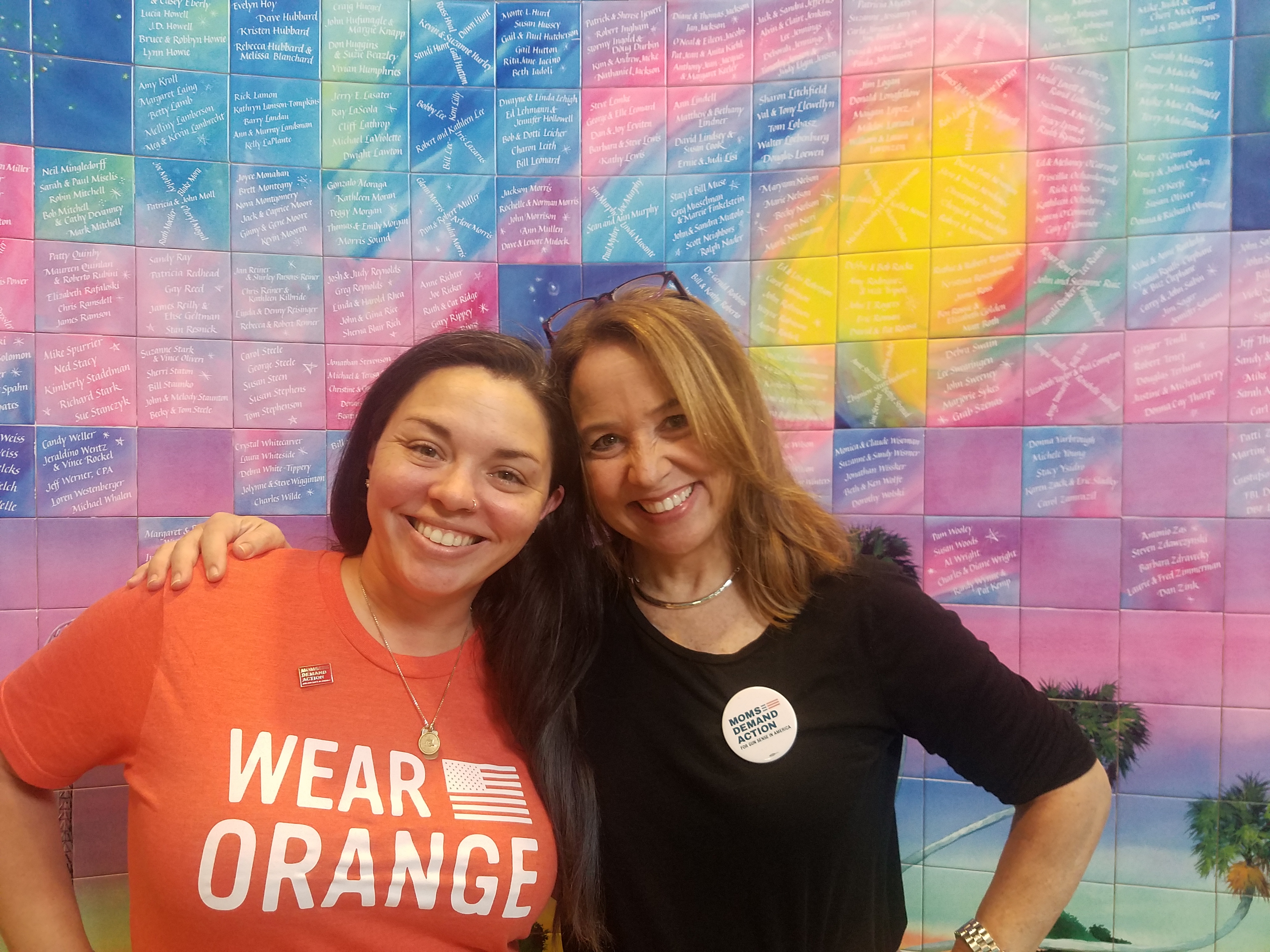 Another mass school shooting prompts us to take another look on WMNF’s MidPoint at the epidemic of gun violence in the United States; our guests in the studio are part of a group looking for solutions, Moms Demand Action for Gun Sense in America.

On Friday in Santa Fe, Texas, the suspect in a school shooting began his attack by firing a shotgun through an art classroom door. Witnesses said it shattered a glass pane and sending panicked students to the entryway to block him from getting inside. The suspect fired again through the wooden part of the door and fatally hit a student in the chest. The shooter then lingered for about 30 minutes in a warren of four rooms. Officials said he killed seven more students and two teachers before exchanging gunfire with police and surrendering. Today we’re going to talk about this latest mass shooting and what can be done.

Our guests were both with the Tampa local group of Moms Demand Action for Gun Sense in America. Wendy Malloy is the local leader and Erin Wiley is the membership leader.

So why does the U.S. lead in gun deaths?

“It’s very simple: it’s the availability of guns. We have a homicide rate by gun that’s 25 times higher than our peer countries, the same economic development level around the world. Twenty-five times higher,” Malloy said. “There are all kinds of reasons that come up, particularly from people who are funded and backed by the NRA. They are beholden to the NRA so they have all sorts of reasons that are put forth in the wake of events like this. but the reality is it is the availability of guns in this country. That’s the variable.”

We also heard comments left by listeners after our last show. It was the day Israeli soldiers shot and killed dozens of Palestinians protesting in Gaza. The same day the U.S. celebrated the opening of its embassy to Israel in Jerusalem, including a speech by Jared Kushner.

Watch the show; sorry the volume is pretty low, so you can listen with the above link: