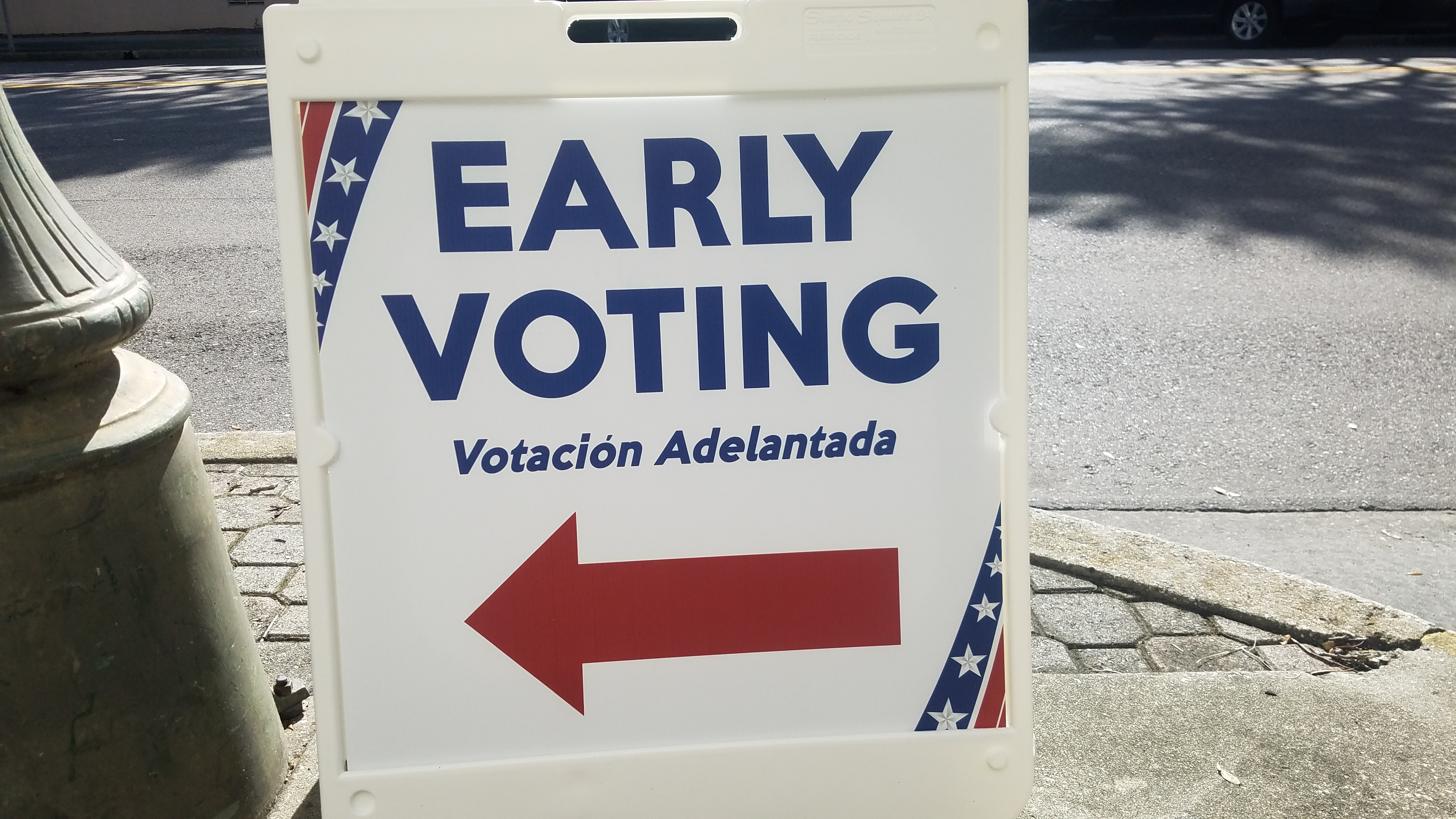 There’s no way to tell yet whether there’s been a spike in voters who have recently moved to Florida from Puerto Rico, but there are some signs from the Kissimmee area that there may be an increase. That county, Osceola, has the highest percentage of people from Puerto Rico in Florida. County Supervisors of Elections don’t have records on whether a voter is from Puerto Rico — the closest approximation is a voluntary box a voter can check off on the registration form indicating “Hispanic” background. According to the Osceola County Supervisor of Elections office, more people who checked the box identifying as Hispanic had voted by 1:00 p.m. Tuesday than had voted in person during the entire primary Election Day four years ago. That’s despite the fact that the total number of voters by early Tuesday afternoon had not yet reached the 2014 full-day total. The same trend holds true for early voting and vote by mail in Osceola County: far more people who identified as Hispanic voted this year in Osceola during early voting and vote by mail compared with 2014. 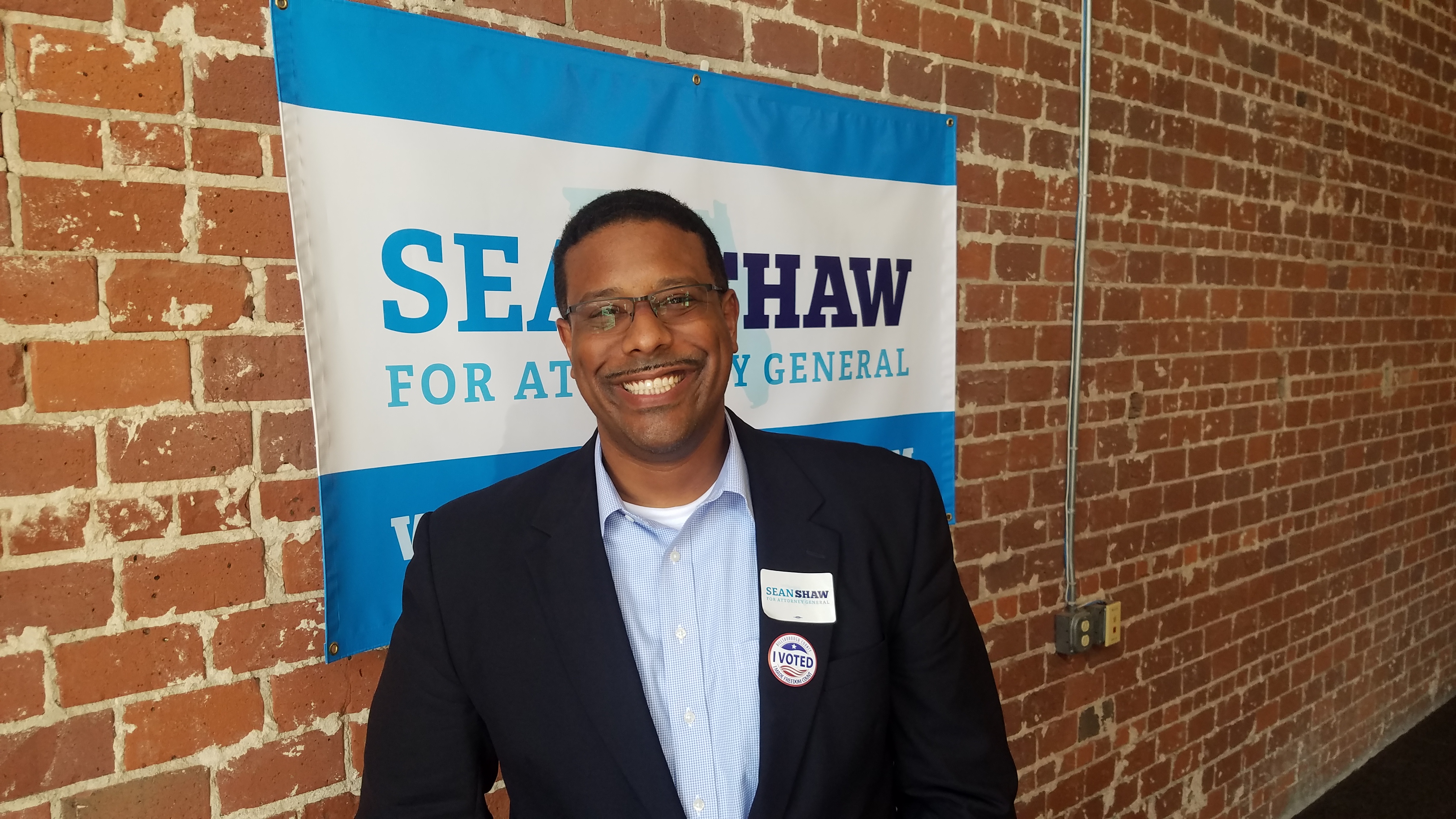 In other Primary Day election news, a Democratic candidate for Attorney General, Ryan Torrens is back on the ballot after a judge ordered him removed late last week. But he still faces an uphill battle against his primary opponent, Sean Shaw. Shaw’s campaign said he would not comment on the court case because the case is still in progress. But in Ybor City Tuesday morning, WMNF News asked Shaw about gun laws and about voter turnout in the primary election.

The winner of the Democratic primary for Attorney General will face independent Jeffery Siskind and the winner of the Republican primary, either Ashley Moody or Frank White.

Shaw isn’t the only candidate impressed with the voter turnout so far. Dianne Hart is running in the Democratic primary for Florida House District 61 and greeted voters at a precinct at Belmont Heights Park in East Tampa. 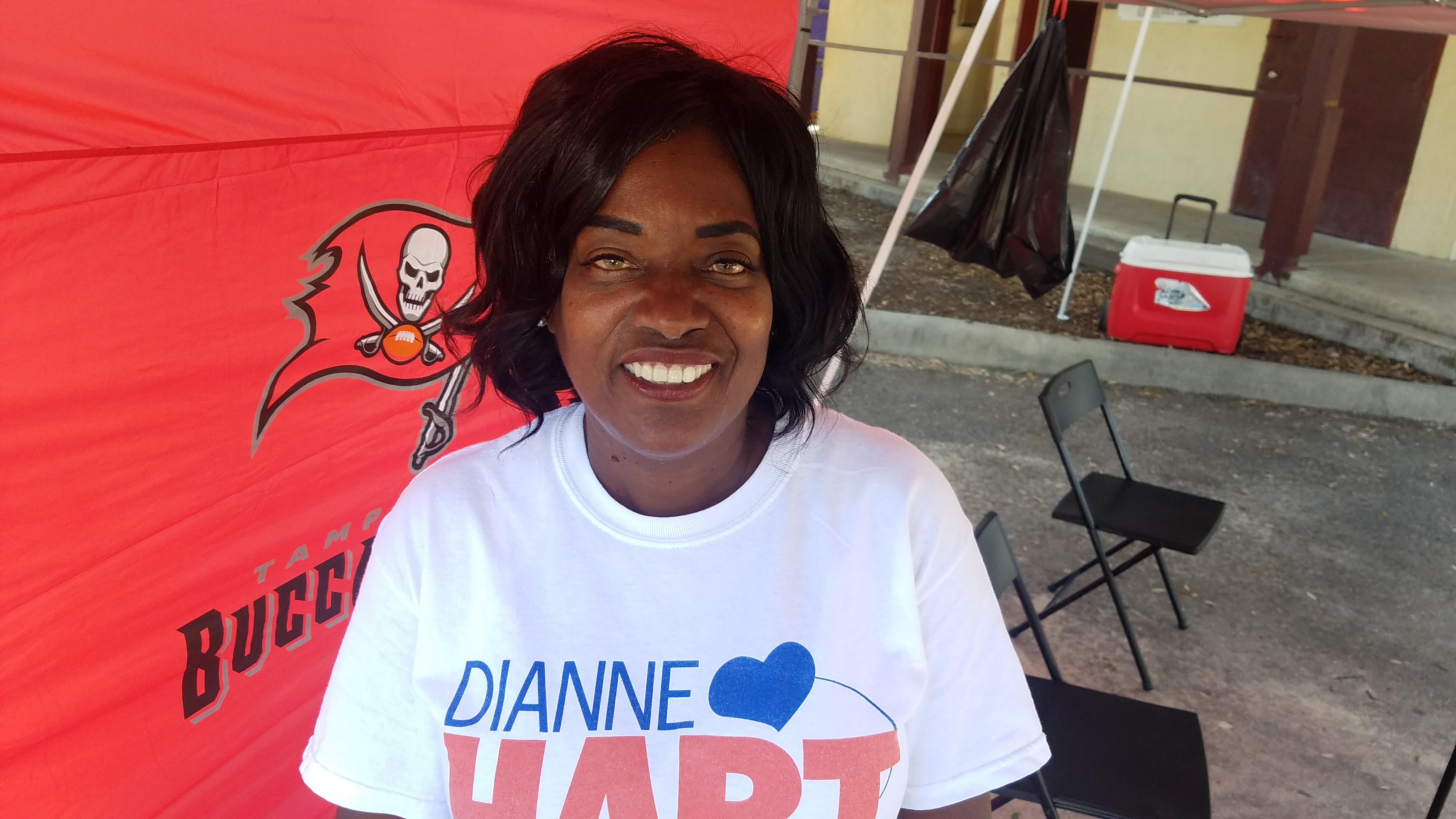 Hart’s primary opponents are Karen Skyers, Sharon Carter and Norman Harris. The winner is nearly guaranteed a spot in Tallahassee because write-in candidate Valion Joyce will be their only general election opponent.

Very few voter complaints have shown up on our radar so far. A voter at a precinct in East Tampa (Belmont Heights) left without voting because she was told she was at the wrong location. But she was given the address of the correct precinct.

Note: Here are two sources of demographic data by county in Florida.