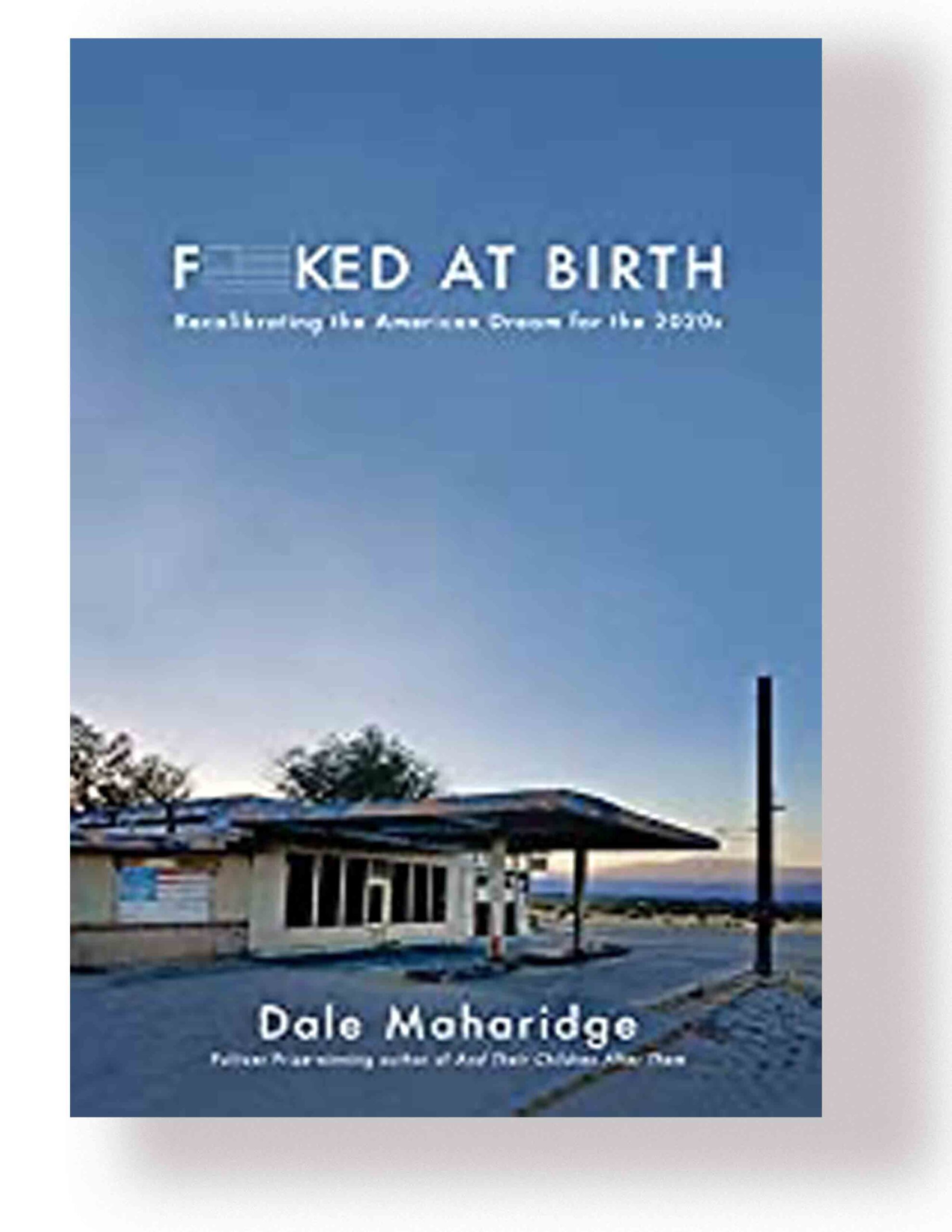 What happened? How did we get to where less than one percent have more wealth than everyone else in America combined? Why are so many people holding down jobs but living in their cars because they can’t afford rent? Who are the people panhandling at every busy intersection of every American city? How is it possible that we spend gazillions of dollars on weapons that will never be used while children starve across all fifty states? Why is health-care debt the number one cause of bankruptcy in America? Questions. So many questions. Dale Maharidge has spent the last couple of decades asking these questions. He has written extensively about all of these problems and more. Dale has traveled the length and breadth of the USA to investigate, to interview, to experience, to learn—to attempt to understand the downward spiral of the American working class. His latest book, F—-d At Birth delves deep into all these issues. He explores the realities of being poor in America in the coming decade, as a pandemic, economic crisis, and social revolution up-end the country. Maharidge channels the history of poverty in America to help inform the voices he encounters daily. With F—-d At Birth, he dares the reader to see themselves in those suffering the most and to finally, after decades of refusal, recalibrate what we are going to do about it.

To begin the show, new music from Cathal Coughlan an Irish singer-songwriter who is not shy about sharing and exposing his opinions. As you’ll hear with Owl In The Parlour from his latest solo album, Songs Of Co-Aklan. The Irish Times described Cathal as the “genius of Irish rock”, noting his earlier and acclaimed bands, Microdisney and The Fatima Mansions. Make sure you check out Norman B’s Conversation With Cathal Coughlan. We close the show with a powerful new singer-songwriter discovery from London, YVA with a beautiful acoustic version of her debut single, I Won’t Wait. Amy Holford performs under the moniker of YVA, and we suggest you keep a watchful eye out for more releases from YVA.