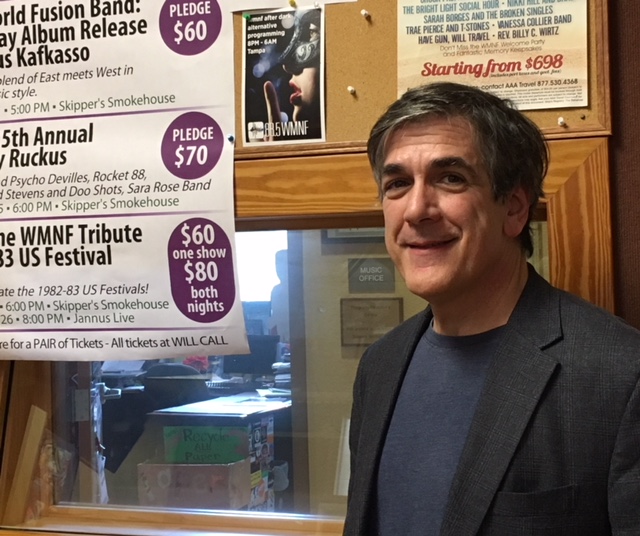 Good Morning, welcome to Radioactivity. I’m Rob Lorei. Coming up we’ll hear about a local record producer who had a long list of million selling hits including “Stay”, “Ballad of Snoopy and the Red Baron”, and “Abraham Martin and John”. There’s a new biography of this almost forgotten record producer and we’ll talk about it in a moment.

And later we’ll meet the Washington Post’s Moscow Bureau chief and find out what the Russian’s think of Donald Trump.

Our first guest is Bill DeYoung who has written a new book about a local record producer who had a knack for finding hit songs—and whose career spanned from Doo Wop to bubble gum to rock to country.

Bill’s book is about Phil Gernhard—who might be one of the most famous record producers to come out of this area. There will be a book release event March 16th at St. Petersburg’s Studio 620 @ 7PM.

Phil Gernhard, Record Man is a biography of Florida�s first-ever music mogul. Gernhard, from Sarasota, was a man who did it all. As a 19-year-old college student at the University of South Carolina, he produced �Stay,� the classic doo-wop record by Maurice Williams and the Zodiacs, which reached No. 1 in 1960. Back at home, he was behind most of the Tampa Bay area�s great �garage rock� records of the mid �60s, from the Tropics to the Raven to Hoppi & the Beau Heems.

David Filipov has just returned from Russia and a tour as the Moscow Bureau chief of The Washington Post, where he covered the aftermath of the election of Donald Trump in Russia and the slow descent of U.S.-Russian relations into something resembling a new Cold War.

A fully proficient Russian speaker, Filipov previously covered Russia and the former Soviet Union for The Boston Globe from 1994 to 2004. Filipov wrote about Boris Yeltsin’s Kremlin, the civil wars in Chechnya, unrest in the former Soviet republics, and the rise of Vladimir Putin.

Filipov is a graduate of Brown University, where he majored in Russian studies, and Bryn Mawr College, where he earned an M.A. in Russian language and literature.