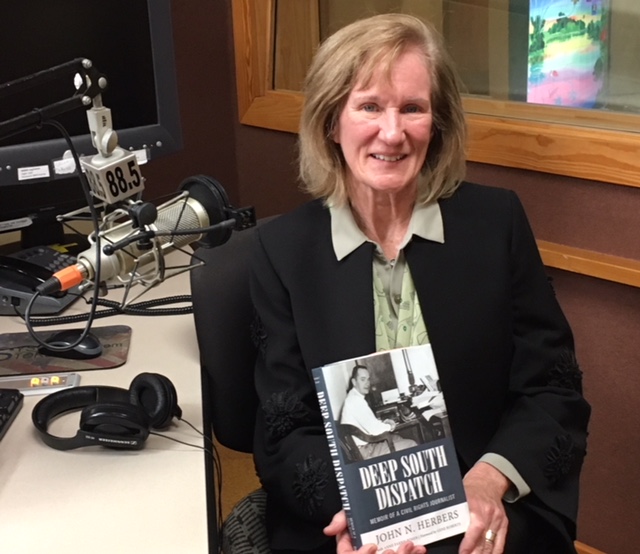 But perhaps the most important part of his journalism career was covering the rise of the modern civil rights movement.
Over four decades, including 24 years with The New York Times, he covered the trial of the alleged killers of Emmett Till, the 1963 Birmingham Church bombing in which four girls were brutally killed, the murders of the civil rights workers, James Cheney, Mickey Schwerner and Andrew Goodman. Herbers died last year at the age of 93. But his before he died he finished a manuscript about his years covering the Civil Rights Movement along with his daughter Anne Farris Rosen. No w a journalism professor, Anne Rosen (https://annefarrisrosen.com/)will be speaking this afternoon in Tampa at Inkwood Books at 6PM. The book is called DEEP SOUTH DISPATCH: Memoir of a Civil Rights Journalist ((University Press of Mississippi).