Home WMNF News Drugs New study finds Florida lagging behind when it comes to creating green jobs and Son of the largest marijuana dealer in U.S. discusses his new book 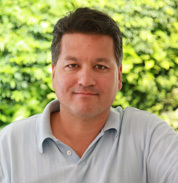 Today on Radioactivity we discuss why Florida is lagging behind northern states when it comes to creating green jobs.

More than 130,000 Floridians currently work at 14,000-plus clean energy businesses spread almost equally across the state, according to a first-of-its-kind Florida clean jobs census released today by the nonpartisan business groups Environmental Entrepreneurs (E2), Florida Alliance for Renewable Energy (FARE) and the Florida Chapter of the Energy Services Coalition.

The study “Clean Jobs Florida: Sizing Up Florida’s Clean Energy Jobs Base and its Potential” shows that while clean energy is a significant employer in Florida, the state does not come close to living up to its potential.

Later Rob, speaks with Tony Dakoupil, the son of one of the largest marijuana dealers in the country about his a new book that discusses growing up in Florida and his father’s illegal drug business.