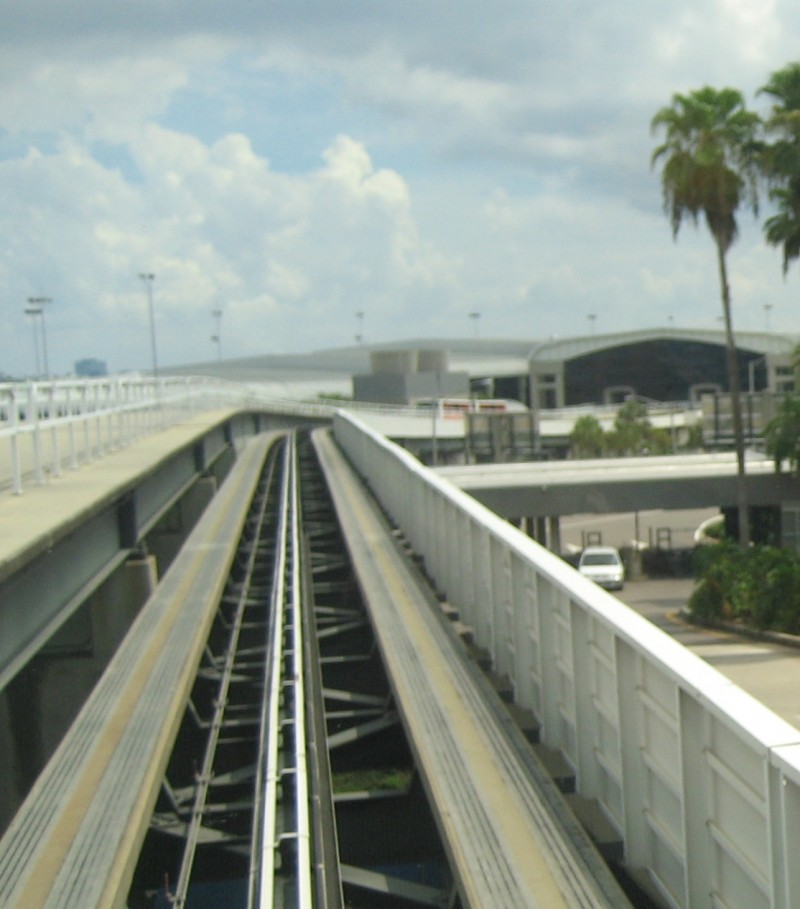 In order to compete with other coastal cities Port Tampa Bay recently purchased two giant, Chinese-made cranes to unload the new massive container ships that can take advantage of the Panama Canal expansion that opens in June; but critics say major infrastructure improvements here should favor American-made products in order to better help the economy. Paul Anderson, president and CEO of Port Tampa Bay says the old cranes the port used were not big enough to compete.

“That will give us the opportunity now to recruit and market the companies that own those ships, to come into Port Tampa Bay, so that we can serve the 8.5 million residents of the I-4 corridor, the 8th largest economy – metro-market — in the U.S. As well as the huge network of distribution centers for all of the big box stores, the WalMarts and Rooms to Go and Targets that we currently cannot serve because we just can’t get the ships to come into the port because of the cranes. And now we can. So, this is a very exciting moment, for Port Tampa Bay and our future.”

Unlike the new mega cruise ships, Anderson says the largest new container ships will fit easily underneath the Sunshine Skyway Bridge. The new 300-foot-high cranes, which were delivered this month, are assembled by ZPMC in Shanghai, China. So, why make a major purchase of nearly $25 million from overseas rather than from an American company?

“I appreciate the question. It’s ‘Why do you buy 85% of the goods in WalMart being made in China?’ That’s because the free market, that’s where the cost was.

“In our case, we only had one company that responded to the bid and that was EPMC. They are providing 90% of the cranes in the United States. And over 70% of the global Post Panamax Gantry cranes. And it’s just, the order of magnitude is that’s pretty much where the best cost was and we feel that cost was a very significant factor for the taxpayer.”

But supporters of a buy-American-first strategy say the U.S. economy could use help. Scott Paul is the president of the Alliance for American Manufacturing.

“For major construction projects this has been an issue for the United States. Because compared to the investments that some other countries are making in their infrastructure – in their port development, in their airport development, in countries like China or in Japan or Western Europe or Brazil. The U.S. market has not been as strong, and as a result some of that production of this kind of major infrastructure project equipment has been moving overseas.”

Paul says that “buy American” should especially be required when government funds are used for major projects. Anderson, from Port Tampa Bay, says the funds for the two Post-Panamax gantry cranes came partly from the state of Florida.

The Florida Legislature sets funding for the state DOT. State Representative Darryl Rouson is based in St. Petersburg; the Democrat is running for state Senate. Rouson says when state money is used he prefers that American companies be fairly considered.

“I support the expansion of the Port because it means that: good for the economy and good jobs. However we need to balance that when we’re using state funds to create that expansion and jobs. And if it’s possible to purchase these cranes in the United States then we ought to look towards doing that as a way of spreading economic development amongst out states and amongst out cities and amongst our companies where these things might be manufactured.”

State funds will also be used to purchase rail cars from Japan for a Tampa International Airport expansion. Airport spokesperson Janet Zink says the $953 million airport expansion will handle more passengers and clear up curbside traffic. Part of that is a 1.4 mile automated people mover to connect a new rental car center with the main terminal. The airport will spend $300 million on stations and other infrastructure and $100 million on purchasing twelve train cars from the Japanese company Mitsubishi.

“We did a competitive bid for the trains and Mitsubishi came in as the best bidder. They were $60 million below Bombardier. So when we go out for bid, what we’re looking for: high quality at a good price. And that’s what we got with Mitsubishi. … So, it’s about a $400 million project. And that funding comes from the State of Florida, from rental car fees and also from fees that are attached to airline tickets.”

Zink says the airport decided not to pursue a federal loan because of its “buy American” requirement.

“We realized that if we did go for that then we would only have one bidder on the project. And we felt like we were more interested in the cost savings then getting the loan. And when you started doing the cost-benefit analysis, there was not much of a benefit to having only one bidder and going for that federal loan.”

But it may be the case that some of the infrastructure upgrades are so specific that no American company manufactures them and they’re only available from overseas. Port Tampa Bay’s Anderson says that’s the case for the mega-cranes.

“No U.S. company makes these cranes. So, just like other ports around the country, it was: ‘Either you get cranes and you grow and you create jobs and economic development and bring new shipping companies to serve the fastest growing state in the nation, with 20 million residents, or you don’t buy them.”

But Scott Paul from the Alliance for American Manufacturing says “buy American” requirements could recreate the supply chain here in the U.S., like what has happened with streetcars.

“There hadn’t been a streetcar industry in the United States for well over 50 years. But, because there was this community interest in cities like Portland, Oregon and in Tucson and in some other places and in Washington D.C., actually, it created a market for streetcar construction in the United States because of these procurement requirements.

“So, now we have firms that are manufacturing streetcars in the United States. So, it is possible to bring some of these jobs and that type of manufacturing back but, there has to be a market for it–first of all–and then you need the right types of procurement policies to make that possible.”

Paul says those policies could be “buy American” requirements or other incentives. He says organizations just going with the lowest bid from an overseas company might be “penny wise, pound foolish;” having an overall negative affect on the economy by supporting fewer high-wage manufacturing jobs.