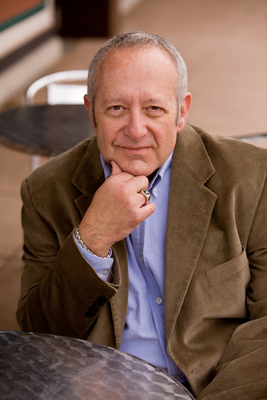 After a long search, WMNF has found its new general manager; Craig Kopp will leave his position as host of All Things Considered at WUSF to be the new manager of this station, 88.5 FM. His first day at WMNF will be March 2.

Craig Kopp said, “WMNF is a Tampa Bay treasure. What other station in town can say it started
by seeking donations door-to-door. It is really a Tampa Bay station – for the people, by the people. WMNF’s all-volunteer air staff and support personnel have what it has always
taken to make radio a compelling medium – passion! And, since radio is and always has been my passion, WMNF and I are a perfect fit.”

To find out more, WMNF News interviewed the president of WMNF’s board of directors, Michael Bagby – who goes by the radio name KTUF when he hosts his Saturday afternoon music program, the Seventies Show.

“Yes, we have made a decision to hire Craig Kopp, locally known and nationally known news person that applied with over a hundred other people. So it was a long, grueling process and after many interviews we decided to go with Craig Kopp feeling that he had the experience and the energy ant the ideas to lead the station into the future.”

And Craig works now at WUSF, which is a radio station in town.

So, he’ll be leaving there, coming here. He’s the host of the All Things Considered show in the afternoon.

“That’s right; he’s been doing that since 2011. He is a beloved figure there and a lot of people in the Tampa Bay area will certainly recognize his voice. Although, initially his job won’t be to go on the air except maybe for fundraising, which is one of our big areas of concern right now, which he’s very, very good at. But really to come in and listen, take a look at who we are, understand our climate and our history; what we’re all about. He thinks the history of this station is unbelievable: hoisting the tower originally at the station here, I guess on a truck. I wasn’t around then, I’ve been here since 2005, right after the [new] building had gone up. But, he was really impressed with the story and he thinks that that’s one of the things that we really need to broadcast out there so people know what the station really is; that we’re not just Community Conscious Radio because we say so. We really are conscious of who we are and what this community is.”

It’s very common for a general manager to have a lot of radio experience like Craig Kopp does. But he specifically has news experience. What does that mean for WMNF?

“Well, we just went through a period of program changes where we rearrange some things for our programming, of course, with news and public affairs programming. And every time we go through that it upsets people and rightly so; if you’re used to hearing certain shows at certain times. And one of the issues was it looks like we’re cutting back. And we really wanted to say something with this hire that we are committed to news. We think our news team, including yourself, needs to expand and needs to really get out there and cover the local scene and that’s what Craig is going to bring to the station. And that’s what he is clearly communicated to us that we really have to emphasize who we are locally and what’s going on here locally.”

So, WMNF has gone through some general managers in the recent past is this going to change? I assume you were looking for someone you thought would stick around for a long time and would work with the station.

“Well, one of the things he said when we met with him to offer him the contract was, ‘I’m going to be here a long time.’ And he feels that this is something that is almost a culmination of what he’s been building up his entire career. He has worked combining news and music from the very beginning in the early Seventies in the wild halcyon days of the progressive rock stations. He started in Toledo, went to Cincinnati. On a personal basis, he was a broadcaster in Cincinnati where I grew up, so I was well aware of Craig Kopp. He did a show with a person named Rick Bird and they were called the News Brothers. It was the time when the Blues Brothers movie came out. We really loved Craig there and when he moved down here, of course, it was great to hear his voice. But, he’s really committed to the sense that this station needs to reaffirm who we are and to remind ourselves who we are and to raise the level of our professionalism. Of course, the other people — the other station managers, the general managers who were here — when they were hired the same was thought; that they were going to really be the right fit for the station. And for one reason or another — whoever’s fault or maybe no fault at all — there just wasn’t a good fit. And hopefully this time it will be. And the station is going to be a beacon in this area and beyond to what community radio can really be.”